Holness calls for free movement of labour within CARICOM 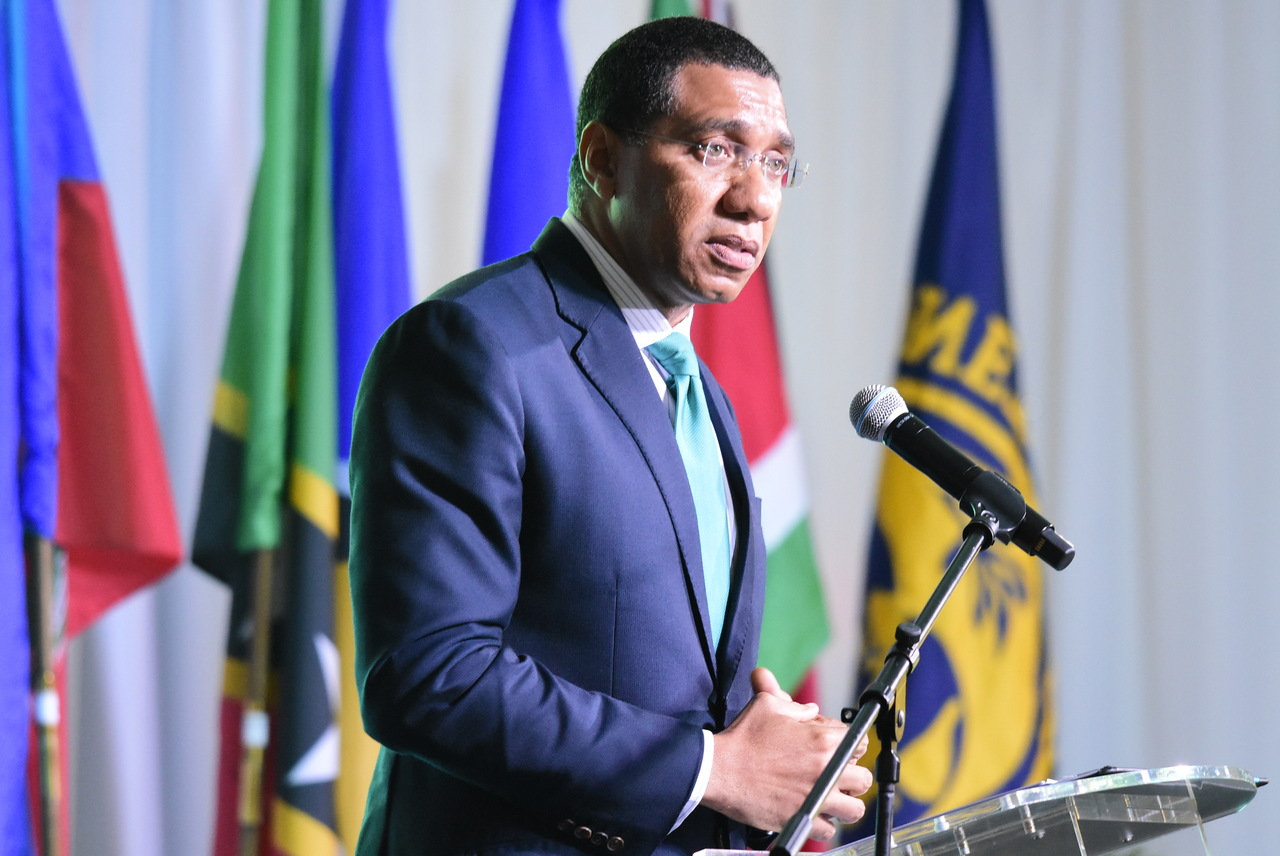 Jamaica’s Prime Minister, Andrew Holness, has expressed the view that the region needs to collaborate more to build resilience to natural disasters, considering the threat the disasters pose to not just livelihoods, but the economies across the Caribbean.

“The background reality is that given the scale and the velocity of these naturally occurring phenomenon with economic impact measured in double and triple-digit units of GDP, the Caribbean will in the foreseeable future be dependent on external response capacity,” Holness said in his address at the High-Level Caribbean Forum at the Jamaica Pegasus Hotel in Kingston on Thursday.

Out of the key regional connectivity, Holness called on Caribbean leaders to consider free movement of labour within the region.

“It becomes a particular concern when viewed against the backdrop of natural disasters. Can you imagine a sustained economy fallout in our sister islands, how those economies will recover. Yet there is not a framework to allow the free movement of labour, even temporarily, to help as part of the recovery and relief,” the Jamaican prime minister said.

Citing an instance where students from affected sister islands were able to complete their studies in areas not affected by a natural disaster, Holness said the Caribbean countries had the capacity to open not just schools, but economies.

“That will give us, as a Caribbean, (the capacity) to respond to disasters. We should look at this whilst looking at the broader context of economic growth,” he urged.

Holness also called on regional leaders to work together to fight against organised crime.

“The international narcotics trade, smuggling of arms, are becoming significant threats to the region … what we can all attest to as Caribbean leaders is that our fiscal capacity affects our capacity to deal with all the threats that face our nations,” Holness said.

“We have historically thought of boundaries from a national frame of reference, but we all live in one Caribbean sea and, therefore, the way in which we look at the Caribbean, in terms of how we view security, we have to police the Caribbean sea border as if it were one country, and not several countries trying to police your own border,” he reasoned.