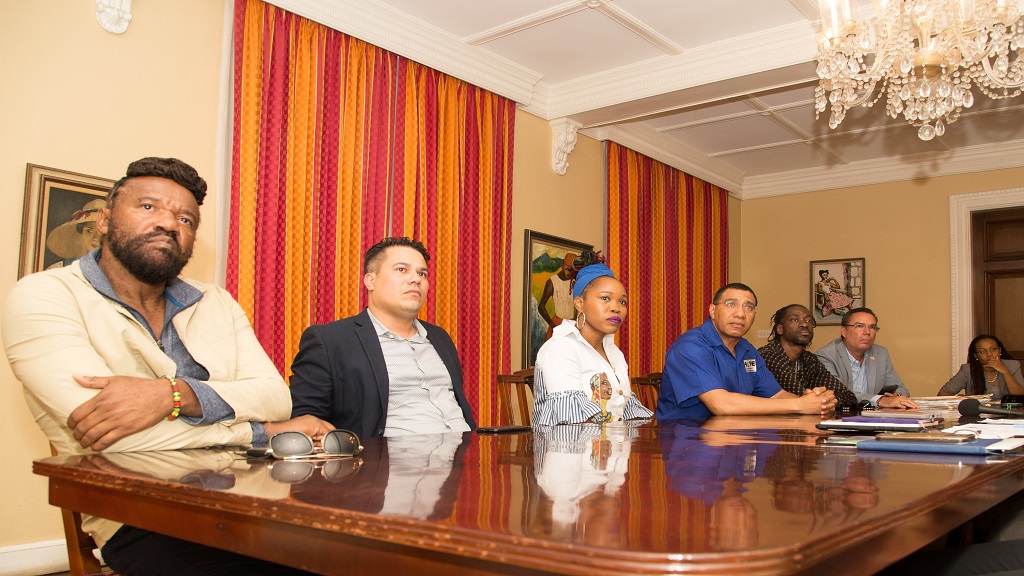 Prime Minister Andrew Holness on Wednesday met with three members of the entertainment industry who have raised concerns over bauxite mining in the Cockpit Country.

According to a news release from the Office of the Prime Minister, Holness said he understands the sensitivities surrounding the discussion on the Cockpit Country. However, he noted the Government is in a far better position to resolving the matter.

“The Government is quite advanced in a process in deciding as to whether or not there should be any mining allowed in this area. The government is exploring alternatives, it can be said that we are looking at alternatives," Holness said.

"The Government is committed to protecting the area that has been declared. We are committed to protecting that area, we are in the process of physically marking the boundary on the ground and we are asking the public and persons involved in the area to support the demarcation," he continued. "The Government is also sensitive to the hydrological issues-particularly what is happening now. So, that will feature heavily in any decision that the Government makes.”

In that regard, the prime minister stated that the Government has carefully examined the area that needs to be protected and has defended it to ensure that there is no intrusion from surrounding communities, the OPM release stated.

According to Holness, the geomorphology and hydrology of the Cockpit County will be protected from activities such as mining, deforestation and water contamination. Endangered and indigenous species of flora and fauna will also be protected, and harmful farming practices prohibited.

In addition to that, Holness reportedly stated that the boundary for the Cockpit Country protected area is already defined with a buffer to protect against intrusion into the forest.

“Some people are saying that there should be a buffer. But you would see that in the way in which we have defined it because we have taken in larger than what is the Cockpit Country, the buffer is already there. It doesn’t say that if there are for example water resources in areas around it, that those can’t be protected.

"It doesn’t say that if there is a monument or an artefact or a historic site outside of the boundary that those can’t be protected. So, there are still ways to protect assets that are not inside here,” said Holness.

According to Holness, economic activities that do not threaten the preservation of the Cockpit Country can still be considered. However, such activities must satisfy the regulations of NEPA.

In the meantime, Holness said the measures that have been implemented will improve Jamaica’s aesthetics.