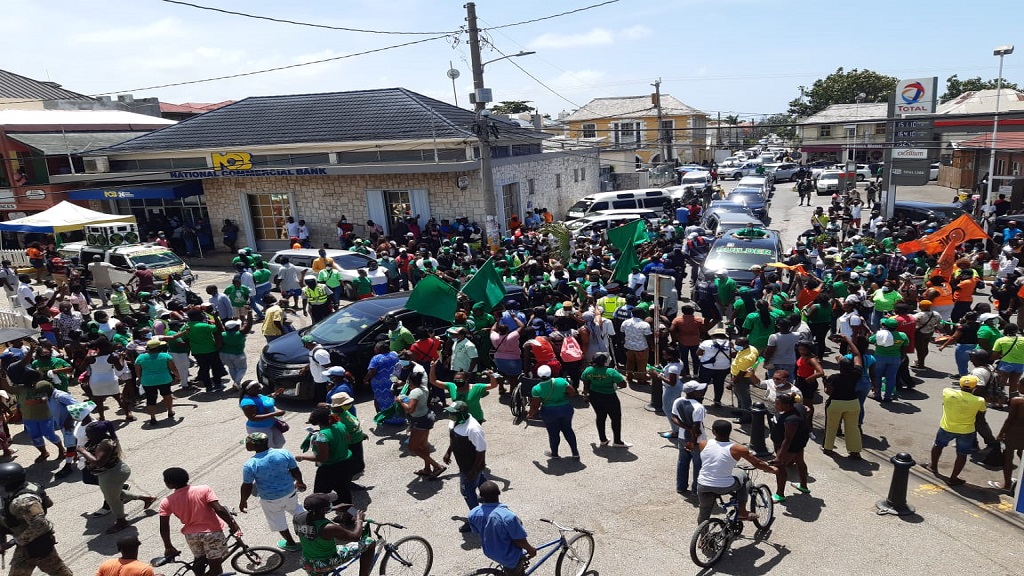 Leader of the Jamaica Labour Party (JLP), Prime Minister Andrew Holness, has warned his party’s supporters that he will not support them disturbing events that are planned by other political parties in the ongoing election campaign.

Holness was speaking after supporters of the People's National Party (PNP), donning in party colours, repeatedly sought to ‘crashed’ a JLP tour of sections of the Trelawny Northern constituency on Monday.

The PNP supporters intruded the JLP tour in Falmouth, Clark's Town and Duncans.

"The time for antagonistic and confrontational politics is over," he added.

The prime minister was introducing political neophyte, attorney-at-law Tova Hamilton, to party supporters in the constituency during a daylong tour on Monday.

Hamilton will be attempting to unseat the PNP incumbent, Victor Wright, in the September 3 General Elections.

At the time of the tour the date for the polls had not yet been announced, but a day later, Holness furnished the timeline for the campaign and the polls while addressing Parliament.

The Government had promised that the elections will not be held under the existing states of emergency, and it was decided in the parliamentary sitting that the emergency security provisions will come to an end on August 17, a day before Nomination Day on August 18.