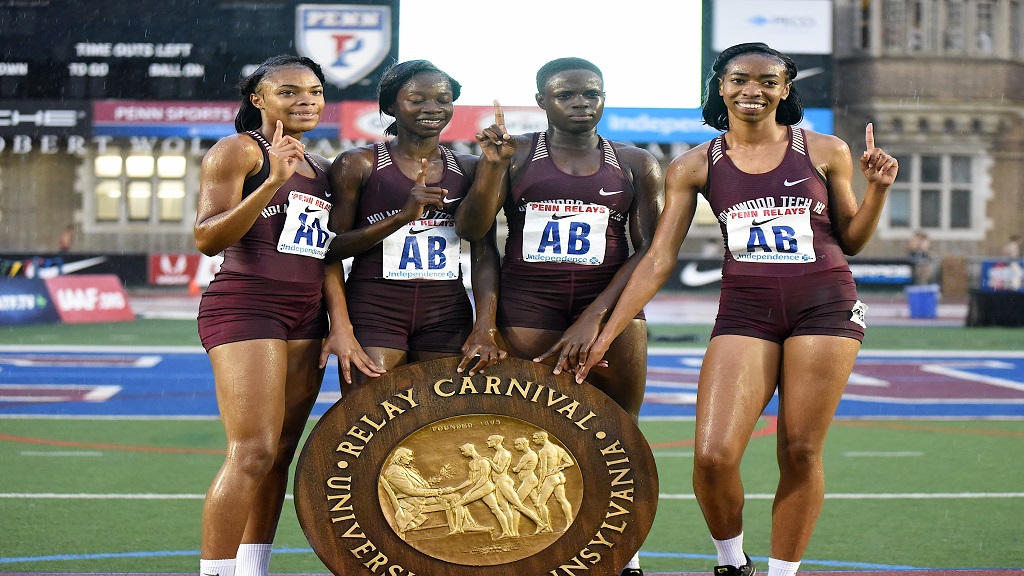 Members of Holmwood Technical's 4x400m team following their championship victory in heavy downpour at the Penn Relays Carnival on April 26, 2019.

Holmwood Technical High School upstaged Hydel High on a rainy day to win the High School Girls' 4x400 Championship of America title on the second day of the 125th Penn Relays Carnival at Franklin Field in Philadelphia on Friday.

The Michael Dyke-coached team with Serena Cole, Kevona Davis and twin sisters Tina and Tia Clayton won in an impressive 43.62 seconds to erase the 2017 championship record of 43.96 the school set in 2017. Davis was also a member of the 2017 team. 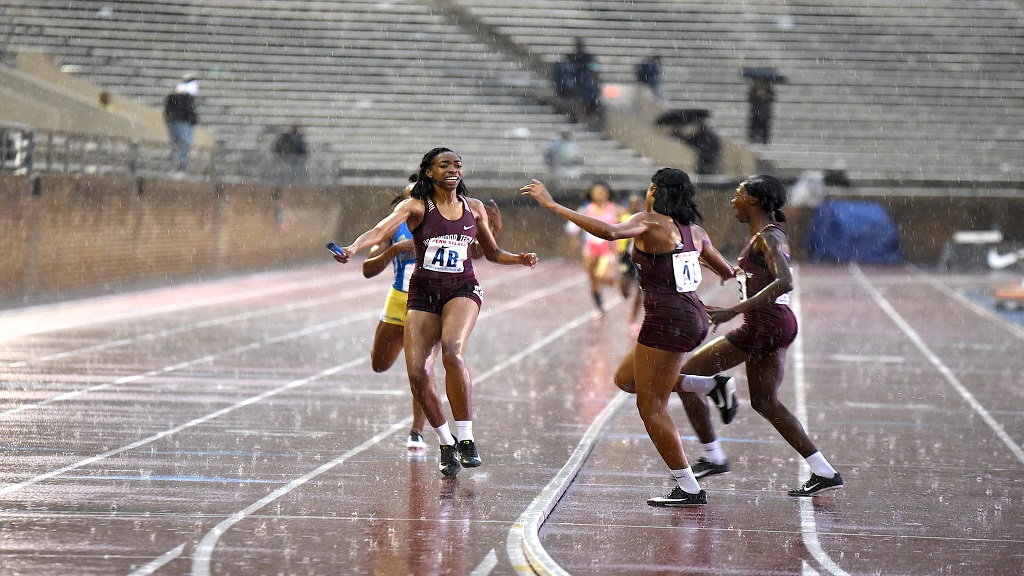 Chang, the 2018 World U20 champion was the only thrower in the field to achieve a throw of over 60m.

Daniel Cope of Petersfield High was the closest competitor having hurled the discus out to 59.42m on his fourth attempt. Paul Brennan of Princeton in New Jersey managed a credible 56.99m for third.

Five of Love’s six throws went beyond 57m in rainy conditions not ideal for throwing. Still, she managed to power the disc out to 58.25m on her final throw to seal the victory.

Ashley Anumba of the University of Pennsylvania copped the silver with 56.05m while Venique Harris of Albany took the bronze medal with 54.39m.

Action on Saturday's third and final day starts at 7:00 am.

Kingston College (KC) will enter the High School Boys' 4x100 Championship of America with the fastest qualifying time of 41.05 seconds following the preliminaries.

The preliminary round of the Boys' 4x400m will be run on Saturday morning.

The Jamaica Athletics Administrative Association named a 32-member team to compete in the relays against the USA.