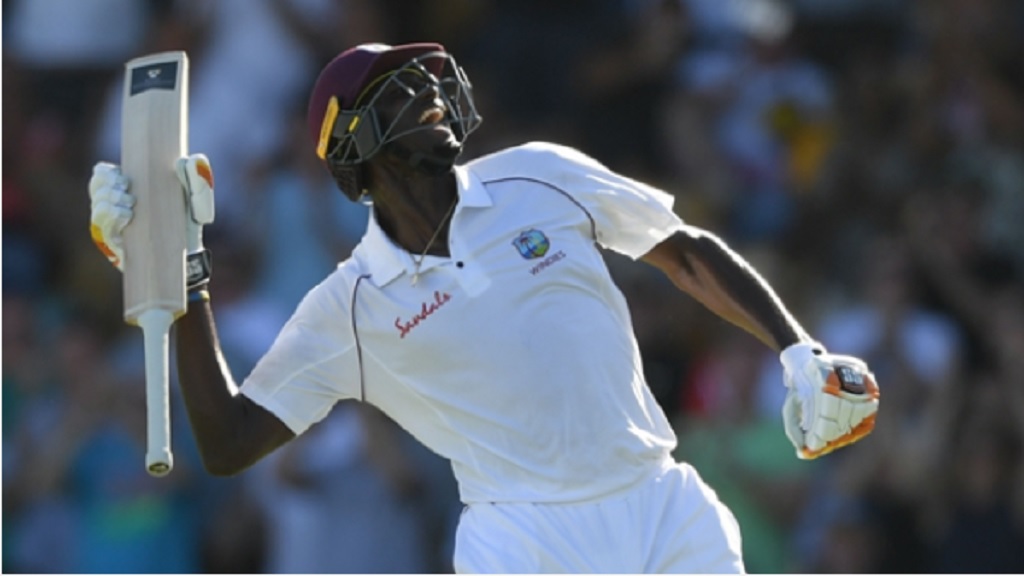 Captain Jason Holder scored his first double hundred as he and Shane Dowrich put on the highest seventh-wicket partnership against England in Tests on Friday  to continue the pummelling of the tourists in the series opener.

If England thought they had reached their nadir in this contest when they were demolished for 77 in the first innings, Holder and Dowrich proved them sorely mistaken with a brutal batting display on a day three where no wickets fell.

Holder, so often the last line of defence for Windies in matches where they have been on the receiving end of commanding scorecards, turned his overnight seven into a marvellous unbeaten 202 that featured 23 fours and eight sixes.

His effort marked the highest score by a West Indian number eight in Tests, but was certainly not alone in bludgeoning the England attack at will as Dowrich posted 116 not out, his second highest five-day score.

It was a joyous day for the Barbadian duo at their home ground in Bridgetown, with their 295-run stand finally brought to an end after Holder surpassed 200, the skipper declaring with the Windies on 415-6, a lead of 627.

England's openers produced a show of defiance in response, Rory Burns fluent in reaching stumps unbeaten on 39, all but seven of those runs coming via the boundary as England closed on 56-0, still 572 runs behind.

It was a day of utter toil for England's bowlers, with the tourists turning to captain Joe Root and Keaton Jennings to help preserve the likes of James Anderson and Ben Stokes as a lifeless pitch offered them nothing.

As the seamers found no way through, the spinners were dealt with in brutal fashion and it was fitting that Holder's 100 was brought up when he whacked a six down the ground off Adil Rashid.

He surpassed 150 by tea, at which point Dowrich was three runs short of his ton. It soon arrived after the resumption, though, as he cracked Moeen Ali through point to reach three figures for the third time in Tests.

Holder then hit the accelerator and broke Viv Richards' record for the most sixes in a Windies innings against England, before whacking Jennings over the leg side for a boundary that brought up his 200 and the declaration, the captain leaping into the air in delight after becoming only the third number eight to score a Test double hundred.

Burns and Jennings were composed in guiding England to the close, but the task of batting two further days and escaping a humiliating defeat will be expected to be a futile one.