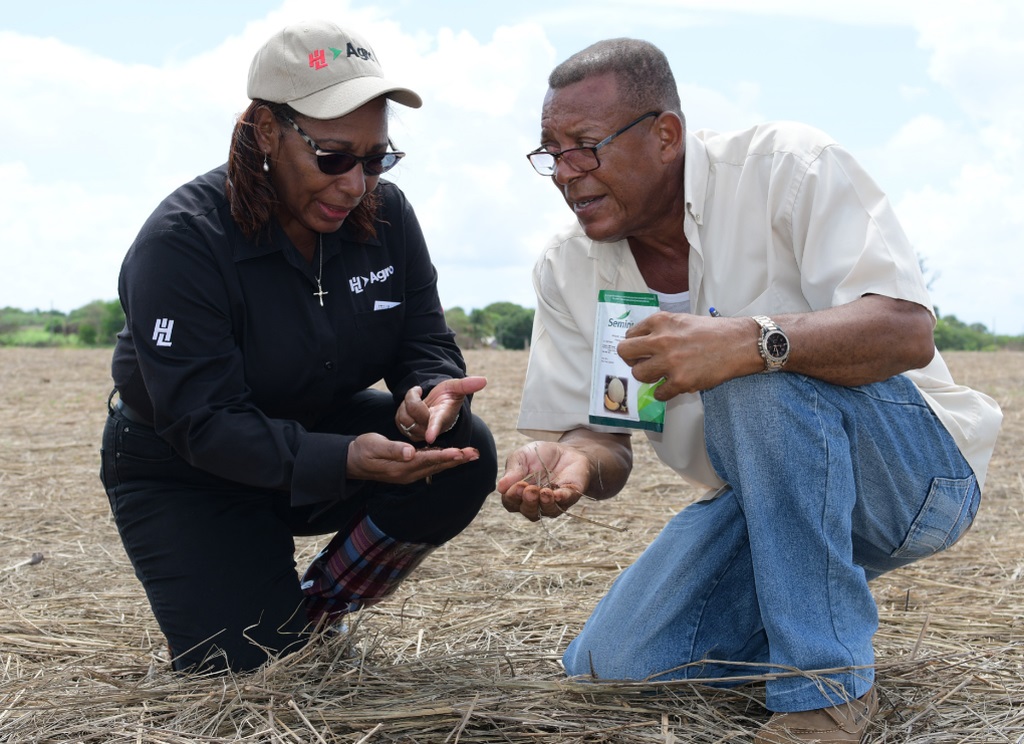 Deputy Chief Executive Officer, Olive Downer Walsh of Hardware and Lumber Limited, talks with melon farmer Vernon Reynolds who was one of the 40 farmers that suffered losses.

On August 16 when fire engulfed crops at Flagaman District in the breadbasket parish of St Elizabeth, the community’s resolve was shaken.

Now, two months later, though vast portions of the fields remain charred, the farmers stand resilient in the face of the threat to their livelihood.

Flagaman boasts a shared sense of duty, which helped to hasten their response to the fire. On the day of the fire, the community worked relentlessly with the Jamaica Fire Brigade to confront the disaster, quickly bringing the fire under control.

Vernon Reynolds, whose seven-acre farm was nearly destroyed by the blaze, said, “It was reassuring to see everyone doing what they could. People didn't just wait for help to come—they played their part. My son and I transported water with our trucks, saving homes threatened by the flames. A neighbour even allowed the trucks to drive through his fields, sacrificing his produce that was ready to be harvested.”

Farm-hands in Flagaman, St Elizabeth tend to one of the plots ravaged by wildfire earlier in August. Produce, such as melons and sweet peppers, in addition to grass used for mulching, and farming equipment were among the main losses they suffered.

The fire affected over 200 acres of land, consuming crops such as melons, cantaloupes and sweet peppers that were set for harvest; along with just planted seedlings and farming equipment. More than 30 plots were severely damaged, with the overall loss suffered projected at $45 million, according to the latest estimates from the Rural Agricultural Development Authority (RADA).

The Parish Agricultural Manager at RADA, Nathan Samuels, lauded the farmers' response saying, “Flagaman is a major contributor to the wider economy. Had they suffered greater losses, the effects would have been felt right across the agricultural sector. We empathise with these farmers. The scale of their sacrifice and quick action make them truly unsung heroes of Southern St Elizabeth.”

H&L Agro, a division of Hardware & Lumber Limited, Jamaica's leading supplier of agricultural inputs, recently delivered support to the farmers at an event dubbed Farm Aid 2019, hosted at the St Peter’s Anglican Church Hall Flagaman, St Elizabeth. Among the contributions to the recovery were drums for agricultural use, fertilizers and hybrid vegetable seeds all valued at over $2 million. Members of the Jamaica Fire Brigade were also recognised for their efforts in preventing more significant losses from the blaze. 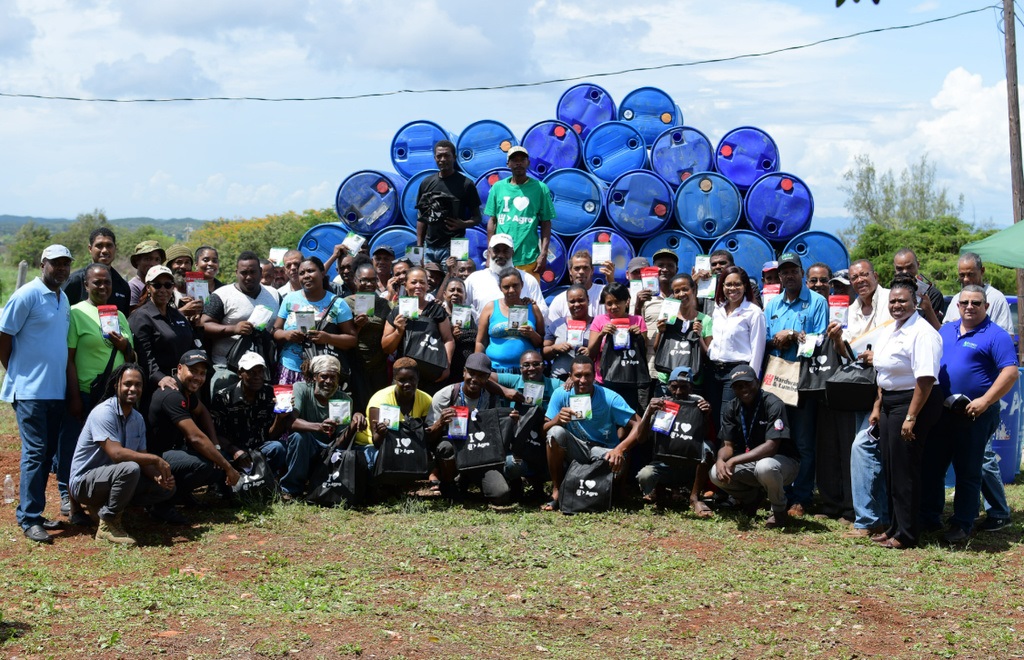 Farmers of Flagaman, St Elizabeth pose with members of the Hardware and Lumber Limited team, who partnered with the Rural Agricultural Development Authority to host Farm Aid 2019.

Richards affirmed H&L Agro’s commitment to working with the Ministry of Industry, Commerce, Agriculture & Fisheries and RADA for the continued development of agriculture. “The diligence and courage of the Jamaican farmer serve as an inspiration and a call to action for all of us at H&L Agro. We stand with you, as we always have—what we offer is a hand-up, not a hand-out," he said.

“We’re delighted for the contributions from H&L Agro,” said John Davis, whose farm was affected by the fire. “The drums, for example, couldn’t have come at a better time, because most of us lost ours to the fire despite our best efforts.” According to Davis, the crops planted after the fire will not come into harvest until January 2020, forcing the farmers to rely on their savings. "The support from H&L Agro will really help us to put back into our farms until things turn around, so it is much appreciated,” he said.