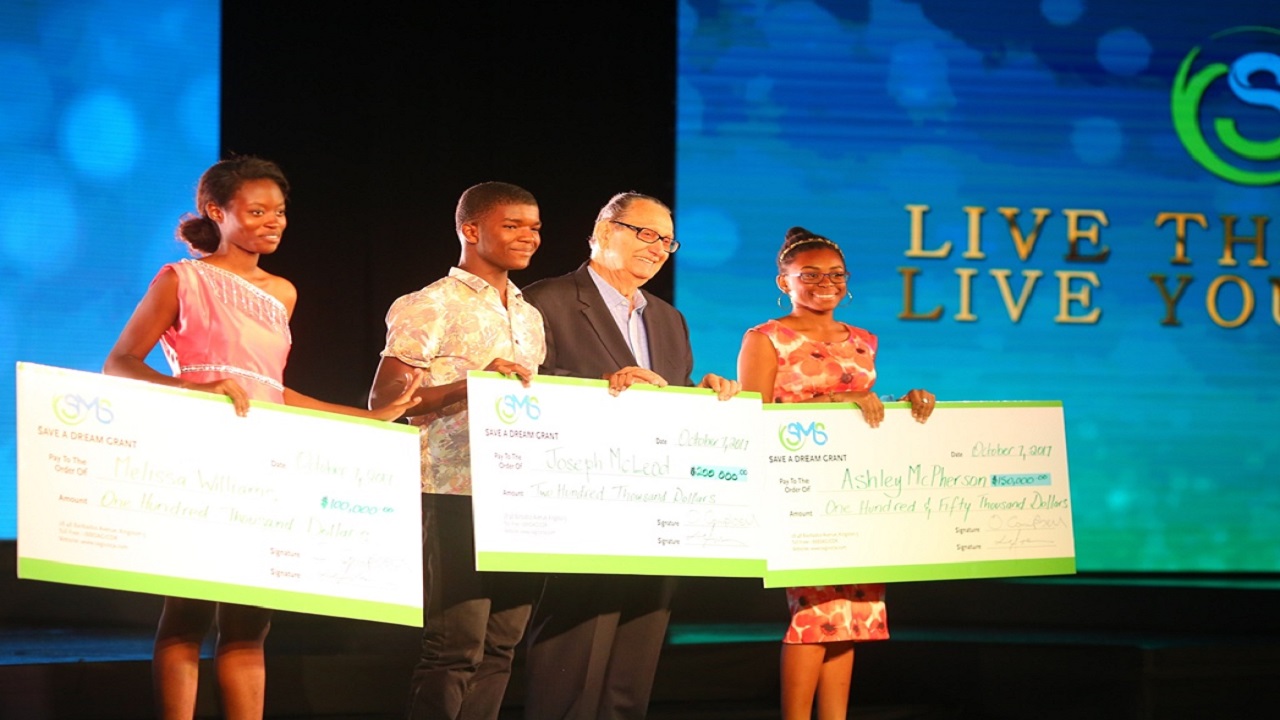 Some of the financial burdens of school expenses have been alleviated for three high school students following the award of educational grants to them by Sagicor Group Jamaica at its recently concluded weekend retreat - Sagicor Motivational Seminar (SMS) recently held at the Hyatt Ziva & Zilara Resort in Montego Bay.

All funds toward the scholarships were made possible by contribution from Sagicor team members.

The students, who were nominated by Sagicor team members who knew of their struggles, were extremely thankful and expressed their gratitude to Sagicor for assisting them.  Joseph, who wants to become an executive chef, simple wish was to have new khakis and books for school.

Unfortunately both his parents are currently unemployed, making it difficult to cover all his school related needs. Now, Joseph says he will be able to do the seven subjects he wanted to, but before the grant would only be able to do the ones paid for by the government.

“I am so grateful and thankful to Sagicor for this help, because of Sagicor I can now go to sixth form and further my education”, he said.

Ashley’s family was met with misfortune earlier this year, when they lost everything in a fire at home, with such a major set-back, the family was unable to cover some school expenses. Now with this grant, Ashley will be able to cover exam fees and finalise her outstanding school fees.

Christine McPherson, Ashley’s mom, said words cannot express how excited and grateful the family is for the help.

“The money will come in very handy and will help us tremendously in covering Ashley’s school expenses,” McPherson daid.

Melissa, who wants to become a Computer Scientist, noted that she greatly appreciates the grant as it will help to reduce some of the financial burdens her parents face. Both her parents are minimum wage earners and the money will help to purchase outstanding school supplies for the academic year.

Earlier in August, Sagicor Foundation, the charitable arm of the Group, disbursed millions in scholarship to 68 students from the GSAT to tertiary level. Currently there are over 200 students in the foundation scholarship programme.