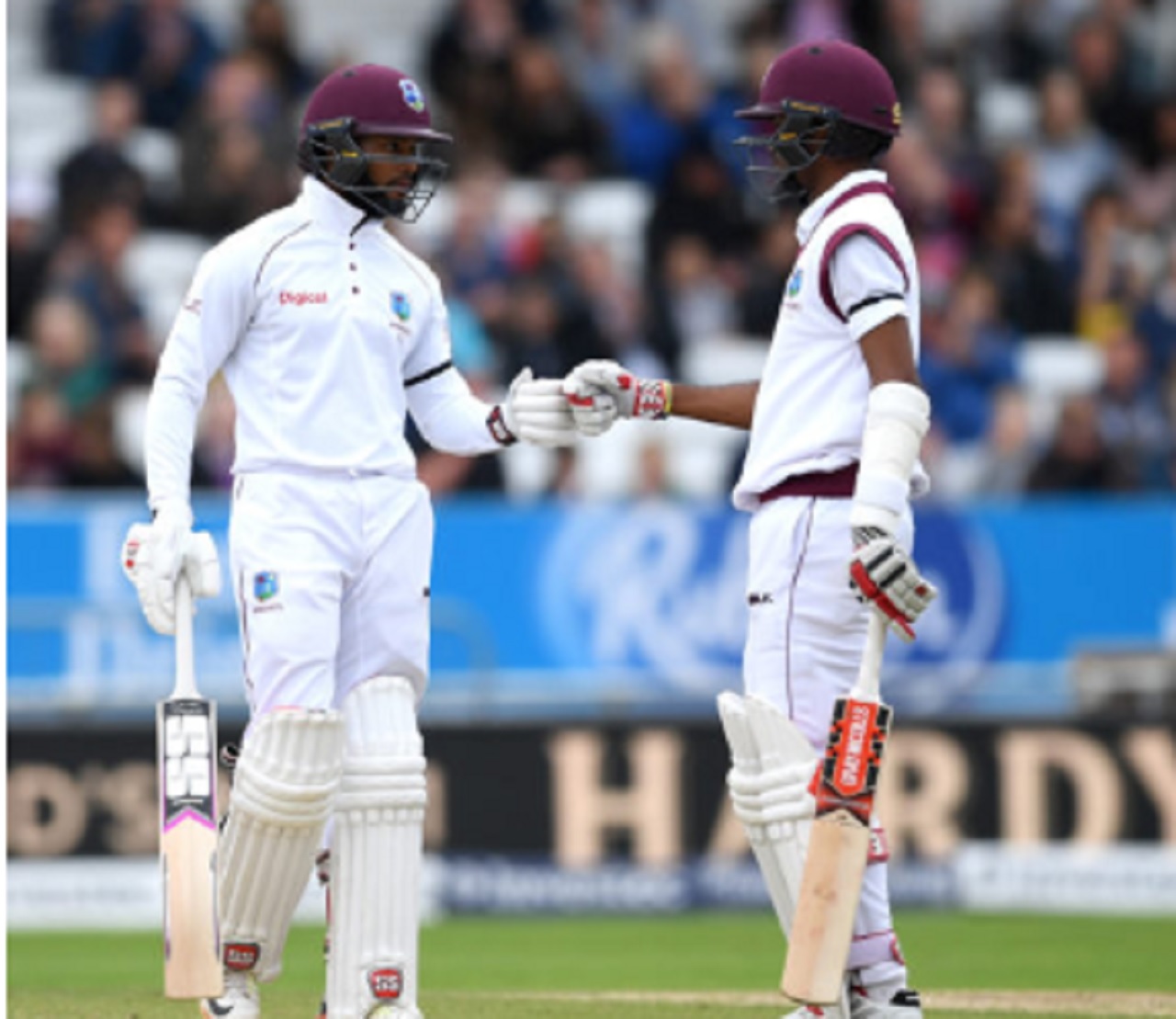 West Indies, preparing for the third and deciding Test against England next week, dominated the opening day of their two-day warm-up match against Leicestershire in England on Saturday.

The 20-year-old left-hander Hetmyer struck 128 not out at better than a run-a-ball as the Windies registered 377 for seven declared off 88 overs, after winning the toss and electing to bat at Grace Road.

Dowrich also made the most of his opportunity, scoring 108 not out off 176 balls with 16 fours as he regained touch in the lead-up to the decisive third Test at Lord’s next week.

He added an unbroken stand of 186 with Hetmyer for the eighth wicket after West Indies’ innings seemed to be petering out tamely at 191 for seven in the final session.

Earlier in the day, left-handed opener Kieran Powell also tuned up with a stroke-filled 82. He batted 3-½ hours, faced 154 balls and hit 12 fours and a huge six over midwicket.

However, the day belonged to the exciting Hetmyer who made his Test debut against Pakistan earlier this year but is yet to feature in the ongoing Test series against England.

Coming at number nine in just his third innings on tour, Hetmyer hit 17 fours and five sixes in just over two hours off 120 balls. He treated spectators to an array of breathtaking strokes on both side of the wicket, reaching his half century off 49 balls with nine fours and two sixes.

He then accelerated to raise his century off 100 balls, counting 12 fours and five sixes – two of which came in the same over from off-spinner Robert Sayer.

After reaching the landmark, Hetmyer continued to dominate and the declaration came in fading light as he cracked three boundaries in the final over of the day from left-arm pacer Dieter Klein.

Earlier in the day, the visitors slipped to five for two in the fourth over when opener Kraigg Brathwaite (2) and Kyle Hope (1) were both trapped leg-before in then space of seven balls.

Second Test hero Shai Hope then joined Powell and they repaired the early damage, adding 48 for the third wicket.

Hope counted six boundaries in a fluent 28 off 33 balls before he was bowled by seamer Richard Jones, leading to two quick wickets for seamer Gavin Griffiths, who finished with two for 70.

Roston Chase was lbw for two, trapped on the crease as Griffiths got a delivery to swing in and two balls later Jermaine Blackwood fell for a duck, well held at cover from a powerful drive.

Powell then began the revival for West Indies, putting on 117 for the sixth wicket with Dowrich, before Hetmyer arrived to swing the game in favour of the tourists.

Left-arm seamer Dieter Klein was the best bowler with three for 77.