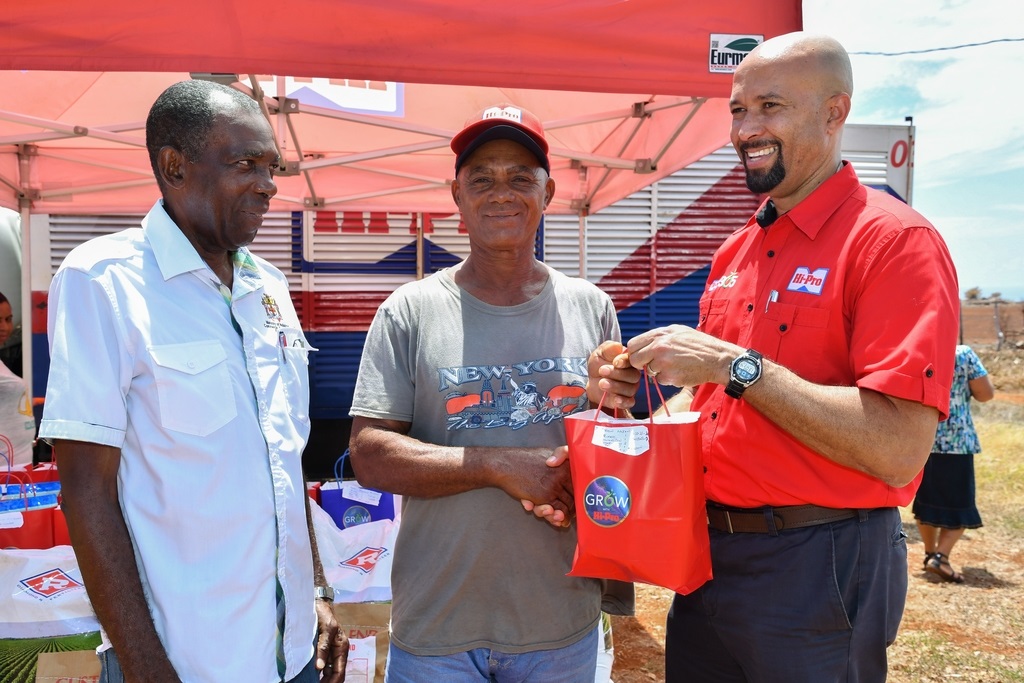 Emanuel Lloyd, who has been declared a ‘hero’ by the burnt-out farmers in Flagaman, St Elizabeth, was among 30 affected farmers who received products from Hi-Pro, a division of the Jamaica Broilers Group, to restart planting.

They were presented with beetroot, melon and cantaloupe seeds, as well as chemicals and fertiliser, valued at a total of $1 million.

At a handing over ceremony held at the Pedro Plains Anglican church hall, St Elizabeth, last Friday - and attended by Minister without Portfolio in the Ministry of Investment, Commerce, Agriculture & Fisheries (MICAF), JC Hutchinson and Member of Parliament for the area Floyd Green, who is also Minister of State in MICAF - the farmers recognised Lloyd with loud applause for the sacrifice he made to have water trucks trample his mature crops planted by the roadside in a desperate attempt to put out the fire which threatened his farm and 50 acres of crops nearby in Back Flagaman.

The fire eventually engulfed 200 acres of mulching grass and ready-for-harvest crops throughout the Flagaman/Pedro Plains communities.

“Yes! I am a hero,” Lloyd declared when asked how he felt about the celebrity status he had been given my his peers in the Flagaman community.

“How many persons would have allowed a water truck to drive through their farm, considering the cucumber, tomato and beetroot were ready for reaping in a few days?”

But Lloyd said he had no regrets in losing the potential earnings from his farm, as he didn’t think he had a choice because he wanted to save the farms. “It is in my nature to help, which I do all the time.  So this is nothing new,” he noted.

A former produce delivery truck driver, Lloyd, 61, took up farming about 12 years ago in his attempt to be financially independent.

“You don’t earn a lot from small farming…is only pocket money you make, but it helps me to assist my sons and my three-year-old granddaughter” he said.  In fact, he was planning to sell his crops to buy back-to-school supplies for her ahead of the September school reopening.

The shy and somewhat reserved farmer said he is ready to start over and expressed gratitude to Hi-Pro for the donations.

Assistant Vice President for Hi-Pro, Col (ret’d) Jaimie Ogilvie, said based on the strong relationship his organisation has built with the more than 130-thousand farmers across Jamaica, his organisation had to help those affected in the ‘bread basket’ of the country to get back on their feet.  “When agriculture grows, the national economy grows,” he said.

Ogilvie said Hi-Pro had always been supportive and facilitative in empowering persons to be productive and self-sustaining players in the agriculture sector.  “So in this case, we saw where these successful farmers were adversely affected and we wanted to help them return to their journey of success,” he noted.