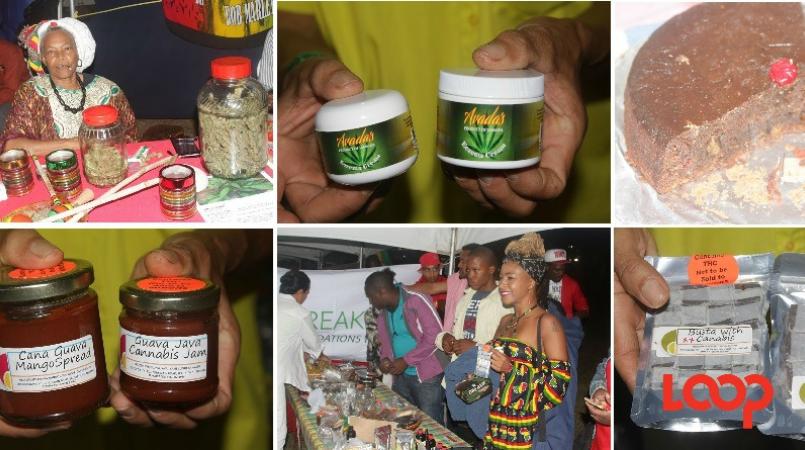 Like the stellar performances that the 24-year-old show is known for, ganja is also a staple, with the many patrons whether they indulge or not, getting intoxicated by the fragrance of the once forbidden tree.

With Jamaica decriminalising small quantities of the plant and the desire to hide now vanishing, Herb Curb, a section dedicated solely to ganja at Rebel Salute, was a major hit, with hundreds flocking to partake of its many delights.

The variety was huge. There were different strands of ganja, with the two most popular being the 'Afghan Blueberry' from the Rastafari Indiginous Village and the 'Mango Berry', which wore the favourite trophy from the Rastafari Roots House.

Don't get it wrong, both had a variety of different flavoured weed. For Rastafari Indigious Village, there was also the 'Orange Cush', while the most interesting names came from Rastafari Roots House, including 'Most Wanted', which could 'Cruise Control' on 'Auto Pilot'.

Mamma Terry from the Rastafari Indiginous Village, said, "from the crowd reaction, the Afghan Blueberry is doing the best. It smells awesome."

The natural weed was not the only product on display that was made from ganja. At the Jamaica CDB/THC Limited, there were products such as the ganja infused Carrot Cake, Chocolate Cake, Plain Cake and the Brownies.