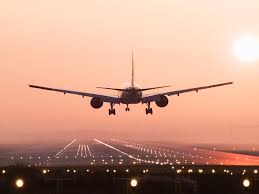 Transport and Mining Minister, Mike Henry, on Tuesday updated the House of Representatives on the challenges which have been faced by the Jamaica Civil Aviation Authority (JCAA) in respect of air traffic control within the island’s air space since lightning struck critical equipment last Friday.

Henry said the system failed completely after the impact of the “act of God”, resulting in a complete shutdown of air traffic control services within the island’s air space.

He said through resilience, the system, which was in transition to an entirely new platform, has been restored on a phased basis since Saturday, but cannot be brought back to full operation until critical parts are sourced abroad.

He said while a partial operation covering the normal operating hours of the day, and generally accommodating all air traffic into and out of the island, is now in place, emergency procurement measures are being undertaken to fast-track the necessary spare parts into the island.

He said he was philosophically banking on the widely-held notion that “lightning doesn’t strike at the same place twice”.

In the meantime, he said despite the challenges, safety, as a factor, is not being compromised within the partial, ongoing operations.

In response to a question from his Opposition counterpart, Mikhail Phillips, about the implications of both the main and back-up systems having gone out of service at the same time, Henry said the plan going forward, is to have a safer back-up system in place as part of the new air traffic system that is being established.