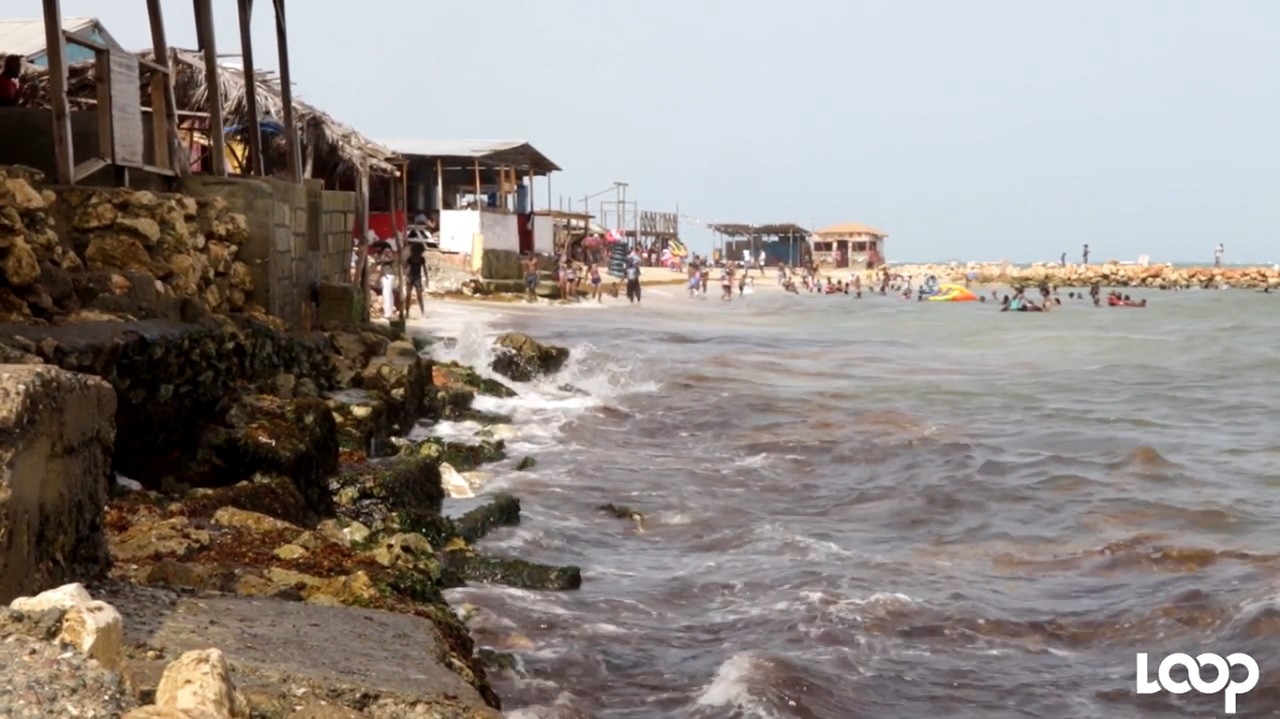 Restaurant operators at the Hellshire Beach in St Catherine are crying out to authorities to come to their rescue amid the coastal erosion at the popular south coast strip that has already claimed several businesses.

Last Wednesday night, the concrete structures of two food establishments were damaged as the sea dug out the underside of the structures, leaving large cracks in the wall and causing a tilt.

During a visit to the beach late last week, Loop News heard from vendors who are at their wits end over the impact the dwindling coastline has had on their businesses, and got a first-hand view of the erosion there.

There was once enough beach between the shops and the sea, that football and volleyball were regular activities for Hellshire visitors. The water was also once shallow enough in some sections to accommodate small children.

Now, that is mostly gone, with the high sea level almost completely shutting out children, and the water gnawing on shops made famous for their seafood delights.

The vendors argue that the erosion of the beach, which they blamed on varying factors, is being enabled by the inaction of the authorities.