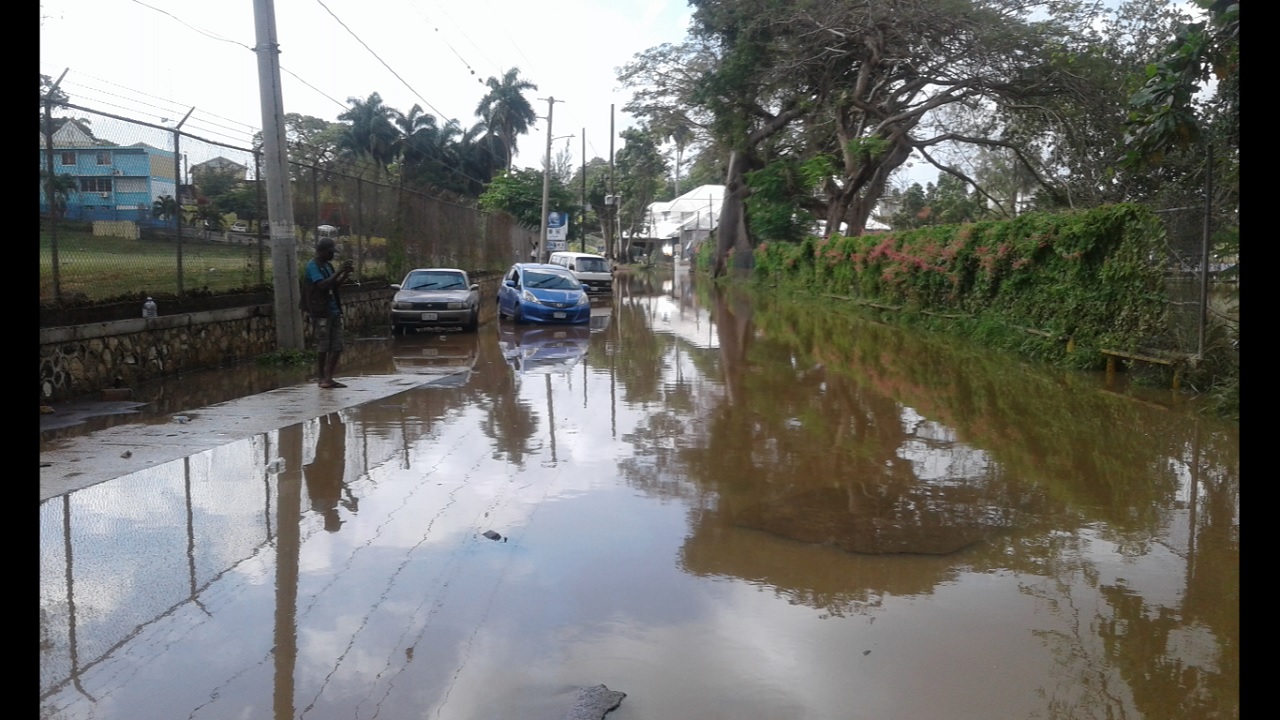 There is a massive traffic pile-up along Orange Street and surrounding areas in St James as motorists, who are trying to make their way through the town, have been left stranded because of major flooding on several roadways.

Reports reaching Loop News are that heavy rains that lashed sections of the city late Friday in early Saturday have left the roadways impassable forcing members of the public to seek alternative routes.

Those who have ignored warnings have ran into problems.

“Many of the motorists who were trying  to make their way through the town have been forced to seek help as flood waters that have settled on the roadway is causing all sort of issues especially for those who drive many of the vehicles now have mechanical problems because of the water,” one motor vehicle owner told Loop News.

Up to late Saturday afternoon there were also reported flooding along St James Street in the vicinity of the gas station.

Sections of Queen's Drive and other areas were also affected, motorists reported.

“The town was affected by heavy rains late Friday into Saturday but what has made the problem worse is that drains in the town are blocked and the water is not running off as quickly as it should,” another motorist said.

One female vendor who operates in the area said the large body of water has covered the road which separates the campuses of Cornwall College High school for boys and the Mount Alvernia High School for girls.