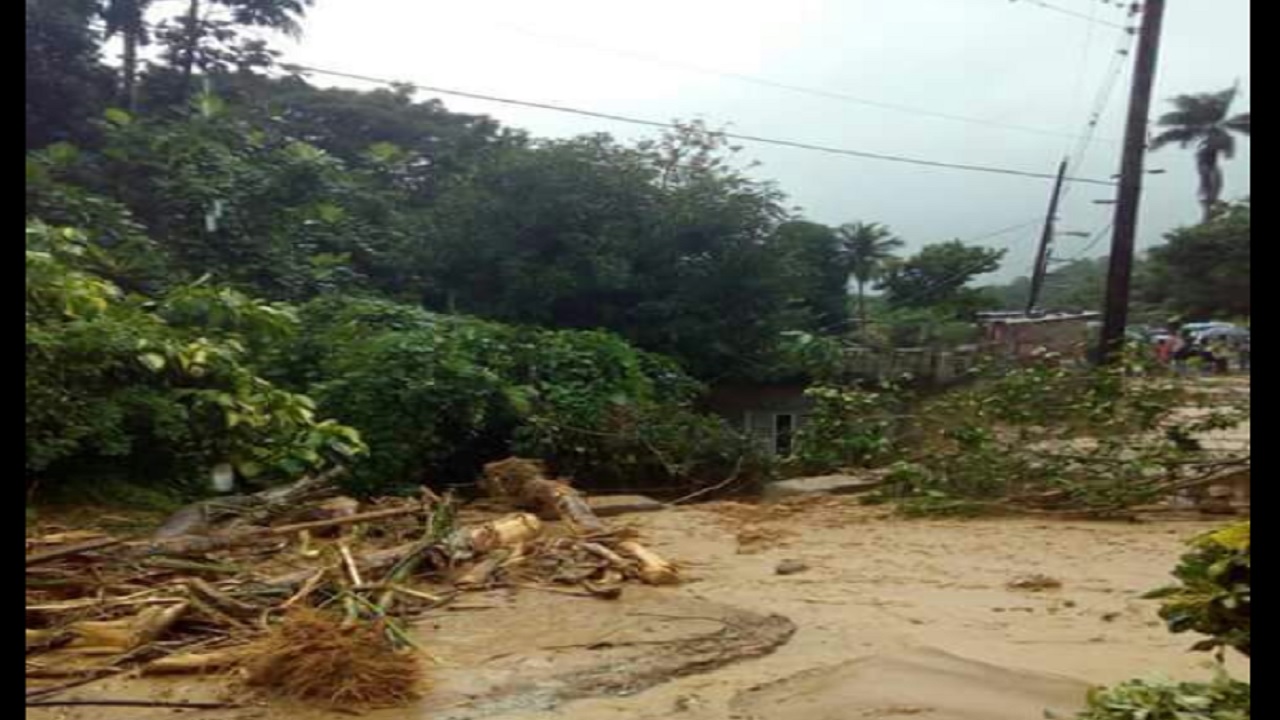 Several sections of St Mary and Portland are being affected by fallen boulders, landslides and flooding caused by persistent rainfall affecting the island since Thursday.

The rainfall is associated with a stationary front across the central Caribbean.

In St Mary, motorists are being advised to be cautious when traveling along the Junction main road at this time.

The roadway is being impacted by fallen rocks, minor land slippages and flooding in some sections. However, the road is not completely blocked, but traffic has slowed in some areas.

One motorists, Dalton Henry told Loop News that motorists must exercise extreme caution along the roadway.

"Boulders are coming down on several sections of the road and water running as well (on the roadway). Motorist have to be careful," Henry advised.

Meanwhile, residents have also reported major flooding in the Enfield community, located minutes away from Annotto Bay in St Mary. Areas of the community have been said to be flooded at this time, leaving mud and debris in some sections.

Over in Portland, the roadways from Bull Bay to Moore Town, the Orange Bay main road and the Rio Grande Valley have been impacted by heavy flooding and fallen trees.

Several motorists were left stranded along the Hope Bay to Caenwood main road as the Swift River has reportedly overflown its banks.

Teams from the National Works Agency (NWA) have been mobilized to address the impact of the flooding in both parishes.

In the meantime, a flash flood watch remains in effect for low-lying and flood-prone areas of St Mary and Portland.