'Heaven On Earth': No-Maddz back with a bang 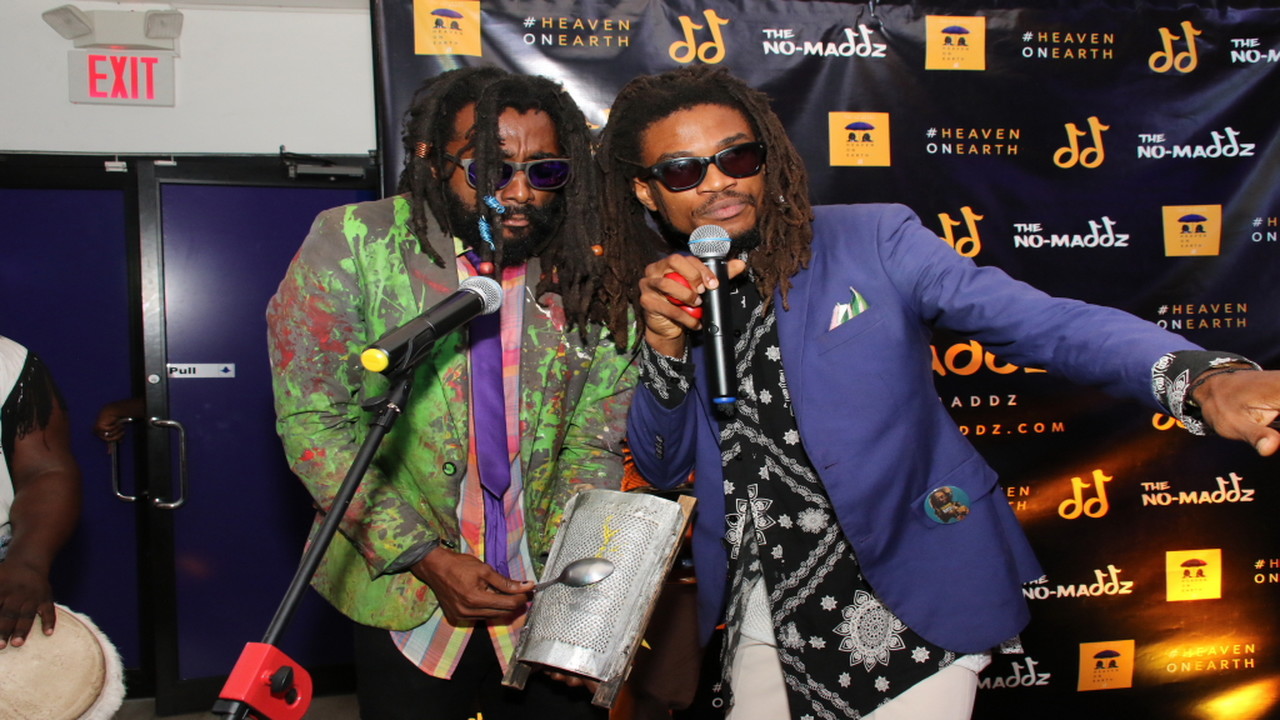 They are eccentric. Once there were four, but now there are two. However, they have lost none of their authentic sting.

The duo of Everado Creary and Sheldon Shepherd hosted an album listening party at Epican in the Marketplace in St Andrew and once again their musical offerings were well received.

From the sound of things, their album, 'Heaven On Earth', should renew their status as authentic Jamaican musicians who made and are continuing to make a positive difference. It is a welcome change from the drudgery and repetitious garble of modern dancehall. 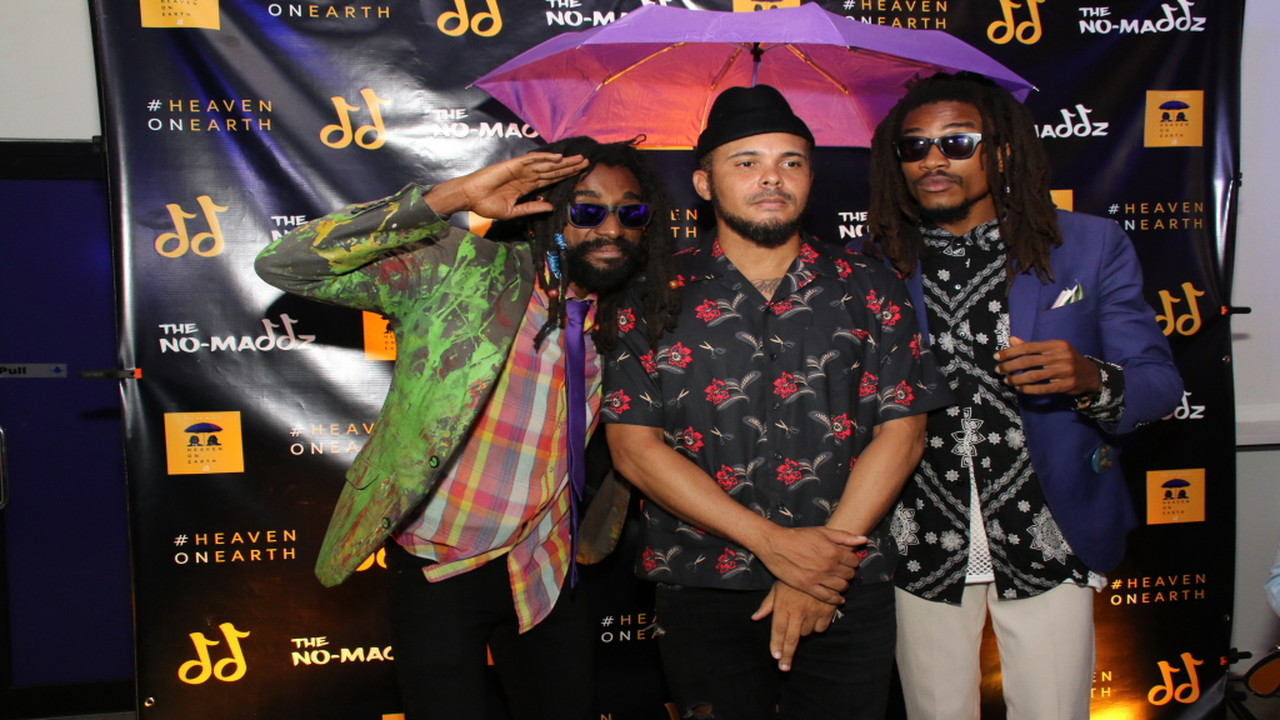 No-Maddz with Walshy Fire (centre), who produced the album.

As album producer Washy Fire commented, 'Heaven On Earth' by No-Maddz cannot be compared to anything produced out of Jamaica before.

"This isn't what your parents or grandparents or you are used to. It is something completely different," he said.

And he is right on the button.

'Clarkz Like Dis', 'Money' and other tracks on the album are of a different ilk. Yes, it is classic No-Maddz but they have upped their game and have continued in the mode that has set them apart from other acts. 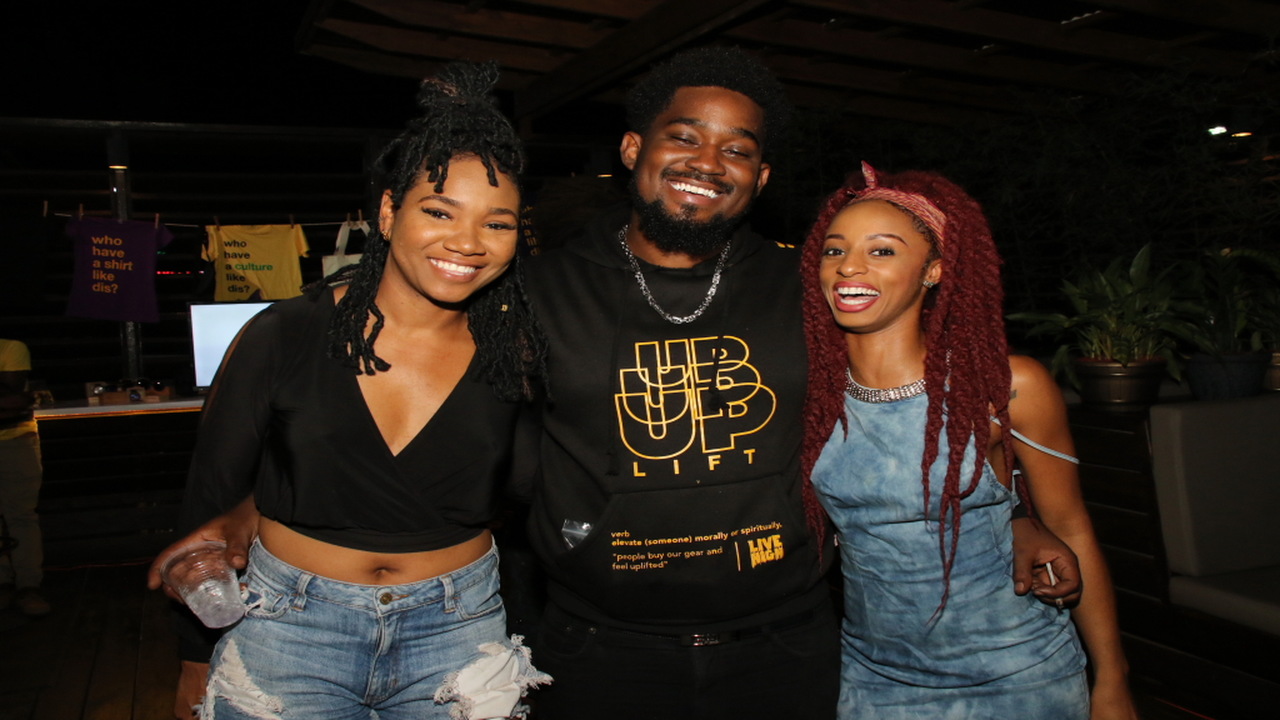 Yes, they still dress outlandish but it is all a part of their image that seem to have gone down well with the lovers of their type of music.

The album was recorded at the GeeJam Studios in Portland and mixed by engineer Wizard - the daughter of veteran reggae crooner Beres Hammond. 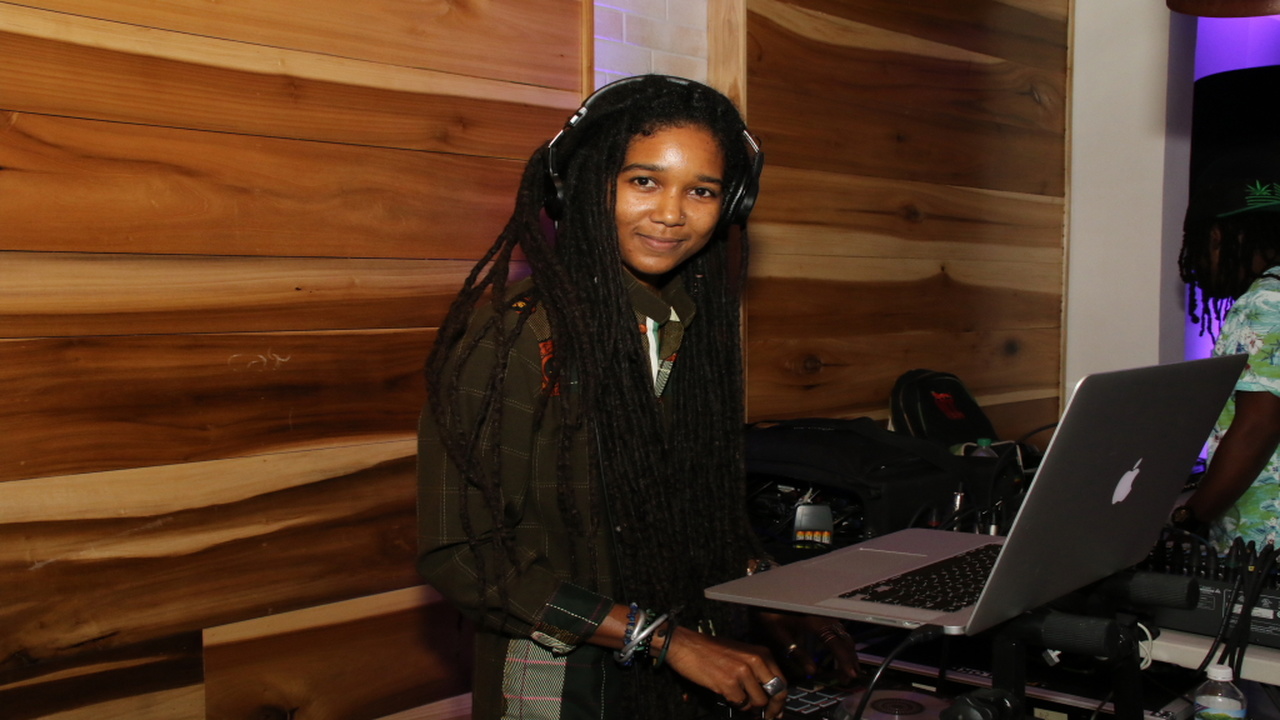 DJ Iren Siren on the turntables.

"We recorded this album in five days," Shepherd said.

The listening party brought out most of the lovers of good music to Epican - the epicentre of medical marijuana sales in the Corporate Area.

Special mention must be made of the night's resident DJ, Iren Siren. The cool female delivered a mix of proper music while the organisers scrambled to get everything just right before the slightly delayed start of the event.

Kudos to No-Maddz, you are back with a bang. Check out more photos from Llewellyn Wynter in the gallery below.