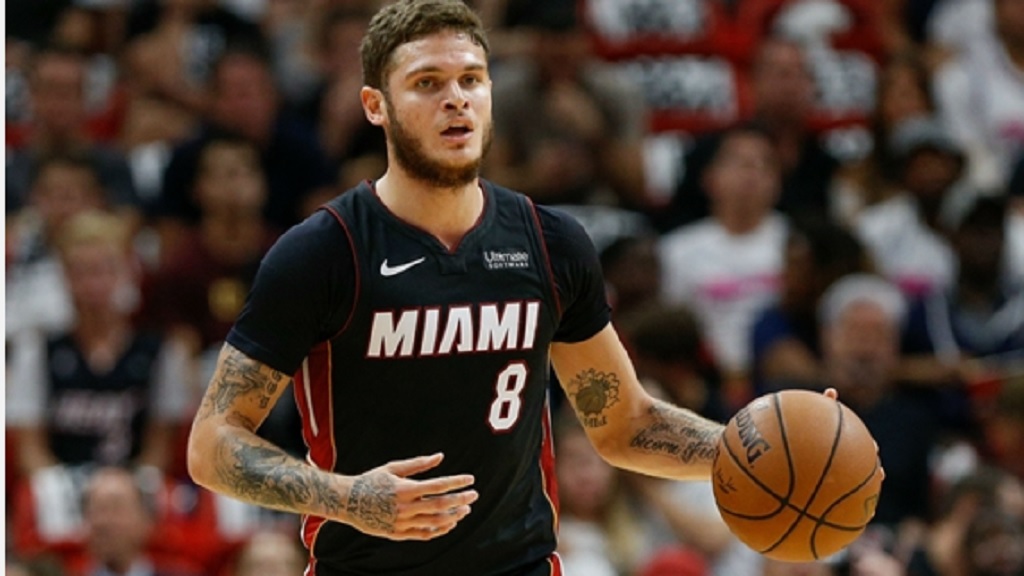 On a light NBA night, there was still plenty of action. There were streaks that were broken, extended and hopefully started again.

Despite James Harden's game-high 35 points, the Houston Rockets fell to the Miami Heat 101-99 in the final minutes on Thursday.

Houston had to play most of the game without star guard Chris Paul, who left in the first half with a hamstring injury.

Paul has been battling injuries this season and in his absence, Houston went 0-3 — a streak the Rockets are not looking to repeat as they try to climb the Western Conference standings.

Gallinari's 32-point performance saw the Clippers to their first win in four games.

He shot 11 of 16 from the field and three of six from three-point range. Lou Williams helped with 26 points off the bench.

Mavs rookie Luka Doncic had a strong outing with 32 points and continues to make the case for Rookie of the Year but it was not enough to end Dallas' four-game skid.

Josh Richardson led the Heat with 22 points, seven assists and six rebounds. He finished 47.4 percent from the field and 33.3 percent from long range.

Rockets center Clint Capela finished the night minus-12 after scoring just six points on three-of-seven shooting from the field. He did make a valiant effort under the basket with 14 rebounds, nine on defense. But with 29 minutes on the court, the Rockets could have used another bucket or two.

Clippers guard Avery Bradley played good defense against Doncic, but he racked up five fouls to finish on the bench. In his 28 minutes of play, the ninth-year player only scored two points.

The streaking Milwaukee Bucks will look to stay near the top of the Eastern Conference with a win over the Boston Celtics on Friday. Boston will host Milwaukee after losing two straight games, the most recent to the hot Phoenix Suns. Before the pair of losses, the Celtics were riding an eight-game winning streak and will try their luck at defeating the Bucks for the second time this season. The two teams faced each other on November 1 where Boston won 117-113. The Celtics are currently in fifth place in the Eastern Conference standings.