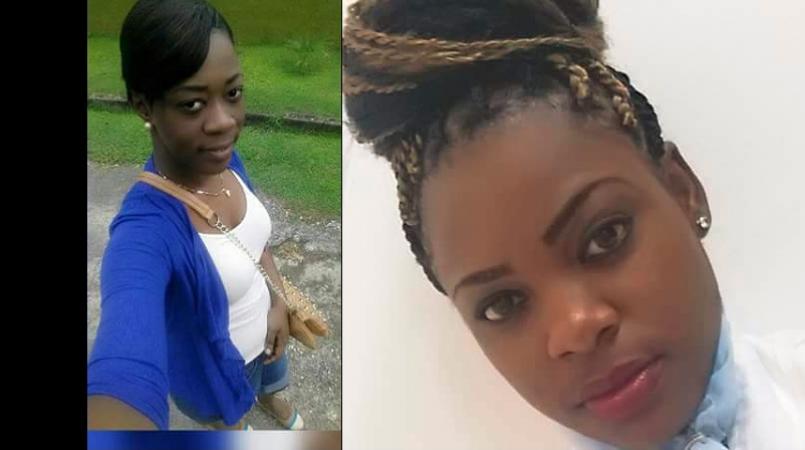 Friends and family members have taken to social media to express their grief and shock at Tuesday night's fatal collision that claimed the lives of two female employees of the Bahia Principe Hotel in St Ann.

The victims have been identified as 23-year-old Jodian Duncan, a waitress of Exchange, St Ann- and 24-year-old Shanique Grey, a member of the kitchen staff, from Oracabessa, St Mary.

Preliminary reports indicate that at about 11:45 pm, Duncan and Grey were passengers on board a 29 seater Bahia Principe staff bus, travelling east towards Ocho Rios, when the vehicle collided into a truck, which was parked in the vicinity of the Pearly Beach property on the Dunn's River main road.

One of the females died on spot and had to be cut from the wreckage. The other female died at the St Ann's Bay Hospital.

Eight other employees of the hotel are in stable condition in the hospital. The police had said that preliminary investigations have suggested that speeding may have been a cause of the accident.

Several friends, family members and co-workers of the deceased women took to Facebook to express their sadness at the passing of the two females.

Lattie Kiara Robinson, a friend of Jodian Duncan posted, "Mr death seh him nah give nuh warning when him a come. Yuh nah here nuh calling all. Yuh here a mourning and bawling. Sigh today ur here tomorrow ur gone. Joe Joe Duncan (Jodian Duncan)  smh pass the accident last night only to reach home hearing ur involved in that accident and pass away sigh #Rip Jody remember the days at Bahia u were a fun loving person surely  gonna missed by many. #REST IN PARADISE HUN."

Another friend of Duncan, Kenzie Duncan wrote: "God I Call Up On You This Morning Only You Can Help US! I pray for Joe Joe Duncan family  and the bahia staffs god cover us help us to cope. Jesus you know the pain we are feeling now. (R.I.P) FRENNY."

A strong message was posted by a friend of both crash victims, Aries TJ Johnson.

Johnson commented on the fact that several other staff members of Bahia Principe died months before in an accident in Llandovery, St Ann.

Johnson posted: "Few months ago sum died and now look at this Shanique Shaniboo Grey, shes gone and I went to school with Jody (Jodian Duncan). Not a nice feeling at the momemt and me and Shanique will alwasy be reasoning. Now her life as ended rip ladies."

On Tuesday night, June 21, four employees of the Bahia Principe Hotel died as a result of injuries they received in a three vehicle collision on the Llandovery main road.

In the meantime, Loop News understands that the atmosphere at Bahia Principe Hotel in Runaway Bay, St Ann is one of sadness as staff members struggle to deal with the death of their coworkers.