He talks a lot of trash! - Durant hands jersey to rap star Drake 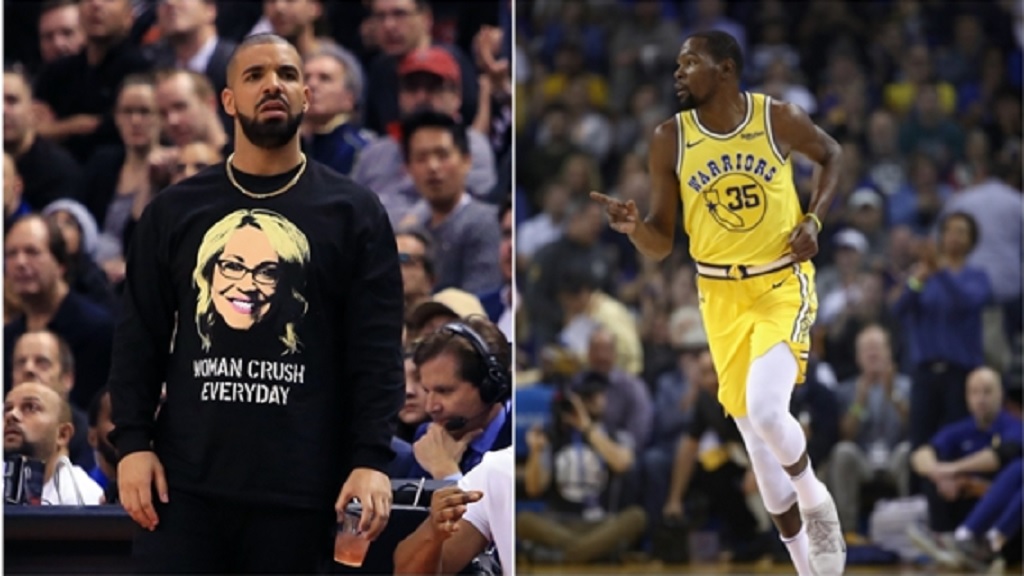 There was no shortage of entertainment served up by the Toronto Raptors and Golden State Warriors on Thursday and a running, light-hearted battle between Kevin Durant and rap star Drake added to the drama.

Warriors star Durant and Raptors fan Drake have a history of trash talking built off the back of mutual respect and the thriller at Scotiabank Arena was no different.

The forward was unfortunate to be on the losing side of a 131-128 defeat having served up 51 points, including a clutch three-pointer to take the contest to overtime.

At one stage their war of words was momentarily silenced as Durant drained one from beyond the arc to leave the rapper open-mouthed in shock.

Other highlights included Durant playfully twisting Drake's nipples, but there was a somewhat classier exchange at the end of the game.

Drake asked for Durant's jersey and he was only too happy to accept.

"Yeah, yeah, he got it," Durant told reporters about Drake asking for his vest.

On his reaction to his wonder shot, Durant added: "Oh yeah [I saw it].

"He talks a lot of trash on that sideline so any time I can throw it back in his face is definitely a win for me."