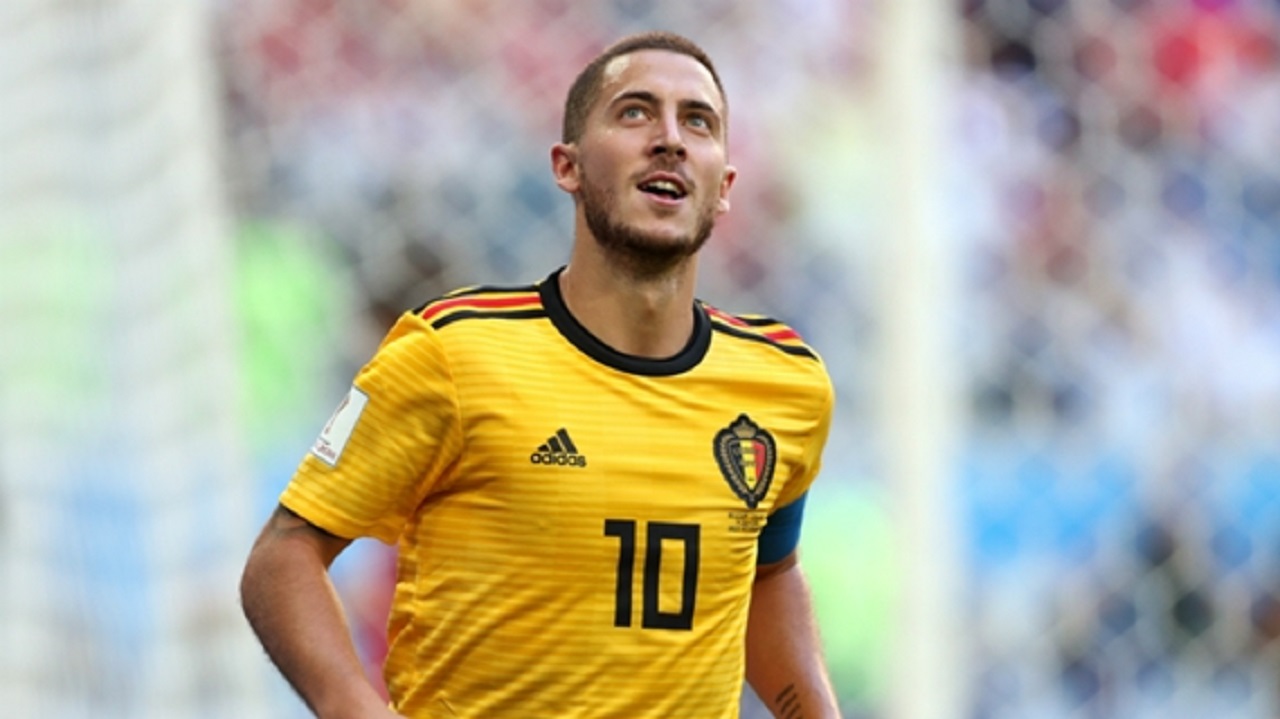 Eden Hazard cast fresh doubt over his Chelsea future as the Belgium star appeared to confirm his interest in a move to Real Madrid.

New Blues boss Maurizio Sarri faces a battle to keep the forward, who believes his World Cup performances warrant him the Golden Ball and the right to choose his next destination.

The 27-year-old signed off from a successful campaign in Russia with his third goal of the tournament as Belgium beat England 2-0 in the third-place play-off in St Petersburg on Saturday.

Asked about his future at club level after the game, Hazard told reporters they already know his preferred destination amid reports he could be a potential replacement for the departed Cristiano Ronaldo in Madrid.

"After six wonderful years at Chelsea it might be time to discover something different," Hazard said.

"Certainly, after this World Cup, I can decide if I want to stay or go, but Chelsea will have the final decision.

"You know my preferred destination."

Afforded a free role in behind Romelu Lukaku, Hazard was one of the most influential players at the World Cup.

After helping the Red Devils surpass their previous best of fourth, he feels his performances should earn him the title of the tournament's best player.

"Deserving it… well, it would be showing off to say I deserve it but yes, I do think I deserve it with my performances in the matches," he said about his chances of securing the Golden Ball.

"But there are other players in the World Cup, some who will play the final tomorrow, so it is not really important for me.

Hazard lights up Chelsea's 3-1 win over Newcastle in EPL