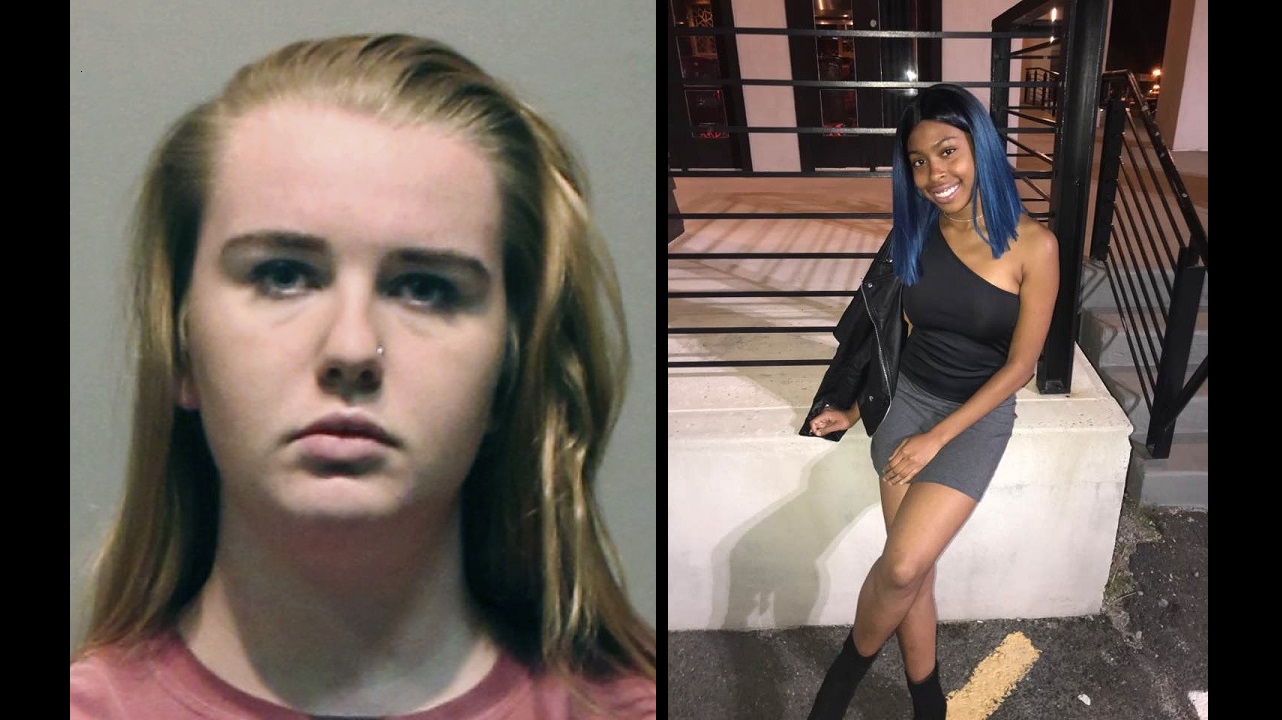 t left is a booking photo released by the West Hartford Police showing University of Hartford student Brianna Brochu, who is charged with smearing body fluids on her Jamaican-American roommate's belongings. At right is Chennel Rowe. (PHOTO: AP/Facebook)

Close to 100 people attended a rally held by the NAACP on Wednesday outside the West Hartford police department.

Police say Brochu claimed in an Instagram post to have tampered with her roommate's belongings, including putting her toothbrush "where the sun doesn't shine."

Police say their investigation is complete.

Hartford State's Attorney Gail Hardy says investigators are waiting to talk with Brochu's roommate before deciding how to proceed.

The roommate, Chennel Rowe, said in a Facebook video that she had a tense relationship with Brochu and moved to another room about two weeks ago.

Rowe, who resides in New York City and identifies herself as Jamaican, said other students told her about Brochu's social media postings, and she realized the contamination of her personal items may have caused the extreme throat pain she was suffering.