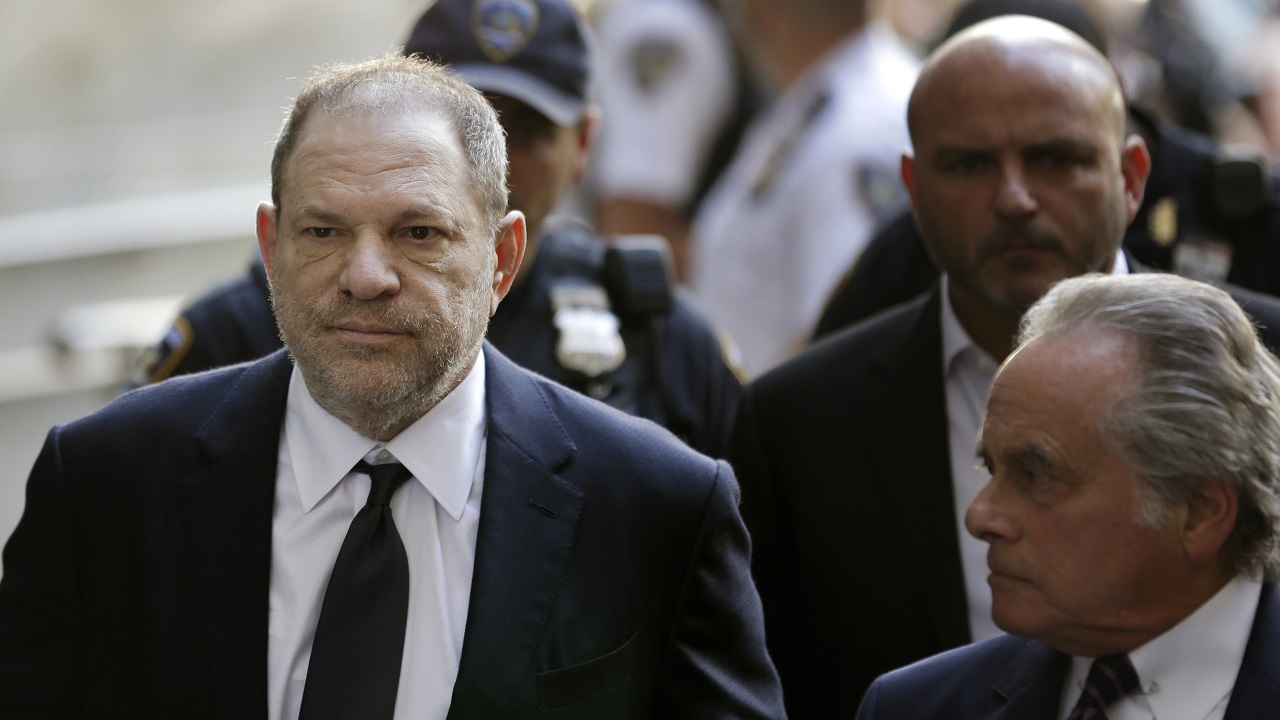 Harvey Weinstein has been charged with a sex crime against a third woman, who claims the Hollywood mogul performed a forcible sex act on her in 2006.

Manhattan's district attorney announced the charges in an updated indictment on Monday.

The new charges join previous ones alleging forcible sex acts in 2004 and 2013.

The updated indictment alleges that he "engaged in oral sex by forcible compulsion" around July 10, 2006.

"A Manhattan grand jury has now indicted Harvey Weinstein on some of the most serious sexual offenses that exist under New York's penal law," District Attorney Cyrus R Vance Jr said in a statement.

"This indictment is the result of the extraordinary courage exhibited by the survivors who have come forward. Our investigation continues. If you are a survivor of the predatory abuse with which Mr Weinstein is charged, there is still time to pursue justice."

Weinstein was not expected to have a court appearance on Monday, the prosecutor's office said. The district attorney's representatives did not identify the accuser in the updated charges.

One of the alleged victims in the criminal case, who has not been identified publicly, told investigators that Weinstein cornered her in a hotel room and raped her. The other accuser, former actress Lucia Evans, has gone public with her account of Weinstein forcing her to perform oral sex at his office in 2004.

The Associated Press does not identify alleged victims of sexual assaults unless they come forward publicly.

More than 75 women have accused Weinstein of wrongdoing. Several actresses and models accused him of criminal sexual assaults, including film actress Rose McGowan, who said Weinstein raped her in 1997 in Utah, "Sopranos" actress Annabella Sciorra, who said he raped her in her New York apartment in 1992, and the Norwegian actress Natassia Malthe, who said he attacked her in a London hotel room in 2008.

New York City police detectives said in early November that they were investigating allegations by another accuser, "Boardwalk Empire" actress Paz de la Huerta, who told police in October that Weinstein raped her twice in 2010.

Weinstein has denied all allegations of non-consensual sex, with his attorney challenging the credibility of his alleged victims.