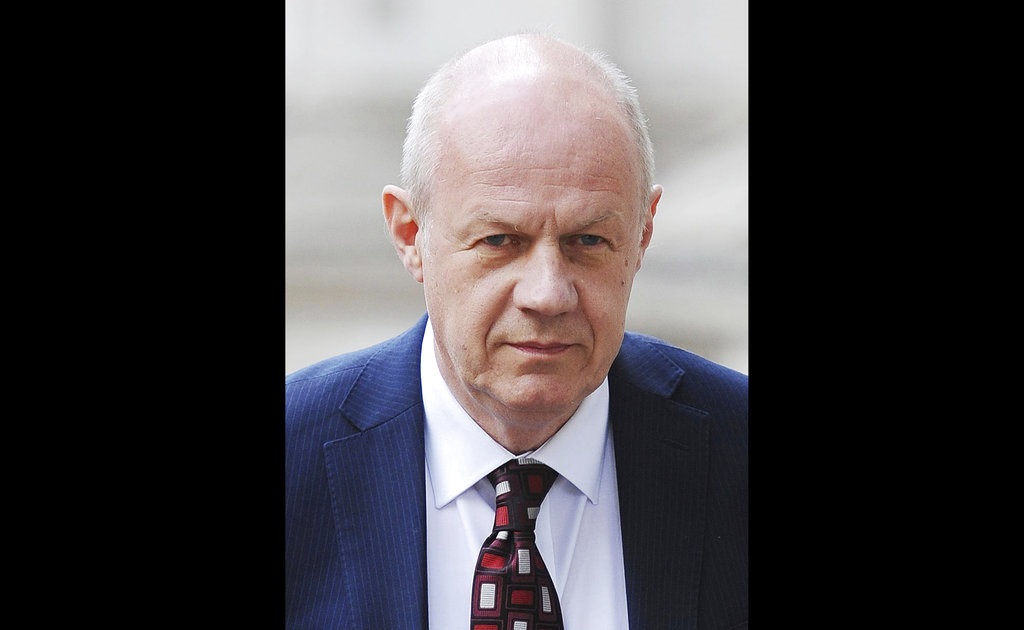 The scandal surrounding Britain’s political class deepened Sunday Nov. 5, 2017, with more allegations of sexual harassment, abuse of power and other misdeeds including new allegations about one of Prime Minister Theresa May’s key allies. First Secretary of State Damian Green, a senior Cabinet figure who is in effect May’s deputy, denied a Sunday Times claim that police had found “extreme” pornography on his computer during an investigation nine years ago. (Andrews Matthews/PA via AP, file)

The scandal surrounding Britain's political class deepened Sunday with more allegations of sexual harassment, abuse of power and other misdeeds, including new claims involving a key ally of Prime Minister Theresa May.

The allegations dating back more than a decade involve behavior that ranges from inappropriate touching and sending suggestive text messages to matters serious enough to be reported to police for possible prosecution.

First Secretary of State Damian Green, a senior Cabinet figure who is in effect May's deputy, emphatically denied a Sunday Times report that police had found "extreme" pornography on his computer during an investigation nine years ago. He said he is the victim of a smear campaign.

Green already was being investigated for alleged inappropriate advances on a Conservative Party activist. He called the Sunday Times story "completely untrue" and said it came from an untrustworthy, tainted police source.

"The allegations about the material and computer, now nine years old, are false, disreputable political smears from a discredited police officer acting in flagrant breach of his duty to keep the details of police investigations confidential, and amount to little more than an unscrupulous character assassination," Green said.

An official Cabinet Office inquiry into Green's behavior started after a woman complained that Green touched her knee at a meeting in a pub and later sent her an inappropriate text message.

The allegations swirling through the British government in the aftermath of Hollywood's Harvey Weinstein abuse scandal go far beyond Green and former Defense Secretary Michael Fallon, who stepped down last week after reports of inappropriate behavior by him surfaced.

A rising number of legislators from the Conservative and Labour parties face similar allegations, and politicians in Scotland and Wales have been caught up as well.

The Welsh government's Cabinet secretary for communities and children, Carl Sargeant, said he resigned Friday after allegations of his misconduct were made. The government's leader said Sargeant had been removed from his post pending an investigation. Sargeant has asked for an independent inquiry to clear his name.

In Scotland, Mark McDonald, a minister for childcare from the Scottish National Party, resigned over past actions. He apologized and said behavior he had thought might be "humorous" or "friendly" had made people uncomfortable.

Charlie Elphicke, a member of Parliament, has been suspended from the Conservative Party because of what the party calls "serious allegations" that have been referred to police. He has denied wrongdoing.

More accusations also have surfaced against Fallon, who stepped down from the defense post and apologized after a newspaper reported that he had repeatedly touched a journalist's knee at a function in 2002.

The Observer newspaper reported Sunday that Fallon had allegedly tried to kiss a young reporter on the lips when she was having lunch with him in 2003. The allegation was reported to government officials hours before Fallon's resignation.

Home Secretary Amber Rudd said the behavior described by the Observer, if the paper's report was accurate, would be "completely disgusting."

She said Britain is having a "watershed moment" with regard to harassment of women and that the wave of accusations would bring about a "clear out" in government that will leave its institutions in better shape.