Happy homeowners thankful to Food for the Poor, National Bakery 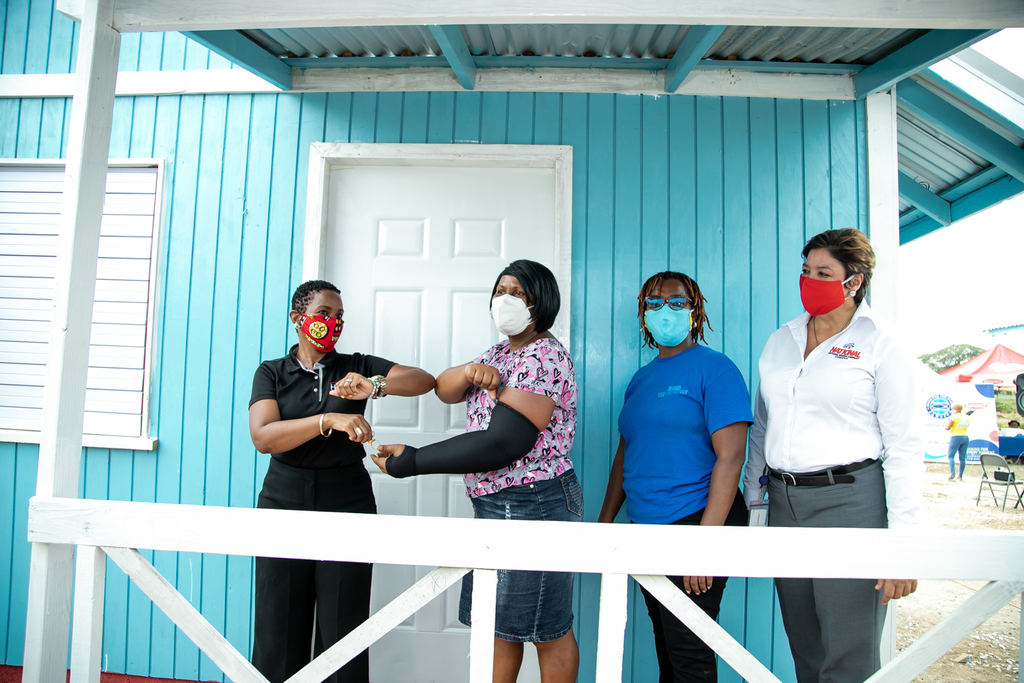 Two of 10 families have received homes under the "Tan a Yuh Yaad" campaign thanks to a partnership between the National Baking Company Foundation and Food For the Poor Jamaica.

The initiative launched in May 2020, provides families with homes so that they can better meet the physical distancing restrictions in minimising the spread of COVID-19.

The handing-over ceremony held on July 24 was also attended by representatives from the Housing Agency of Jamaica who provided the land.

One of the recipients, Marvette Johnson, mother of two, has been battling breast cancer for the past 11 years, which made her physically unable to work—resulting in a depletion of her finances and eventual homelessness.

After a newspaper article highlighted her dire circumstances in January 2020, she was able to move to several rent-free accommodations offered by generous readers. However, having exceeded the time allowed by the different donors, she was faced with her situation being unresolved yet again

Her deepest desire as a mother was to have a home of her own to create stability for her family. Food For Poor The Poor Jamaica and National Baking Company have made her dream a reality.

"I was ecstatic; I was over the moon. I was crying; I was jumping! I can say, 'To God be the glory" because I have been dreaming about having my own home where I don't have to think about finding the rent or someone putting me out. It's mine. I don't have enough words to explain how I feel, but I can say I feel 'super'," she stated as she expressed how she felt when she heard she would be receiving a home. 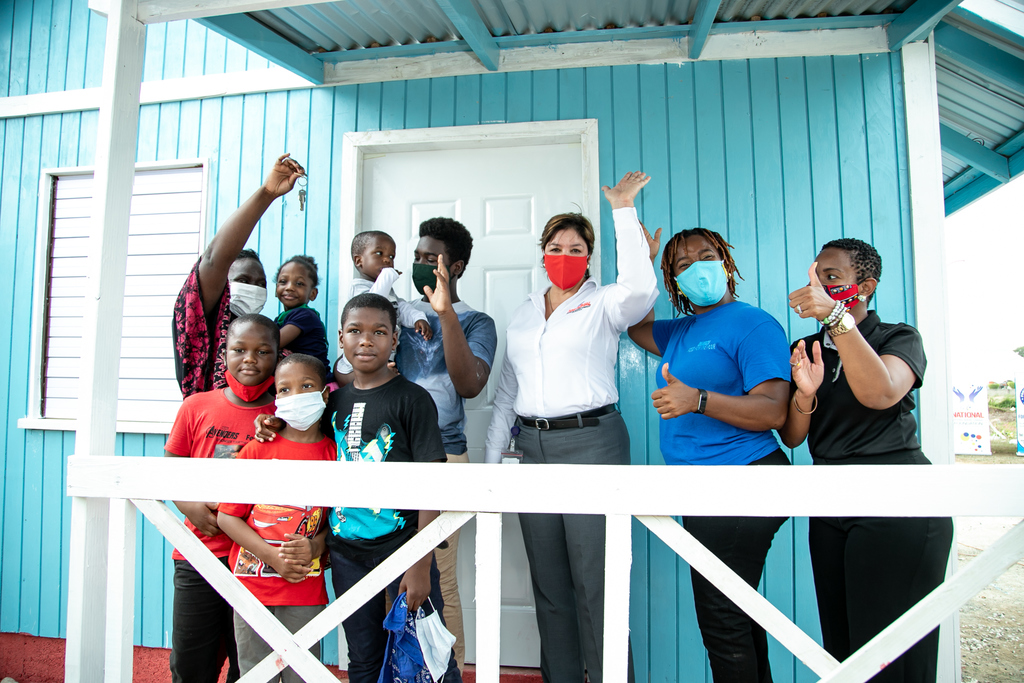 Crystal Clarke and her children (far left) receive the keys to her new home from Executive Director of National Baking Company Foundation- Christine Scott-Brown (third right), Executive Director of Food for the Poor- Kivette Silvera (second right) and a representative from the Housing Agency of Jamaica (first right).

At the official handover and in thanking National and Food for the Poor, Johnson further expressed, "I've been dreaming about this so I would love to say a big thank you for donating to a family. It means the world to my kids and me. Words can't explain how excited and appreciative I am. I'd also like to thank the construction workers and everyone who participated and collaborated to build the home."

Another recipient Crystal Clarke, a housekeeper and mother of eight children, lived in a single-room home with no bathroom facilities or running water. This made it especially difficult to practice proper hygiene and sanitation among the family members, especially during the height of the COVID-19 threat.

On hearing the news that she would be receiving a home, she was elated, "I felt wonderful! It was a joy to my children and me. They have already made arrangements about how they want their room decorated," she remarked.

In thanking the donors, Clarke expressed, "On behalf of my children and I would like to thank Food for the Poor and National for giving us a new home where we have a proper bathroom and can live comfortably."

The various agencies involved expressed their sense of fulfilment in carrying out this philanthropic undertaking. National Baking Company has partnered with Food For The Poor for the past five years in building and delivering homes to Jamaican families who have experienced hard times with no foreseeable way out.

"National is pleased to help these families, especially during these challenging times when COVID-19 has financially impacted many Jamaicans. These homes will provide a safe space that makes it more comfortable to practice social distancing. We have encouraged both families to care for their new homes as it will forever be a place of safety for them," stated Christine Scott- Brown, Executive Director of the National Baking Company Foundation.

First Global Bank, Food For the Poor build house for mother and child