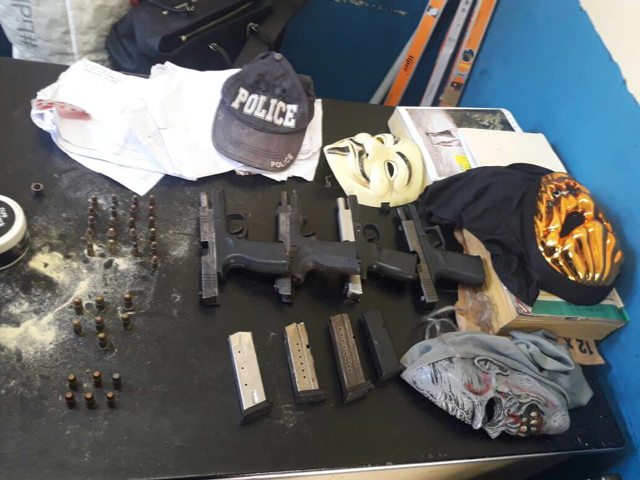 The guns, ammunition and other items which were seized by the Hanover police on Sunday morning.

The Hanover police on Sunday morning seized four firearms, along with 34 rounds of assorted ammunition and a number of lead sheets during an operation in Land Top district, Chester Castle in the parish.

Reports on the operation were that about 6:15 a.m., officers responded to reports of shots being fired in the area, and later searched a premises, where the guns and a number of other items were reportedly seized.

- One Glock 40 pistol with a magazine containing five .40 rounds of ammunition;

- one Springfield HS 2000 pistol with a magazine containing six 9mm rounds of ammunition;

- one 9mm pistol with a magazine containing seven 9mm rounds of ammunition;

- one Smith and Wesson 9mm pistol;

No one was arrested in connection with the seizure, but investigations continuing into the development.