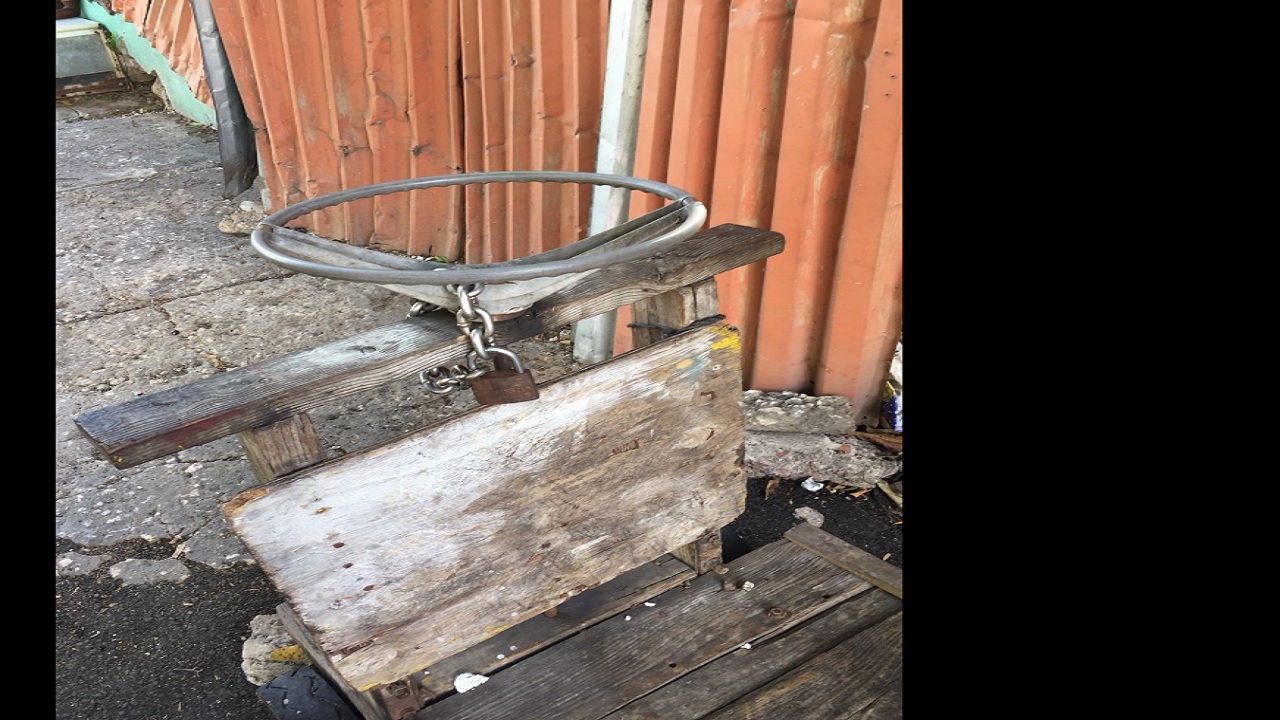 File photo of a padlocked handcart in downtown Kingston.

A handcart man whose cart ran over a cop’s foot while the officer was attempting to correct him about a traffic law, was fined a total of $15,000 when he appeared in the Kingston and St Andrew Parish Court on Friday.

Tavoy McLean was ordered by Senior Parish Judge, Vaughn Smith to apologise to the policeman in court - and he graciously did.

The cop accepted the apology.

But that did not prevent Judge Smith from imposing fines of $5,000 for common assault, and $10,000 for assault occasioning bodily harm on McLean. The guilty man will spend 10 days in jail if he does not pay the fines.

The court was told that McLean was pushing his handcart in the wrong direction on a one-way street in downtown Kingston, when he was approached by the cop and informed of the traffic breach he was committing.

But McLean apparently reacted insolently, and proceeded to push his cart along his merry way. In the process, one of the policeman’s feet was run over by the cart.

In pleading guilty, McLean told the court that he was in fact pushing the cart in the wrong direction on the roadway, but cited that his reaction to the cop was because the cop was also driving behind him in the same direction, and only tried to stop him because the cart was obstructing the vehicle the cop was driving.

McLean said he apologised to the policeman multiple times on the spot, but the cop still pressed charges against him.

“I was transporting a customer to the taxi stand, your honour, and the man come and say me going the wrong way on a one-way street, but him was driving the same way too,” argued McLean in court.

Handcart operators being targeted by robbers in downtown Kingston

Bikers targeted for disregard for the road traffic laws