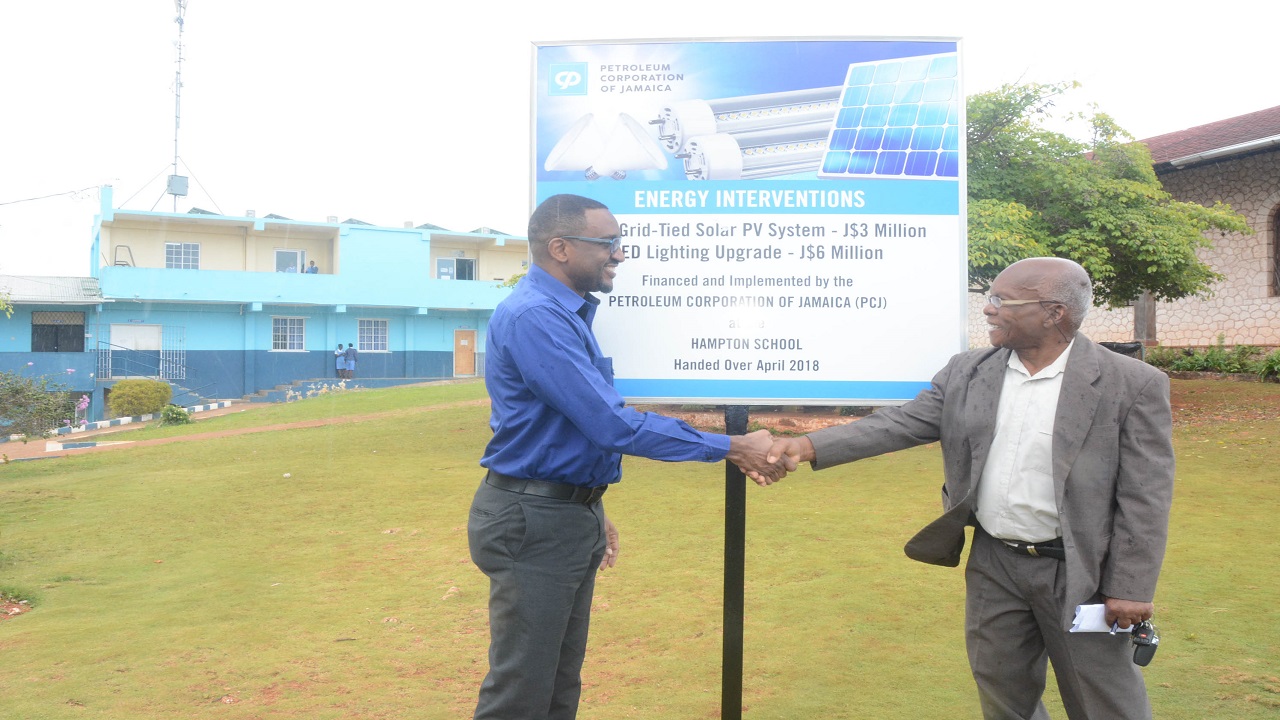 The Hampton School in St Elizabeth has saved close to $5 million on its electricity bills through the successful execution of two energy intervention projects at the institution by the Petroleum Corporation of Jamaica (PCJ).

The system, which includes 42 solar panels, three grid-tied inverters and a data logger, cost $3 million. Since installation, the intervention has reduced the school’s energy consumption by 28,457.19 kWh which has resulted in savings of more than $830,000 on electricity bills.

The PCJ also executed a $6 million light-emitting diode (LED) lighting upgrade project at the institution in 2016 which has generated savings of more than $3.9 million. 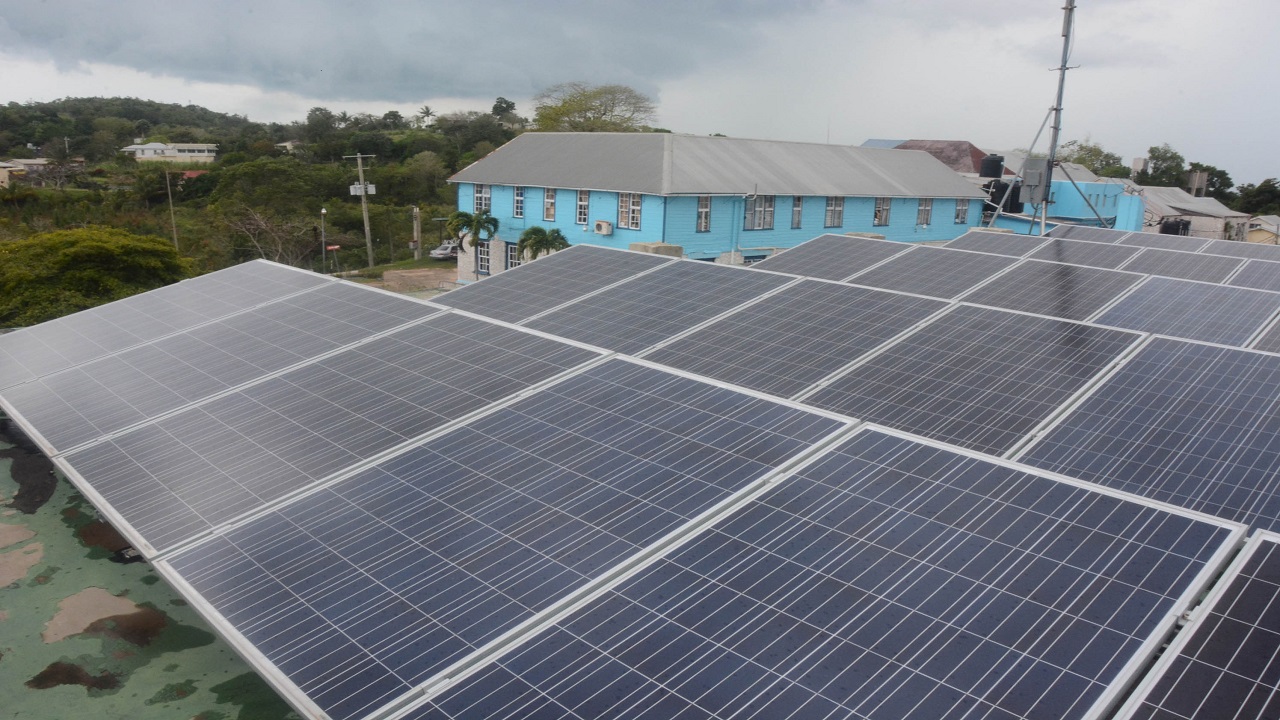 At a handing over ceremony, held on April 13 at the School, the Principal, Rosanne Lounges said, “I am very happy and grateful that Hampton School is among the beneficiaries of energy intervention projects carried out by the Petroleum Corporation of Jamaica. On behalf of the Board of Management, our staff and students I want to thank the PCJ for its contribution to our school’s development.”

“We are pleased with the results of the projects as both undertakings have generated savings and cut back on expenses that would have otherwise been incurred by the school. I want to encourage everyone to play their role in ensuring that the projects are maintained so that the school can continue to reap savings for years to come.”

Campion College gets $500,000 for solar-powered water system from PCJ

Wolmer's Girls' School to save $2.5 million a year on energy costs after PCJ intervention