Guyana President on elections: I have acted in accordance with the law 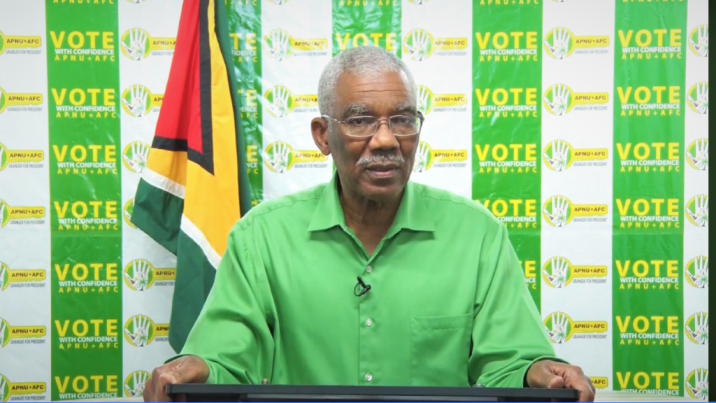 Guyanese President David Granger said his Government did not try to influence the Guyana Elections Commission (GECOM), in any way, during and after the Regional and General elections.

He made the comment in an address to the nation, last night.

“I assure the nation that, at all times, I have acted in accordance with the Constitution and Laws of Guyana. On 2 March after the elections, the nation awaited the declaration of the results by the Elections Commission after completing its work.”

“GECOM is an independent constitutional agency over which I and the executive have no control. I assure you that as President I cannot, did not and will not interfere in the work of GECOM,” Granger stated.

He said it was the opposition People’s Progressive Party/Civic (PPP/C) that “created an atmosphere of intimidation and fear” at the Region Four Returning Officer’s (RO) office on March 5 when he attempted to declare the district's results.

The PPP/C has approached the Supreme Court seeking to prevent GECOM from declaring the elections over concerns that Region Four’s results were not verified in accordance with the law.

The case will be heard today from 2 pm.

Granger accused the PPP/C of spreading fake news and he called on Guyanese to await the court’s ruling.

He appealed to citizens to maintain law, order and racial harmony.

“It is my sworn duty, as President, to uphold the Constitution and keep our citizens safe. I intend to do so. I will not allow political malefactors to highjack our democracy and compromise public order and human safety. Law and order will be maintained,” Granger said.

The President expressed confidence in Chief Justice Roxanne George-Wiltshire to make a ruling that will benefit all Guyanese.