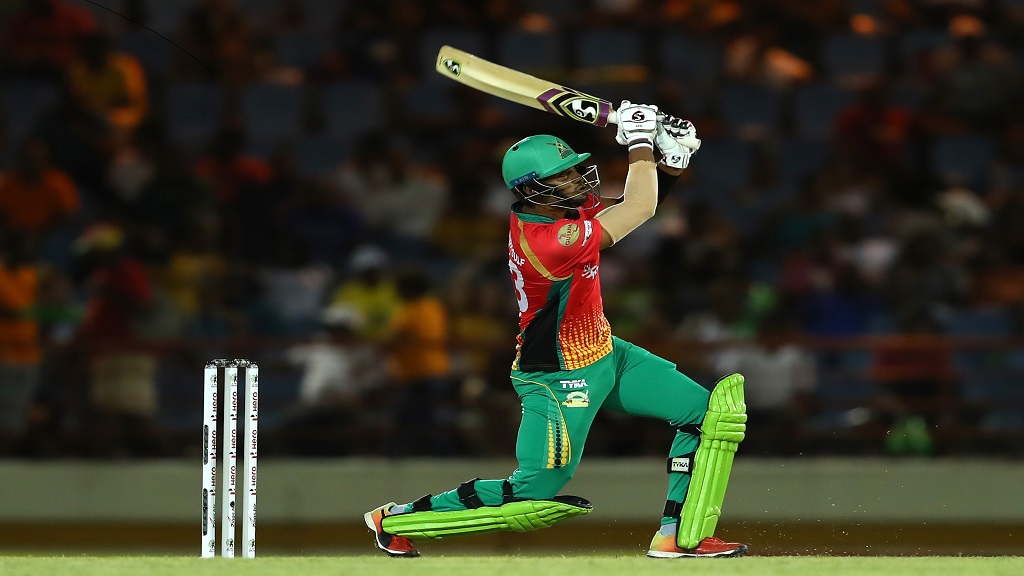 Brandon King’s unbeaten 81 on Wednesday night helped Guyana Amazon Warriors to a magnificent seven wins out of seven in the 2019 Hero Caribbean Premier League (CPL)  with a comfortable eight-wicket victory over St Lucia Zouks at the Daren Sammy Cricket Ground.

The Warriors are assured of a top-two finish and with it, a place in the first qualifier for a spot in the final. They will also have another crack to advance to the final should they lose that one.

The Zouks remain fourth but may need to win both their remaining games to have a decent chance of staying there given BarbadosTridents are just a point behind with two games in hand.

On Wednesday night, St Lucia Zouks batted first and made 161 for seven off their allotted 20 overs and Guyana Amazon Warriors replied with 162 for two off 18.2 overs.

The Warriors were given the ideal start to their pursuit of the victory target of 162 by Chandrapaul Hemraj, who smashed two fours and three sixes in a 20-ball 33 that put Guyana ahead of the eight-an-over required rate at the outset.

When he fell, skying a sweep shot off Fawad Ahmed, King took up the charge having been relatively quiet while Hemraj was doing his thing. All but one of King’s six sixes came after Hemraj had been dismissed and, despite the loss of Shimron Hetmyer for just five to a caught behind decision that displeased him, the Warriors reached the 10-over mark exactly halfway to their target at 81 for two with plenty of batting options still to come. They didn’t need it, King and Shoaib Malik, who finished on 30, easing the Warriors past the target with almost two overs to spare with an unbroken 92-run stand for the third wicket.

After 12 overs, that required rate of 8.1 from the last 10 had come down to barely a run a ball thanks to King. He took Barnwell’s first three balls for two sixes and a four, with Shoaib Malik striking another four through backward point to round off an over that put 21 on the total. Along the way, King reached another classy half-century and the Warriors passed 100.

Suddenly, the target was a routine 49 from 48 and from there it was a cruise for the table-toppers, Malik stroking the winning single down the ground with 10 balls to spare. 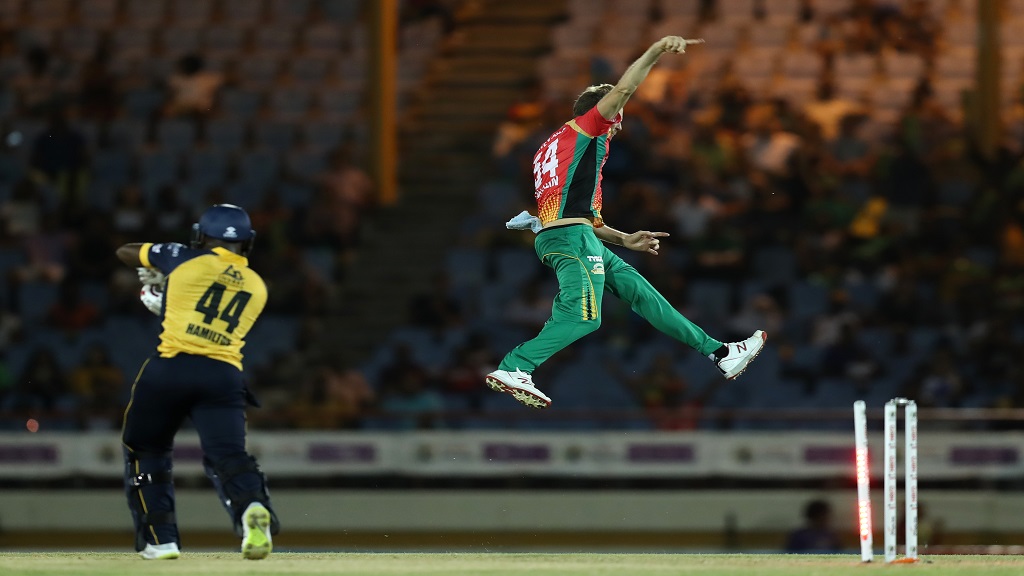 Earlier, there was another masterclass in spin bowling from the Warriors. All six overs of the powerplay were bowled by spinners, with Chris Green and Imran Tahir particularly impressive. Their five overs under the fielding restrictions gave up just 20 runs. At one point the pair between them bowled 10 successive deliveries without conceding a run while the Zouks lost their first two wickets.

Andre Fletcher (18) was first to go, skying one miles into the St Lucia sky and being well held by Ben Laughlin to give Tahir the first of his two wickets. The second was a bad moment for Rahkeem Cornwall, who was run out for six.

From 21 without loss after three overs, the Zouks found themselves 24 for two in the sixth.

Colin Ingram and Colin de Grandhomme set about repairing the damage. De Grandhomme ended the runless streak by depositing Green onto the grass banks at midwicket.

Ingram contributed 25 from 14 balls to a 56-run stand before drilling Tahir low, hard and flat to long-off where Green held a stinging running catch. Ingram made 25.

De Grandhomme carried on, though, and reached an excellent half-century – his first in the Hero CPL - from just 27 balls with four sixes.

What he lacked, though, was further Ingram-style support. Jahmar Hamilton and Daren Sammy each made nine off 10 and 15 balls respectively, and the pressure to accelerate the scoring began to tell on de Grandhomme who duly holed out for 65 when there were still three overs left where he could have caused some damage.

Barnwell did give the Zouks one final lift by taking Shepherd for three successive sixes in the 19th over, but the 20th from Laughlin was superb. He picked up two wickets while conceding just three singles to finish with eye-catching figures of three for 12 from three overs and leave the Zouks well short of where they needed to be.

WATCH: Zouks up to 4th with victory over Patriots