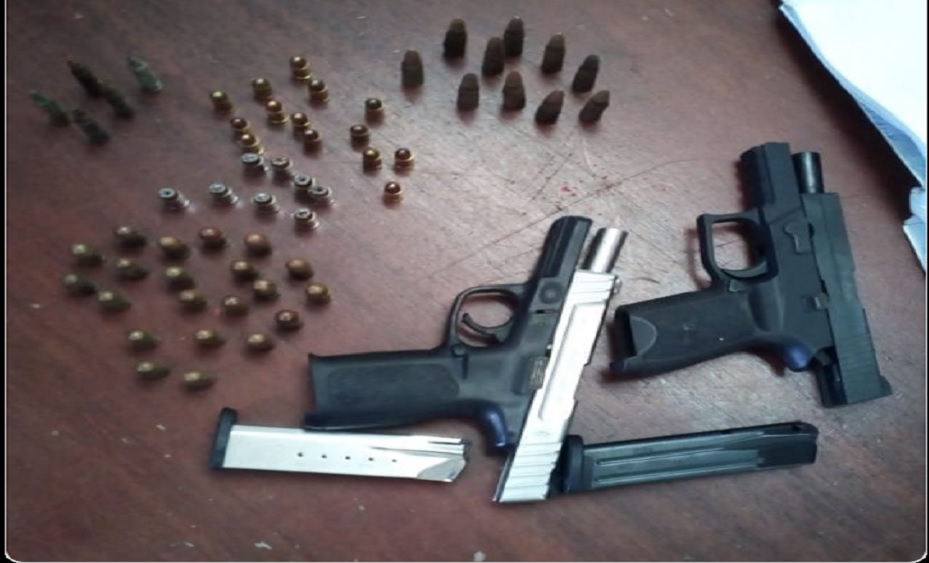 Police seized two guns and a total of 58 assorted rounds of ammunition during an operation in St James on Friday.

Reports are that a team of officers went to the Capital Heights, Green Pond section of the parish and carried out a four-hour search at several premises.

During the operation one, Sig Sauer 9mm pistol and a 9mm Smith and Wesson pistol and over 50 rounds of ammunition were seized.

Police report that last year during the period January 1 to July 9 alone a total of 449 guns and 7,899 rounds of ammunition were seized.

Statistics from the Jamaica Constabulary Force show that thirty percent (135) of the illegal firearms removed from the streets, over the mentioned period, were seized in Area Four which comprises of Kingston Central, Kingston East, Kingston West, St. Andrew Central and St. Andrew South.

They were closely trailed by Area One which comprises of Hanover, St. James, Trelawny and Westmoreland which accounted for over 28% of the firearms seized.

Police said the ‘Get the Guns’ campaign, which got underway September 2015, is one of the JCF’s crime-fighting initiatives aimed at reducing the number of guns available for use in murders across the island.