Gun-toting man, woman in viral photos said to be from T&T music video 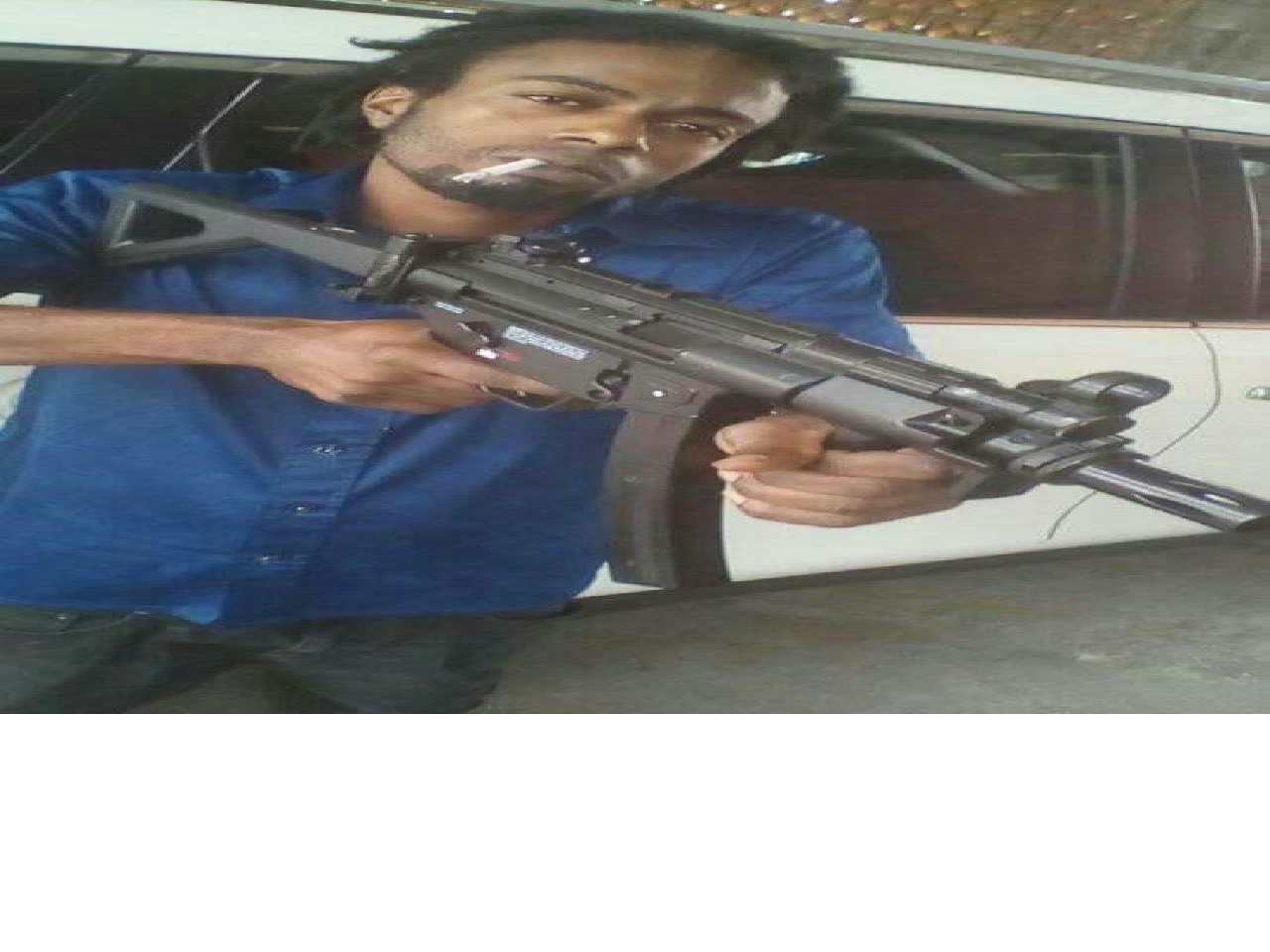 A photo that is said to have come from a video shoot by Trinidadian dancehall artiste, Sentel Asentel (pictured).

The national focus on viral photos of a man and a woman with what appeared to be high-powered rifles has been calmed with indications that the photos came from a video shoot by Trinidadian dancehall artiste, Sentel Asentel.

The photos went the rounds on social media late last week, triggering wide-scale concern, including from the Jamaica Constabulary Force (JCF), which launched an investigation to determine in the photos involved Jamaicans at home, and whether the rifles were real.

“We have seen the photos and have launched our own probe to first find out if these individuals are from Jamaica and if so to locate them for questioning,” police told Loop News over the weekend.

However, the pictures, which had the woman holding the weapons, were said to have been taken from a video the entertainer shot as promotion for one of his songs.

It is uncertain if the woman was a member of the video shoot team, and what role she played. 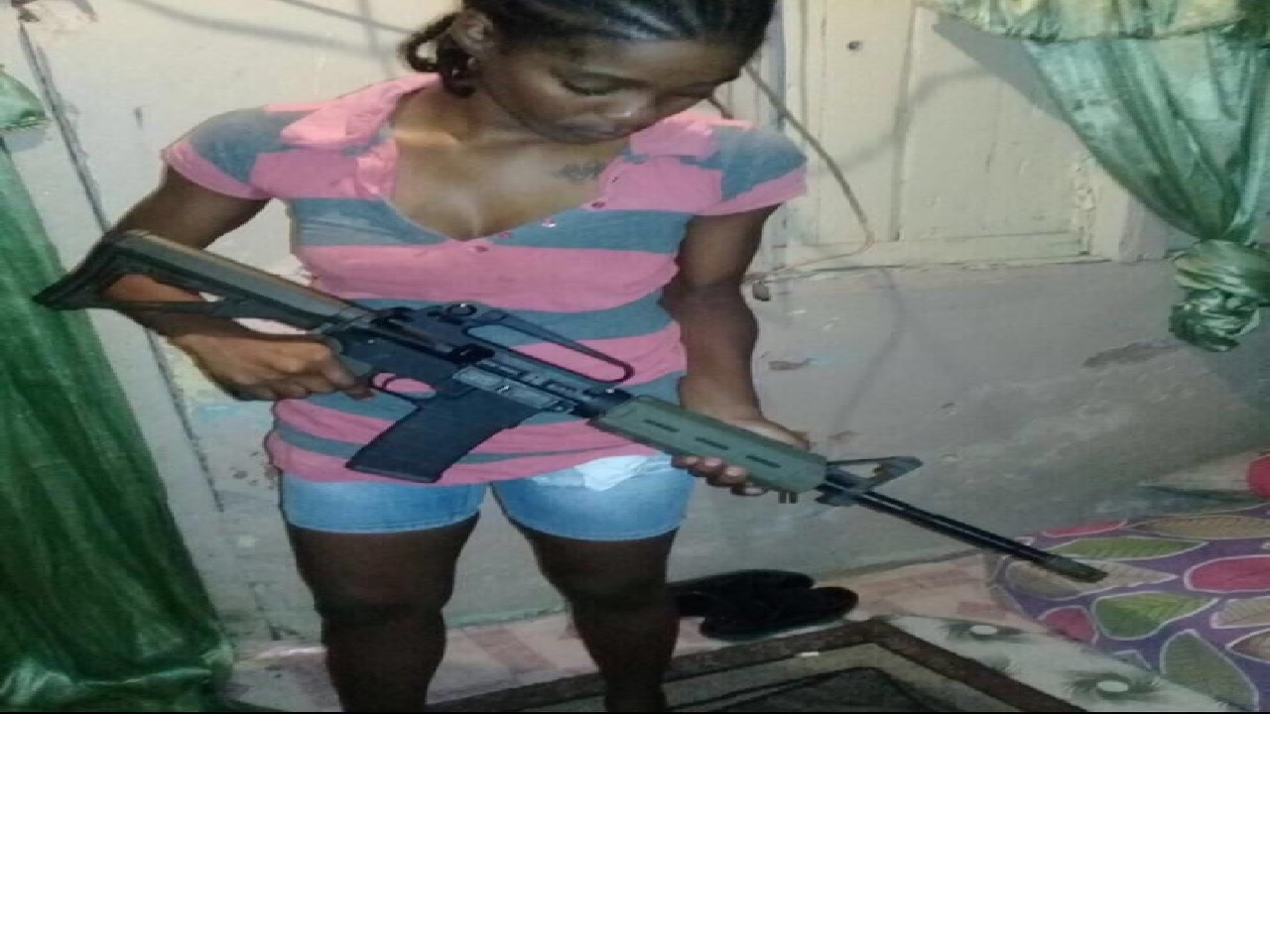 The pictures were also circulated with a video of a police operation at a location that seemed to be along Old Harbour Road in St Catherine, Jamaica, in the vicinity of the Homestead community. In the video, people were heard commenting that the police had found a rifle in a vehicle that was being searched.

The occupants of the car were lying on the ground, with the onlookers saying a woman was among those who had been in the vehicle, leading to some conclusion that the pictures related to the Old Harbour Road operation.

But Sentel Asentel addressed the issue on his Facebook page. He pointed to the issue of being linked to Jamaican gangsters, which he said was among the challenges he had to deal with in fostering his music career, noting that he was called in by the Trinidad and Tobago police in relation to the pictures.

The artiste said the gun in the picture was a BB gun. The type of firearms is designed to shoot shot projectiles called BBs — metal balls.

He said he had the lead role in the video, which is geared at teaching youngsters that criminality does not pay.

In his post, Sentel Asentel, using the same picture beside one with another man in uniform, said, “and dis here is the generous officer/publisher dat goes by the name Avalon Ramgulam of such fabricated craft on me holding a BB/dummy gun in a single pic dat was taken during a video shoot in which I was to play the role/character of an example as to why the youths should stay away from guns and crime.

“And as u can see, my single pic is now tied up and linked to other pics as one crime scene of unknown sources, territories and possessions dat am not affiliated with. So plz, I kindly ask the public to start paying closer attention to the police and their investigations, okay,” Sentel Asentel said.

The Dominican druggist’s picture was used on social media to suggest that the Jamaican cop had been involved in wrongdoing.

It is also not the first time recently that a Jamaican music video with gun-toting elements has gone viral and caused public concern about the seemingly real weapons being carried by persons in the pictures.