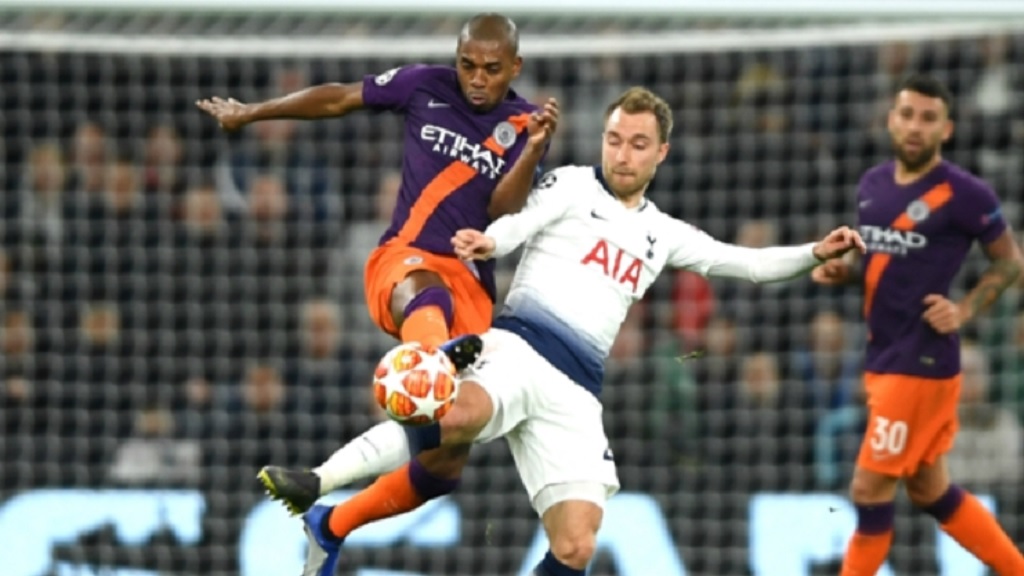 Pep Guardiola has strongly denied a claim from Ole Gunnar Solskjaer that his Manchester City side deliberately set out to commit fouls.

And Mourinho's successor Ole Gunnar Solskjaer followed suit in his pre-match news conference, claiming "there will be fouls" in Wednesday's Premier League clash at Old Trafford.

Victory in the derby would put City in pole position in the title race, moving them back above Liverpool by a point with both sides having three games to play.

And Guardiola bristled at Solskjaer's suggestion City cynically bringing counter-attacks to an end is one of his tactical instructions.

"Receive a lot of fouls? So we are going to make fouls to them? Did he say that?" Guardiola said to reporters. "With 75 percent the average, or 65 or 70 percent of the ball, how you do that? I don't have any comments about that.

"I never prepare a game in my 10 seasons as a manager thinking about this kind of thing. Never. And my players can talk better than me about that.

"I'm concerned many, many other things about the game to have to play to beat them than this kind of thing.

Guardiola indicated he feels Solskjaer's words were an attempt to influence the match referee Andre Marriner.

"I don't like it. I don't like it," the City manager said when asked again about the Norwegian's comments. "My team, our team is not built to think and create for that, not at all. I know exactly what I say to my players from the day one, from the last day.

"So we want to play, want to try to attack, we have to be honest and of course there is contact, of course there are fouls, but when it happens and you arrive late and yellow [card] - that's why there are referees to make a yellow card or a red card, or whatever they decide.

"We want to do our game, I want to do our game. Sometimes it's not possible because the others play too, the people sometimes [find it] difficult to understand that, but the other teams play too. But never, never... I prepare the game to do my, our own game, that is what I want."

Guardiola does not expect Solskjaer's comments to have an impact on the referee, though.

"Really I don't know. I will be suspended [if we talk about referees]. I will be in trouble."