Guardiola expects improvement from City and Sterling after big victory 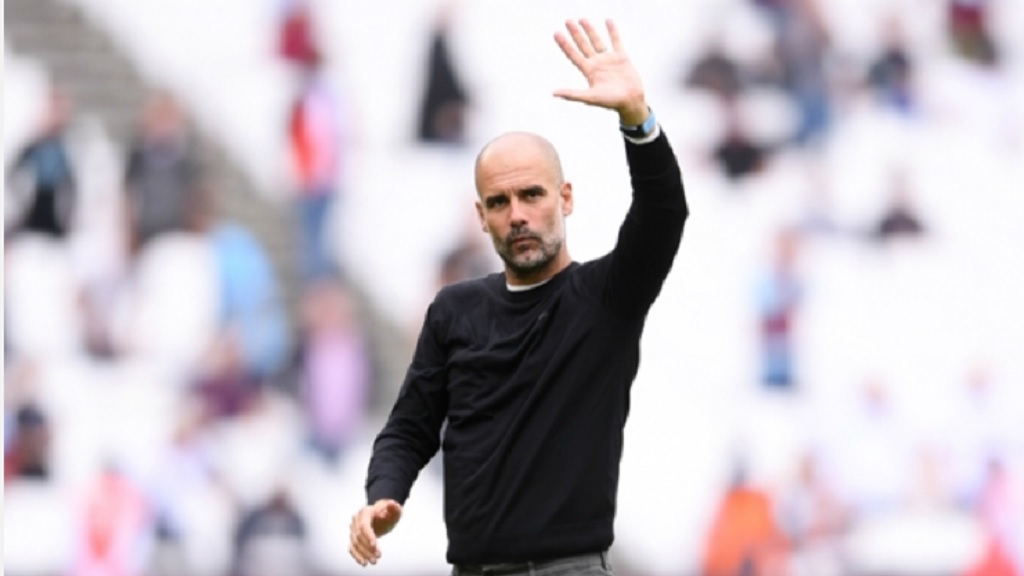 The Premier League champions cruised to a resounding victory in their season opener at the London Stadium on Saturday, shifting through the gears at will in a four-goal second half.

"In terms of five goals, it is the perfect start, yes," Guardiola told a news conference.

"But the performance of the first half was far away from where we want to be. The other [half] is normal.

"We are still not in the top condition and I knew that we missed and lost a lot of simple balls, so it's so difficult to have a good tempo of our game.

"Today Raheem scored and Bernardo [Silva] is going to score and it was an incredible performance today from Riyad Mahrez, an incredible level.

"I think in all of the pre-season games [Sterling] scored goals from the beginning, so every single game he scored a goal.

"But in the first half, he can do better."

Gabriel Jesus scored City's first in the 25th minute and would have had a brace had Sterling not strayed offside by the barest of margins in the lead-up, an indiscretion spotted by VAR.

Technology also played a part in allowing Sergio Aguero to retake and convert a spot-kick that was initially saved, while the visitors were made to wait for confirmation of Sterling's second goal following prolonged analysis.

Guardiola said players and fans alike will have to adapt during VAR's debut season in the Premier League.

"In that period where you are celebrating, you have to be calm and be strong," he said.

"It is going to change the dynamic not just for the team but for the spectators. The spectators were quiet, and after [Jesus' goal was disallowed], they were looking and thinking 'oh, we can celebrate'.

"It will be a good lesson for our future, but it is what it is."