Guardiola eager for Sane to stay at Manchester City 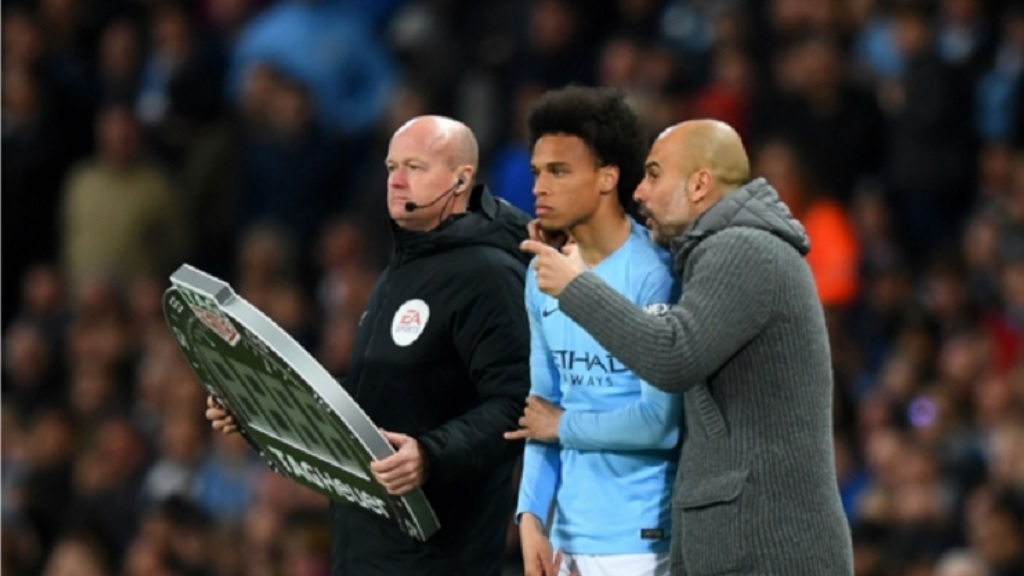 Pep Guardiola has no plans to allow Leroy Sane to leave Manchester City, as he aims to bolster the Premier League champions' squad in the off season.

Sane found himself on the fringes of City's team at times this season, with Guardiola often preferring Raheem Sterling and Bernardo Silva in the wide positions.

The Germany international has still amassed 46 appearances across all competitions, scoring 16 goals and providing 10 league assists.

However, Sane – who has two years remaining on his contract – has been linked with a move back to Germany, with Bundesliga giants Bayern Munich reportedly interested in the 23-year-old.

Guardiola, though, has refuted the suggestion he is open to selling Sane, confirming that City, who are aiming to secure a domestic treble by beating Watford in the FA Cup final on Saturday, are well on with attempting to secure the winger down to a new deal.

"We are one-and-a-half years trying to sign his [new] contract. We want him," Guardiola told a news conference.

"It's like [Ilkay] Gundogan, for example – it's the same case.

"He's competing with Sterling and Bernardo Silva. It's not easy. If you want to play in for competitions for the quadruple we need Leroy, Sterling, Riyad [Mahrez], Bernardo, we can't compete for the quadruple with just two wingers.

"They have to fight each other and play the best as possible to convince me to put them in the line-up."

Despite being unwilling to be drawn too much on City's plans for the transfer window, Guardiola acknowledged that he will be aiming to bring in players to freshen up his squad.

"Today is difficult with transfers because everything is so expensive, the agents as well are so expensive," Guardiola said.

"Sometimes it takes more time to buy a player because of the agent than the player from the other club. So today [transfers] are not easy but some movements we have to do for the next season, yes, because people want to leave, players want to play.

"They accept not playing for a period but when the period is long it's normal that they want to play more.

"I'm not going to say how many because it depends on many things."

One player who could well be leaving City is captain Vincent Kompany, whose contract expires at the end of the season.

Kompany played a pivotal role in City's title win, scoring an outstanding goal in the 1-0 win over Leicester City, and Guardiola is hopeful that Saturday's clash at Wembley will not be the defender's final game for the Citizens, though suggested that the Belgian's fitness issues are a lingering concern.

"Hopefully not," Guardiola said when asked if Kompany would be leaving.

"We spoke with Vinny. We are going to speak after this game. But my words are unnecessary for what he has done over the last few weeks and his career.

"Vinny has shown again when he is fit what he is able to do. It is top. The problem is the period between November and February and March. We were losing quite often for that reason. When he is fit he is incredible.

"He doesn't have to show me his ability. He has it. He is incredibly good. He is good enough. It is just being fit. That is the only reason."