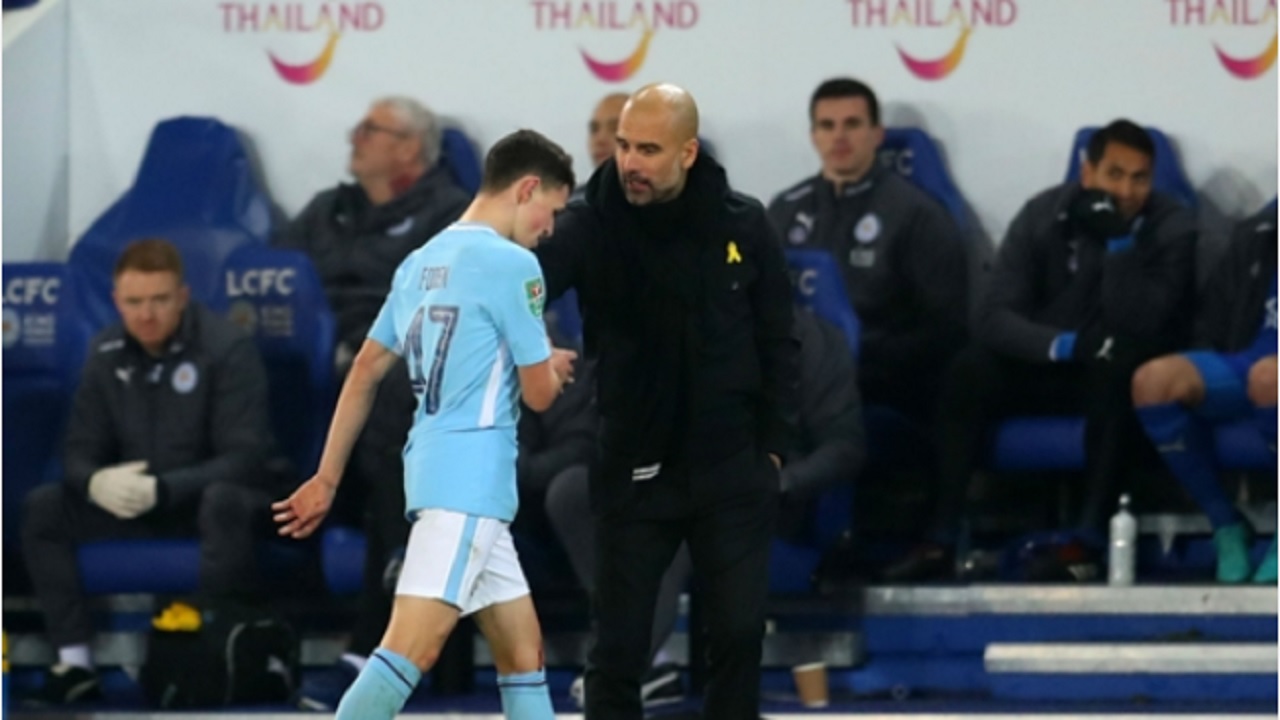 Pep Guardiola has urged referees to protect his Manchester City players after teenage midfielder Phil Foden was ruled out for at least a month with ankle ligament damage.

The Premier League leaders found themselves on the end of some robust treatment during last weekend's thumping 4-1 win over Tottenham, with Raheem Sterling the recipient of a studs-up challenge from Harry Kane before Dele Alli went dangerously over the ball on Kevin De Bruyne.

Both De Bruyne and Sterling emerged unscathed, with the Belgium international scoring a brilliant solo goal moments after Alli's tackle, while Sterling netted a late brace.

During Tuesday's EFL Cup tie at Leicester City, in which Foden put in an assured showing on his second senior start, Guardiola felt City's luck ran out as the England Under-17 star hobbled off during stoppage time before his team-mates triumphed 4-3 on penalties.

Manchester United manager Jose Mourinho courted controversy by accusing City players of going to ground easily before the derby at Old Trafford earlier this month and referee Robert Madley booked Ilkay Gundogan and Kyle Walker for simulation during the 1-1 draw at the King Power Stadium.

Nevertheless, Guardiola maintained officials should not be distracted from their primary responsibility.

"He's injured, not good," Guardiola said of Foden. "In the next fixtures he will not be able to play.

"We were lucky with Rash [Sterling] and Kevin De Bruyne in the last game against Tottenham. Really, really lucky.

"We were not lucky with Phil against Leicester. It's a ligament. He will be out for a term.

Guardiola will make a late call on club captain Vincent Kompany, who is close to a return from his latest calf injury, for Saturday's clash with Bournemouth while he is unsure whether David Silva will be available after the playmaker was excused from City's last two matches for personal reasons.

City lead the Premier League by 11 points having won 16 consecutive matches – the first of which came at Bournemouth in August when Sterling netted a dramatic 97th-minute winner.

"It was so important because we drew the game before against Everton at home," he added.

"Nobody expected we would be able to make 16 games in a row in that moment.

"It was the same when we won in the 95th minute against Southampton. When you win a lot of games, some of them you win comfortably because you play better.

"Other games you have to win in that situation. You are not able to win all 16 games with a big gap of goals.

"We were lucky in that moment and hopefully tomorrow we can make a good game."