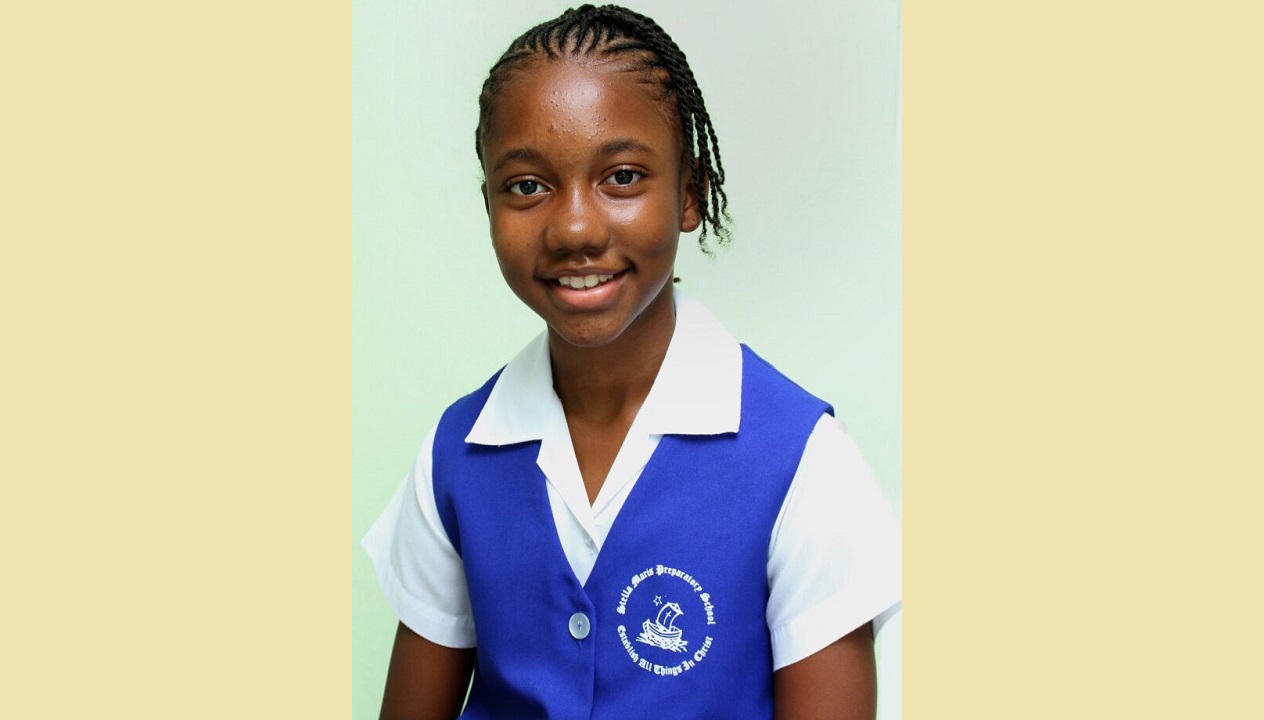 Jada Grey will be attending Campion College in September.

The parents of Jada Grey, a student at Stella Maris Preparatory School, said they were always confident that their daughter would do well in the Grade Six Achievement Test (GSAT).

After months of studying including long nights of revision, the parents said they were hoping that, for her hard work, she would be among the top performers in her class.

But when Jada got her results on Friday, the parents were ecstatic. Their daughter scored a perfect score in all subjects, one of two students at the school to do so.

And the ‘icing on the cake’ is that news of Jada’s achievement came just two days before she celebrates her birthday.

“We are really proud of her. We were always confident that she would do well but to hear she recorded perfect scores has left us speechless,” Juliet Grey, mother of the top performing student, told Loop News.

“In two days she will be celebrating her birthday and when she gets home we will definitely be finalizing plans for the big day.”

Jada was also placed in the school of her choice, Campion College.

The Greys were among thousands of parents from across the island who joined their children to collect GSAT results at school on Friday.

The Ministry of Education reported that 99 per cent of the nearly 40, 000 students who sat GSAT this year were placed in high schools. This the ministry said was two percentage points higher than the 2016 figure.

The ministry said 79 per cent of the 2017 GSAT cohort were placed in their preferred school, according to just released statistics from the ministry.

A total of 39, 729 students were registered for the test. Some 1,521 were absent from varying components.

Last year 1,051 students were placed in all-age and junior high schools, compared to 568 this year.