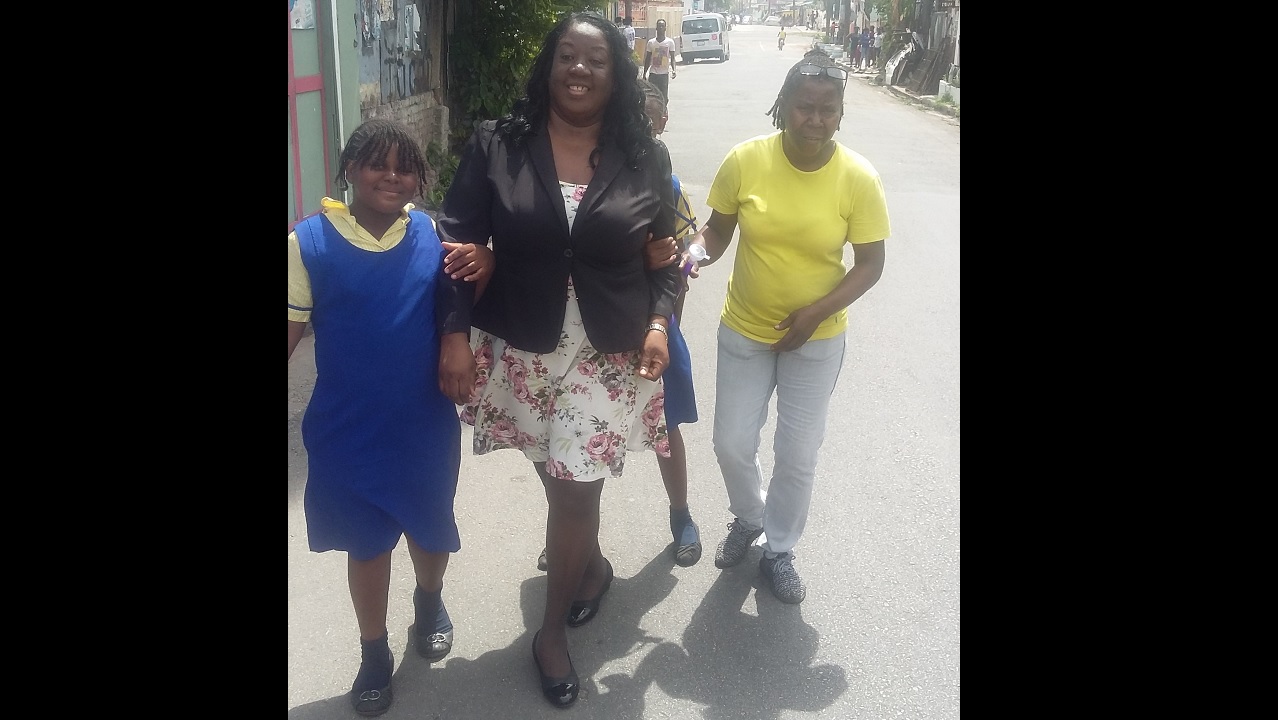 If parents, students and teachers alike in the normally volatile southern section of Central Kingston (South) could have their way, the date June 7 would be made a national holiday.

According to Juliet Campbell, Principal of St Michael’s Primary School, the day should be given special recognition because of how well students attending the school did in this year’s Grade Six Achievement Test (GSAT).

To show their appreciation, the teachers staged a walk through the community on Thursday.

“The performance this year was nothing short of historic. This year we had approximately 30 students who sat the exam, and from that figure, 18 of those students secured a place in traditional high schools,” the principal told Loop News as they walked through the area sounding their vuvuzelas and greeting members of the community.

“We are more than excited, we are more than pleased with the performance from the school that a lot of persons have described as the ‘forgotten educational institution’,” the principal said.

The Education Ministry on Thursday released the results of the GSAT, ending months of anxious waiting among parents, students and teachers alike.

Teachers at a number of schools said that based on preliminary assessments, there was an improvement in the pass rates in a number of subject areas.

Minister of Education, Youth and Information, Senator Ruel Reid earlier this week announced that there were improved performances in four of the five subjects used for testing in the final sitting of the GSAT.

The overall students’ mean per cent scores for Language Arts, Communication Task, Science and Social Studies showed improvement over the previous year’s performance by one per cent, 5.5 per cent, 7.9 per cent and 1.6 per cent, respectively.

Addressing a press conference at the ministry on Tuesday, Senator Reid said the Government is pleased to have on record an increase in students’ performance in these four areas, especially Communication Task.

“We have seen that, overall, there has been a positive trend in the right direction. Communication Task, which is a written component of these exams, achieved the largest percentage point increase. This is encouraging, as it shows that the students have been developing the skills of critical thinking and are able to express themselves,” the minister said.

He added that all students who sat the GSAT in March have been placed in full secondary-level institutions.

“The ministry, this year, has placed all students in full secondary-level institutions, an improvement over last year by one per cent. Last year, we achieved 99 per cent, and this year, I said we were going to deliver and get 100 per cent… We have,” he said.

Cheers of joy amidst tears of disappointment for GSAT students