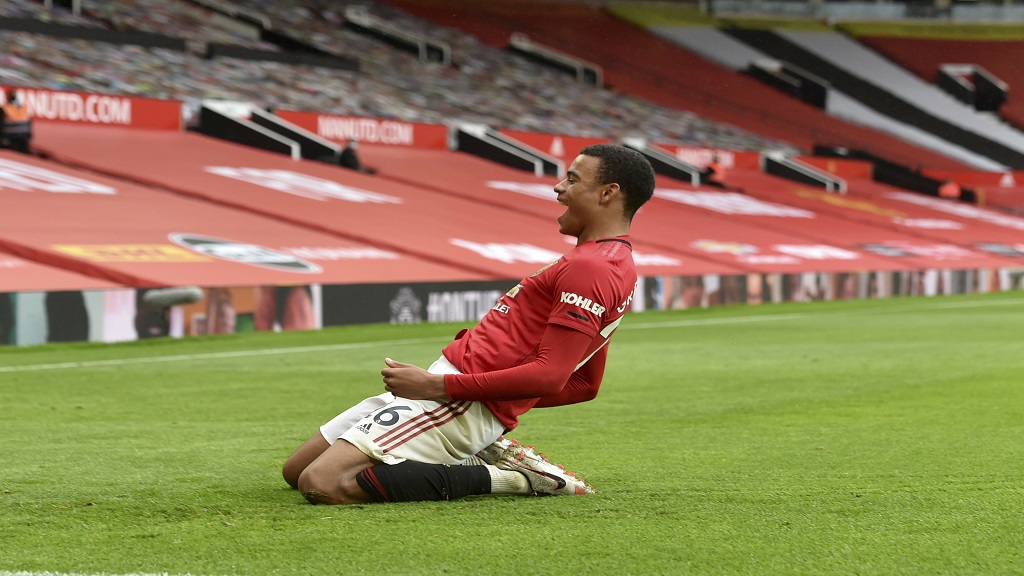 Teenage Manchester United striker Mason Greenwood enhanced his burgeoning reputation with wonderful finishes off either foot for a double in a 5-2 win over relegation-threatened Bournemouth in the Premier League on Saturday.

The 18-year-old Greenwood took his goal tally in all competitions for the senior team to 15 in his breakthrough season at United and the quality of his strikes showed why he is being rated as one of English football’s most highly-rated talents.

His first goal, which canceled out Junior Stanislas’ 16th-minute opener for Bournemouth, was lashed home with his left foot after being fed by Bruno Fernandes.

After a penalty from Marcus Rashford and a brilliant 25-yard finish by Anthony Martial, Greenwood got his second with an individual strike that saw him drift round left-back Diego Rico and fire an angled right-footed shot into the top corner in the 54th minute.

That restored United’s two-goal lead at 4-2 after Josh King’s penalty for Bournemouth, and Fernandes added a fifth off a free-kick from the edge of the area in the 59th.

With Fernandes also setting up two goals, the Portugal playmaker has six goals and five assists in nine league games since moving from Sporting Lisbon in January.

A third straight victory, in which the team has scored at least three times in each game, maintained United’s push for Champions League qualification. Ole Gunnar Solskjaer’s side stayed three points behind third-place Leicester with five games remaining, with other Champions League contenders Chelsea and Wolverhampton playing later Saturday.

Bournemouth remained in next-to-last place, a point adrift of safety, at the end of a week when they also was beaten 4-1 at home by Newcastle.