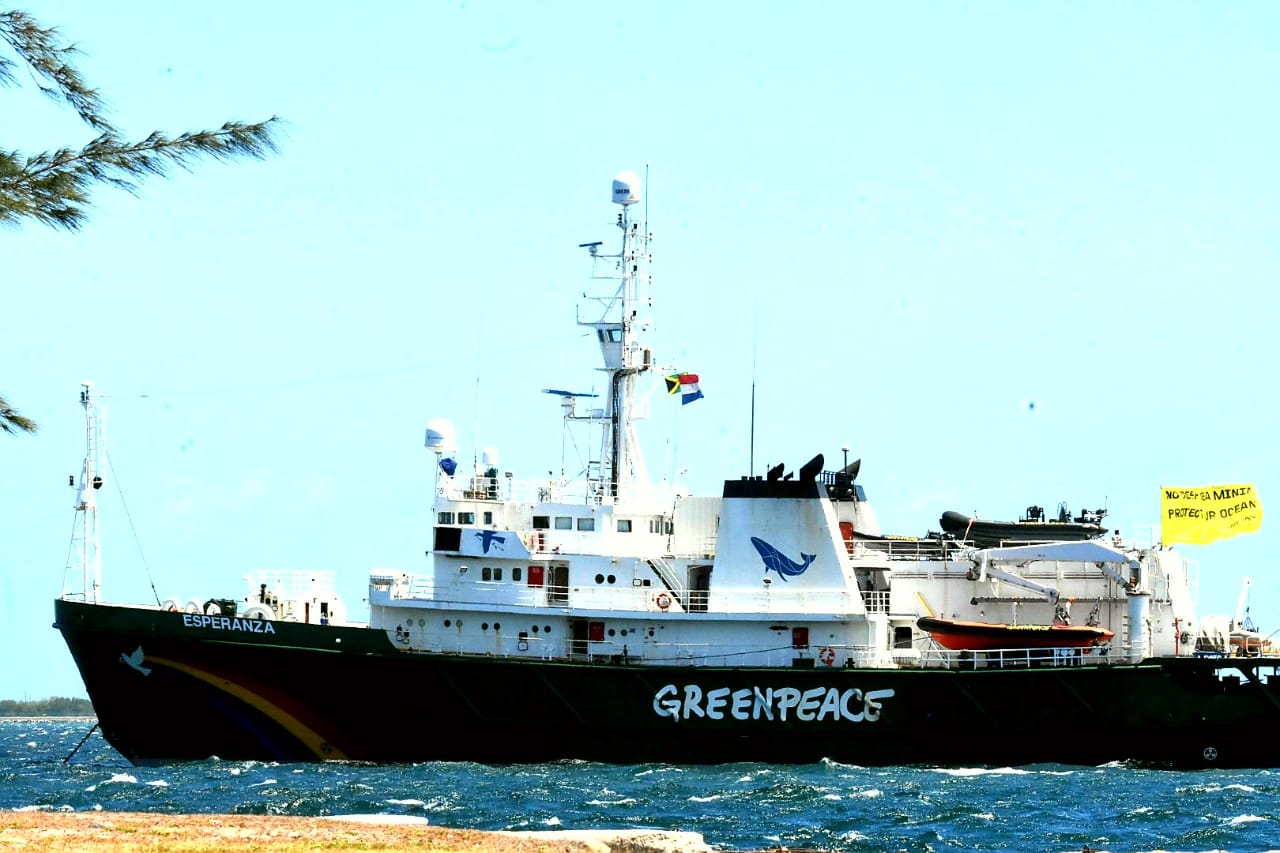 Greenpeace’s ship, The Esperanza in the Kingston Harbour on Tuesday as members participated in a protest against deep sea mining. (PHOTO: Marlon Reid)

The protesters deployed a six-metre banner saying “No to deep sea mining, protect our oceans” and called on governments to agree on a strong Global Ocean Treaty that would protect the oceans from industrial exploitation.

Although Jamaican waters are not a target for deep sea mining, the Government of Jamaica has agreed to sponsor Blue Minerals Jamaica Limited’s application for a deep sea mining exploration contract this year. JET expressed concern about the absence of information in the public domain and the implications of this agreement for Jamaica and our oceans. 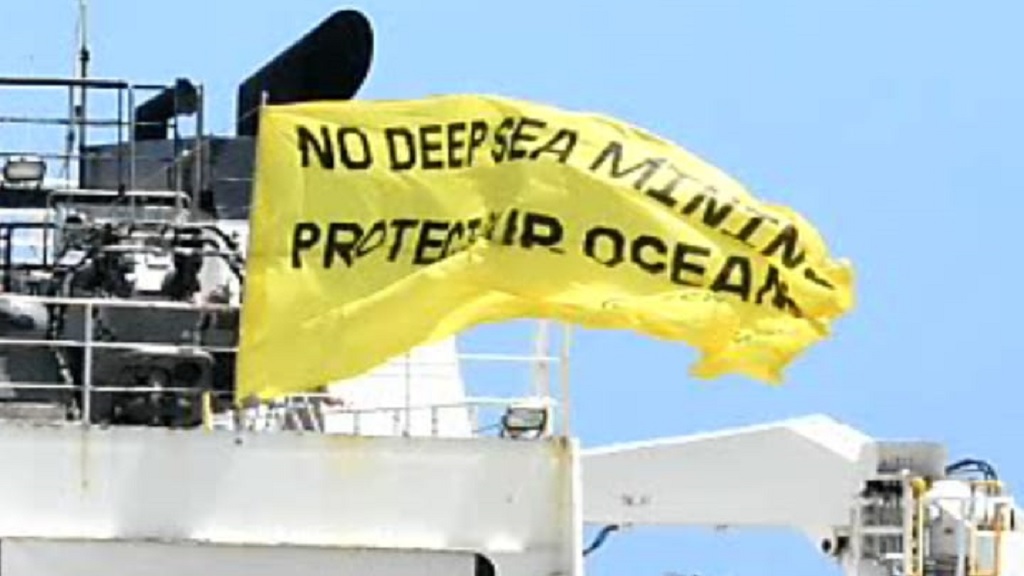 “In the absence of a national regulatory or monitoring framework for deep sea mining, combined with significant associated environmental and financial risks, a sponsorship agreement with a deep sea mining company does not reflect well on the GOJ's international commitments to transparency and sound environmental stewardship,” said Suzanne Stanley, CEO of JET.

Greenpeace’s ship, The Esperanza is in the middle of a Pole to Pole expedition from the Arctic to the Antarctic, highlighting threats to the ocean and calling for a Global Ocean Treaty to protect international waters from multiple pressures, including the deep sea mining industry.

“The oceans are facing more threats now than at any time in history, but the dangerous deep sea mining industry wants to put yet more pressure on fragile ecosystems. The International Seabed Authority is responsible for regulating deep sea mining, but instead of safeguarding the deep ocean this so-called regulator is serving the interests of industry and ‘selling off’ the seabed for mining exploration,” said Louisa Casson of Greenpeace’s Protect the Oceans campaign.

The assembly outside the International Seabed Authority comes the day after a protest against bauxite mining in Cockpit Country, a Jamaican biodiversity hotspot.

"Mining, whether on land - in the Cockpit Country - or in the deep ocean, is never good for the environment. As global citizens the Jamaica Environment Trust joins the efforts of those holding world leaders accountable for their actions related to the health of our oceans. The rush towards Deep Seabed Mining (DSM) puts the health of the world's oceans at risk, threatening marine biodiversity and our common ecological heritage,” said Stanley.