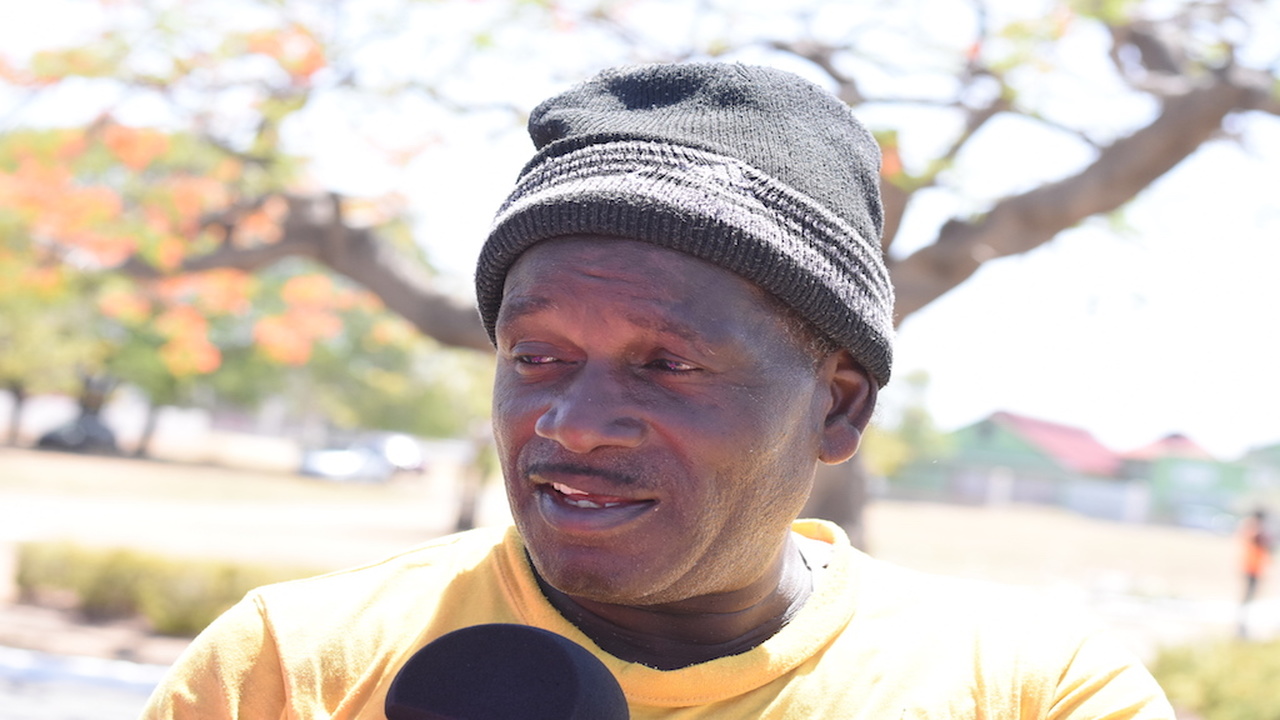 Mark Daley... described the job as his most prestigious one to date as a contractor with the KSAMC. (Photos: Marlon Reid)

Mark Daley believes he has reached the pinnacle of his construction career, having been given the opportunity to oversee the establishment of the final resting place of the late former Prime Minister of Jamaica, Edward Phillip George Seaga, at National Heroes Park in Kingston.

Daley, who was tasked with preparing, lining up and digging out the grave, as well as doing the block work and readying the vault for burial, was busy late on Thursday afternoon putting in the final touches ahead of the funeral on Sunday.

It is a job that was unexpected for Daley, but he took it on with great pride, knowing that his work will be viewed and scrutinised more than all the previous works that he has done as a contractor with the Kingston and St Andrew Municipal Corporation (KSAMC).

"It is an honour. I never dreamed I would be here doing this for Mr Seaga at no time at all," said Daley on the job.

He added that he holds Seaga in high esteem for the work that he did for West Kingston, Jamaica and the Caribbean. He said he grew up while Seaga was prime minister from 1980 until 1989, and witnessed his contribution in the constituency, the country and the region. 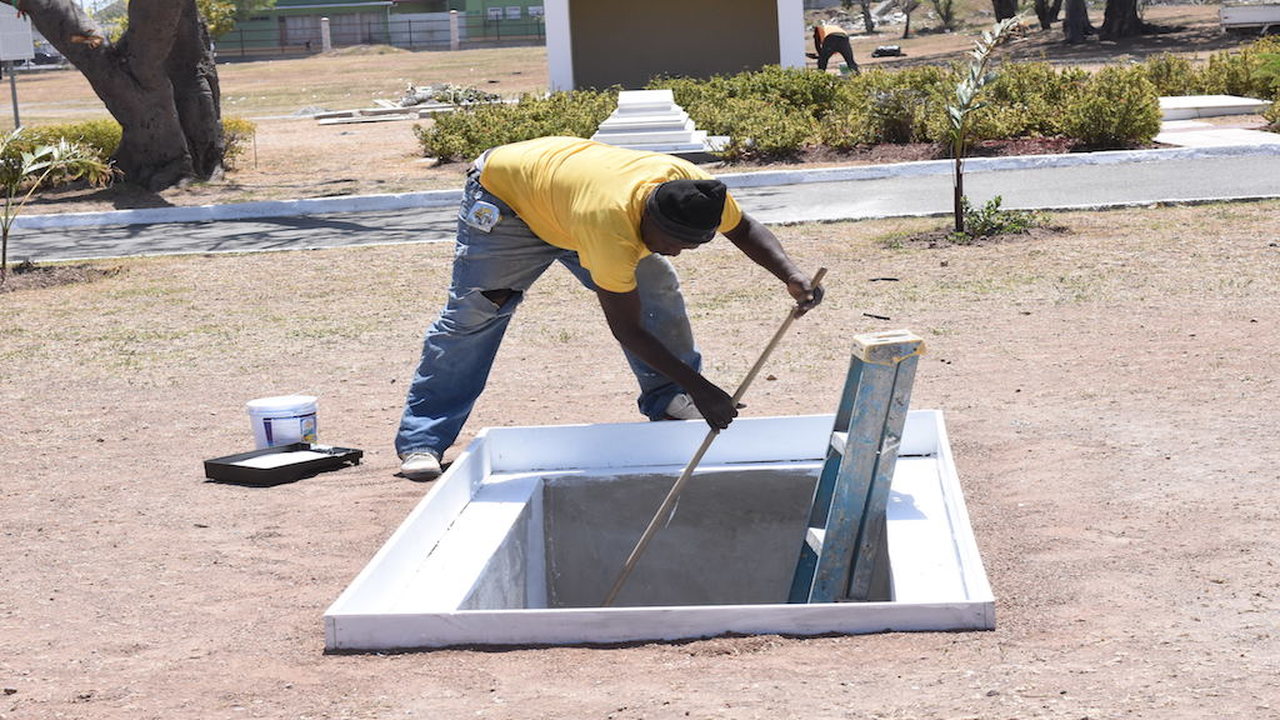 Daley on an aspect of the early stages of the overall paint job.

Daley, in an interview with Loop News reporter, Job Nelson, said while he never met Seaga personally, he got the chance to see him up-close twice while visiting Tivoli Gardens for football matches, once as a teenager and the other time as an adult.

Seaga was an avid follower of Tivoli Gardens' sports and cultural programmes. He created the community by transforming a rundown section of the Corporate Area known as ‘Back-O-Wall’ into the housing scheme, and has a hero-like status among the residents there.

For Sunday, Daley said the burial spot was approximately 90 per cent completed on Thursday afternoon, with only the painting to be completed. 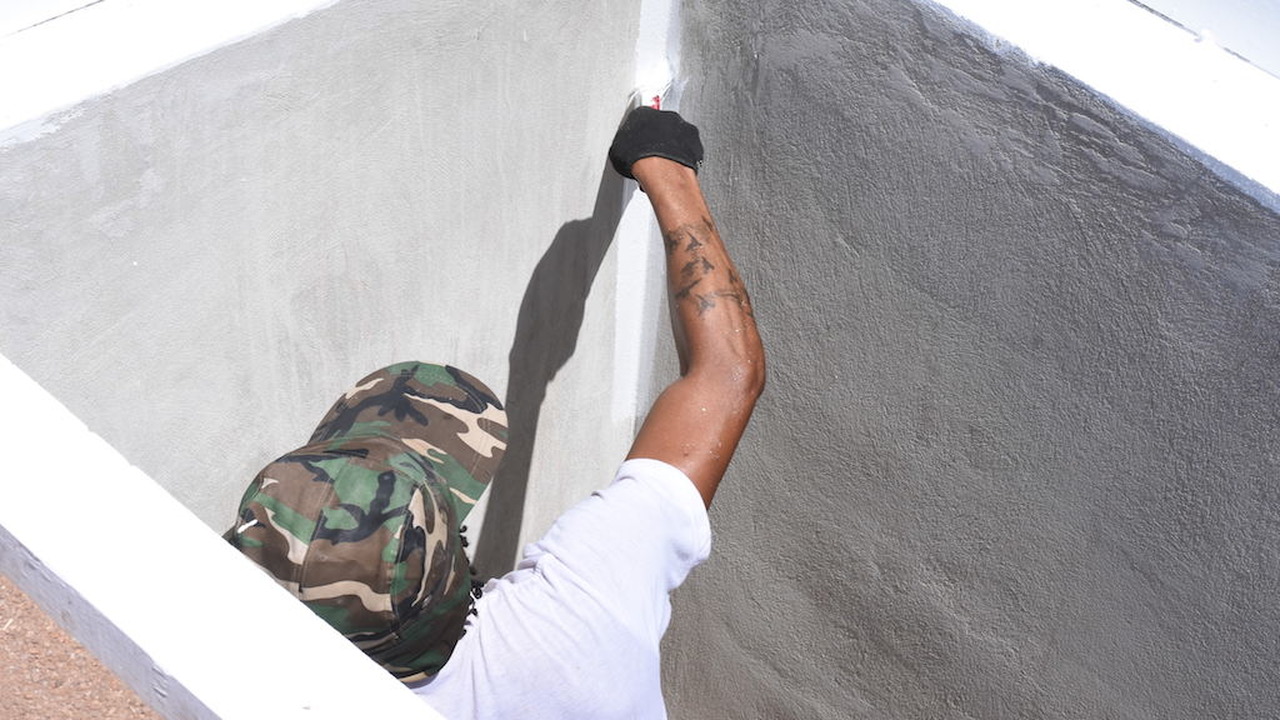 A member of the work team establishing the final resting place for Edward Seaga, doing some of the early, interior paint job work on the facility.

He said, "can call it seh it finish. The grave is ready. That's about 90 per cent, as it is just the painting need to be done."

He said it took about four days to steel and block the grave.

Seaga, Jamaica's fifth prime minister, will be given a state funeral on Sunday after dying on his birthday on March 28 in Miami, Florida in the United States of America, where he had gone to seek medical attention after ailing for some time.

Ironically, he died in the country where he was born, as his mother was visiting Boston, Massachusetts when she had him, but he returned to the island when he was just three months’ old.