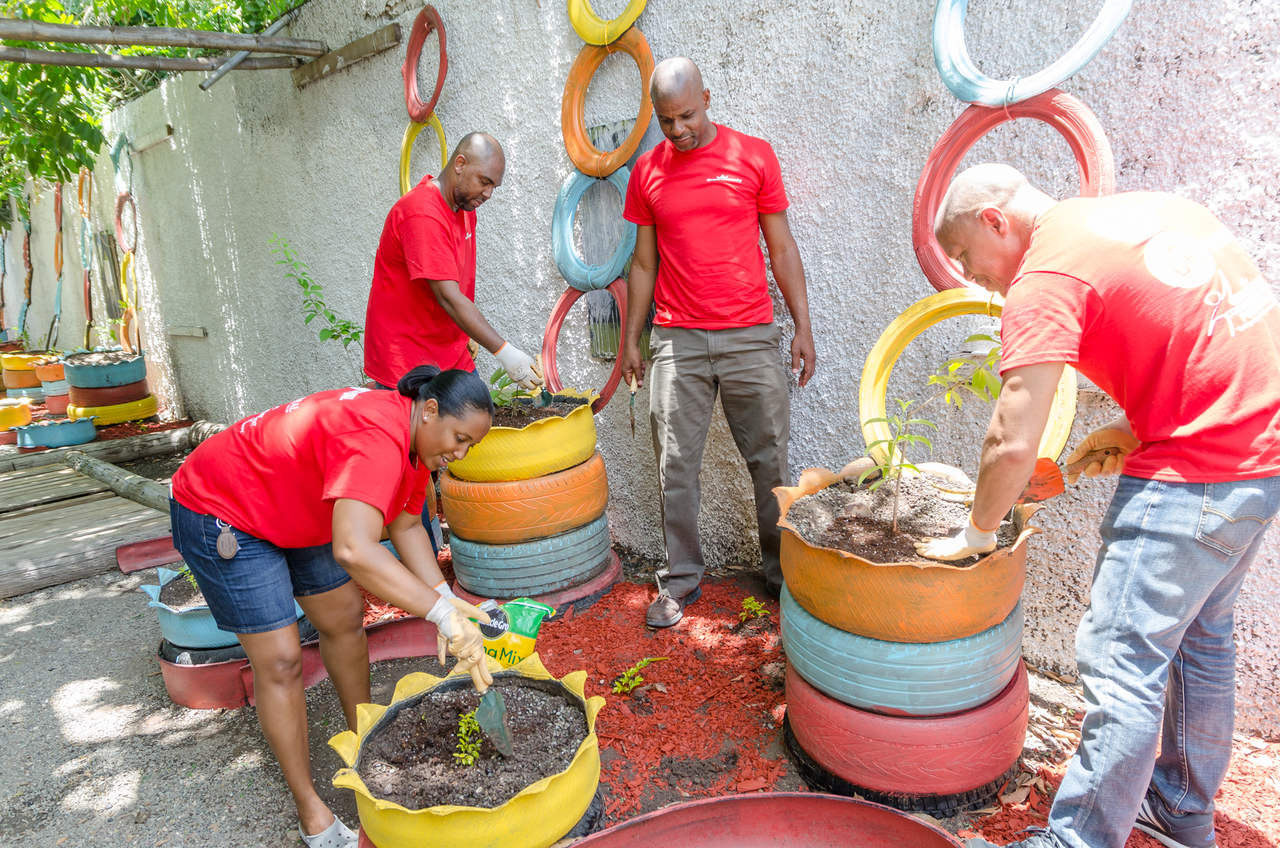 A year to the date that primary school student Taysha Hughes was slain in her community by gunmen, two subsidiary companies and one of the foundations under the GraceKennedy Group have come together to complete a peace garden in her memory at the Holy Family Infant and Primary School.

The Grace & Staff Community Development Foundation, along with team members from GK General Insurance and GK Capital Management, converged at the school Hughes attended on Labour Day last Wednesday to assist with beautifying the Parade Gardens school and, more importantly, to take steps to create a serene and safe place for students and the neighbouring community.

Christopher Wright, principal of the Holy Family Infant & Primary School, said, “It was born out of an idea from our guidance department to remember the life of someone we cared about who passed away through an act of violence.” He continued, “We believe that children must understand that there is another way – and the other way is peace, especially with how we resolve our differences.”

It was amidst the busy end-of-year school period last June, just after the conclusion of Grade Four Literacy and Numeracy tests and with pupils preparing for the following week’s annual graduation ceremony, that 11-year-old Hughes was shot and killed.

Wright, who has headed the school since 2015, explained, “Violence [in our area] is not new. But this was my first experience as leader of the school.” 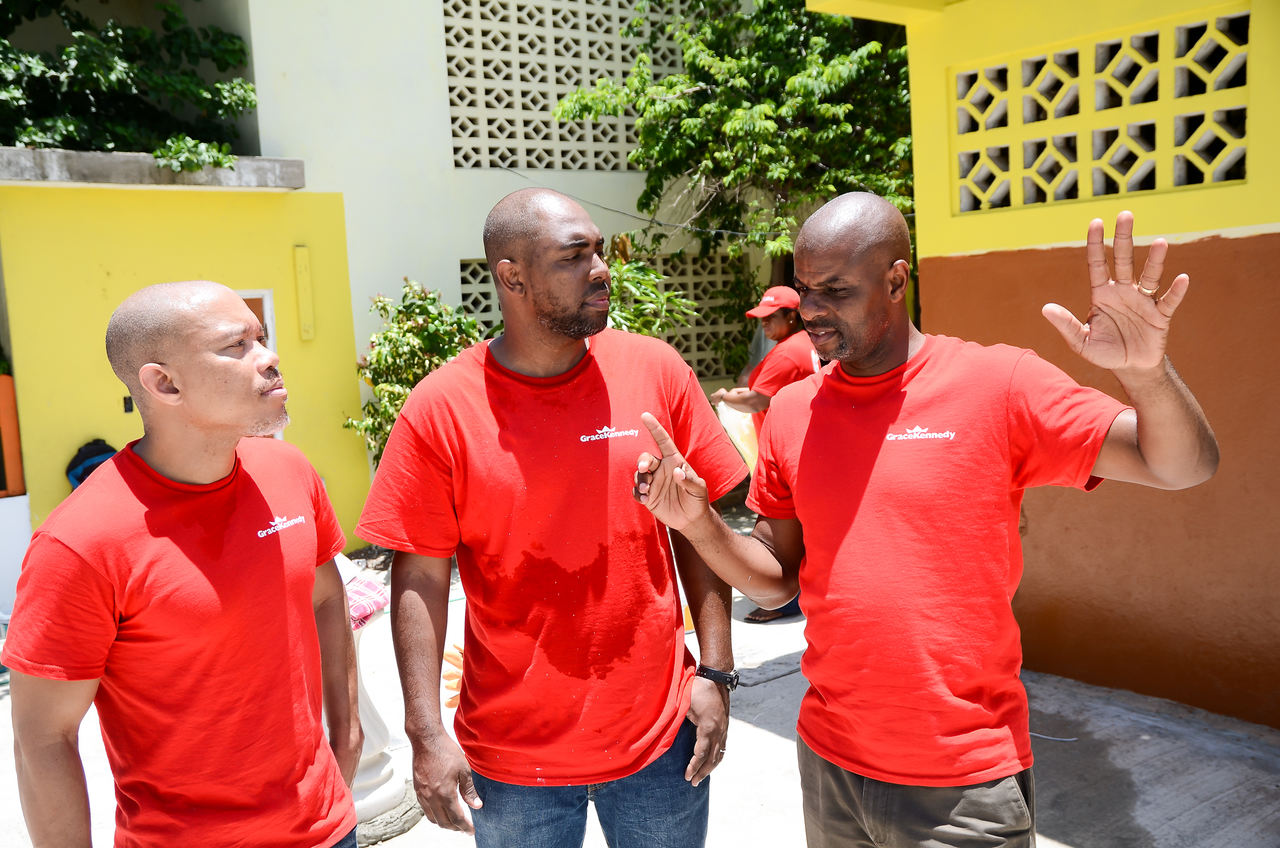 Andrew Leo-Rhynie, General Manager of GK Insurance, said, “We understand that communities, whether it’s the communities around our offices or across the island, always need support. Early childhood education is critical to the future of Jamaica so we must try to improve the surroundings for our young children.”

Steven Whittingham, Managing Director of GK Capital Management, shared similar sentiments saying, “GraceKennedy has been downtown since 1922 and we have always and will continue to support downtown.”

At present, the public institution still relies heavily on assistance and funding from corporate Jamaica and other charitable initiatives. Tanketa Chance-Wilson, General Manager of Grace & Staff Community Development Foundation, said, “Some of their students are also students at our homework centres so we especially wanted to reach out to Holy Family. We knew the garden, which was originally installed by UP (Unity & Peace) Jamaica, needed a lot of debris to be removed and plants potted and the entry wall painted so the students could utilise it.”