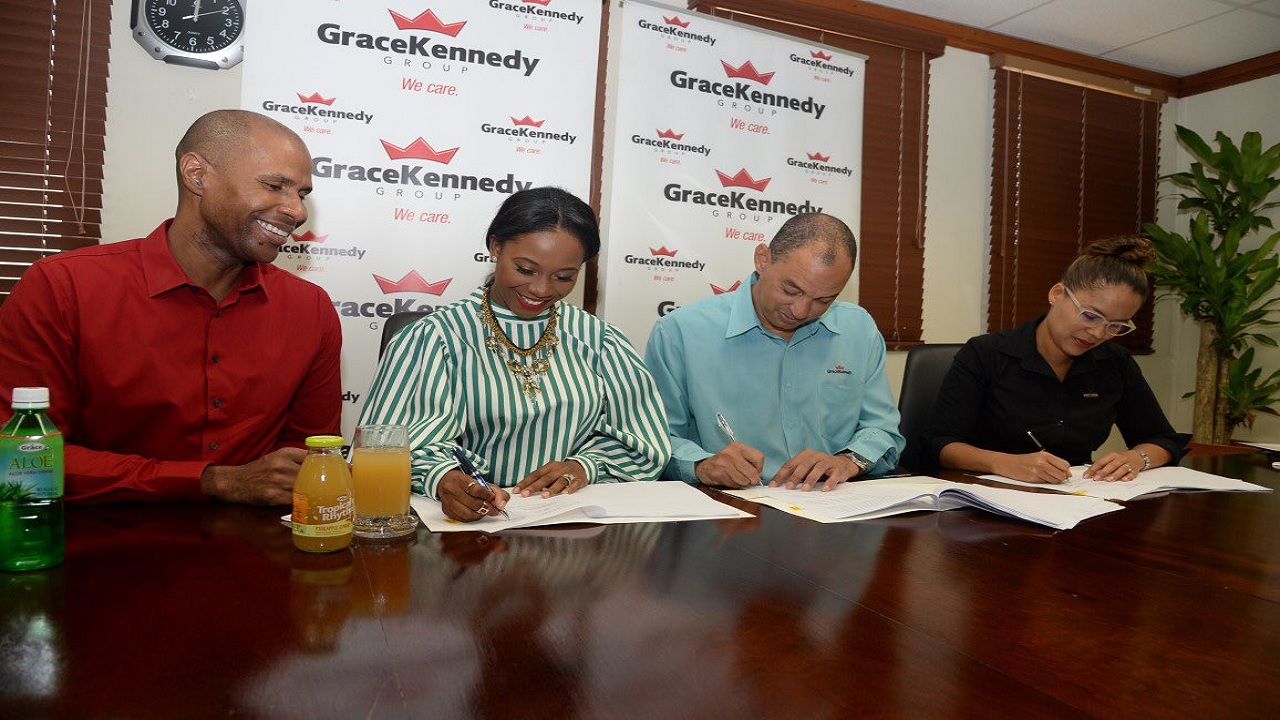 The signing of the new contract was carried out at GraceKennedy’s corporate office in downtown Kingston on Wednesday, the company said, noting that it represents the 10th year that the Olympian will be serving as Ambassador.

In a press release, GraceKennedy’s Group CEO Don Wehby said, “We are extremely happy for the fifth renewal of our contract with Shelly-Ann Fraser-Pryce, which will become effective January 1, 2018, continuing through to 2021. Shelly-Ann has been an outstanding Brand Ambassador since 2008. She has been a very dedicated, loyal and hard-working ambassador who represents the GraceKennedy values of Honesty, Integrity and Trust.”

Wehby added, “We are looking forward to Shelly’s performance on the track. I believe that the best is yet to come.”

Noting that the two-time 100m Olympic gold medallist and triple-time world champion had taken on a new role, that of motherhood, Wehby congratulated her on the birth of her son, Zyon.

In response, Fraser-Pryce said, “I am so excited to be extending my endorsement agreement with GraceKennedy.”

She went on to say, “Grace has confidence in me as an athlete and love for me as a new mother. This is a beautiful way for me to mark my tenth anniversary as Ambassador.” 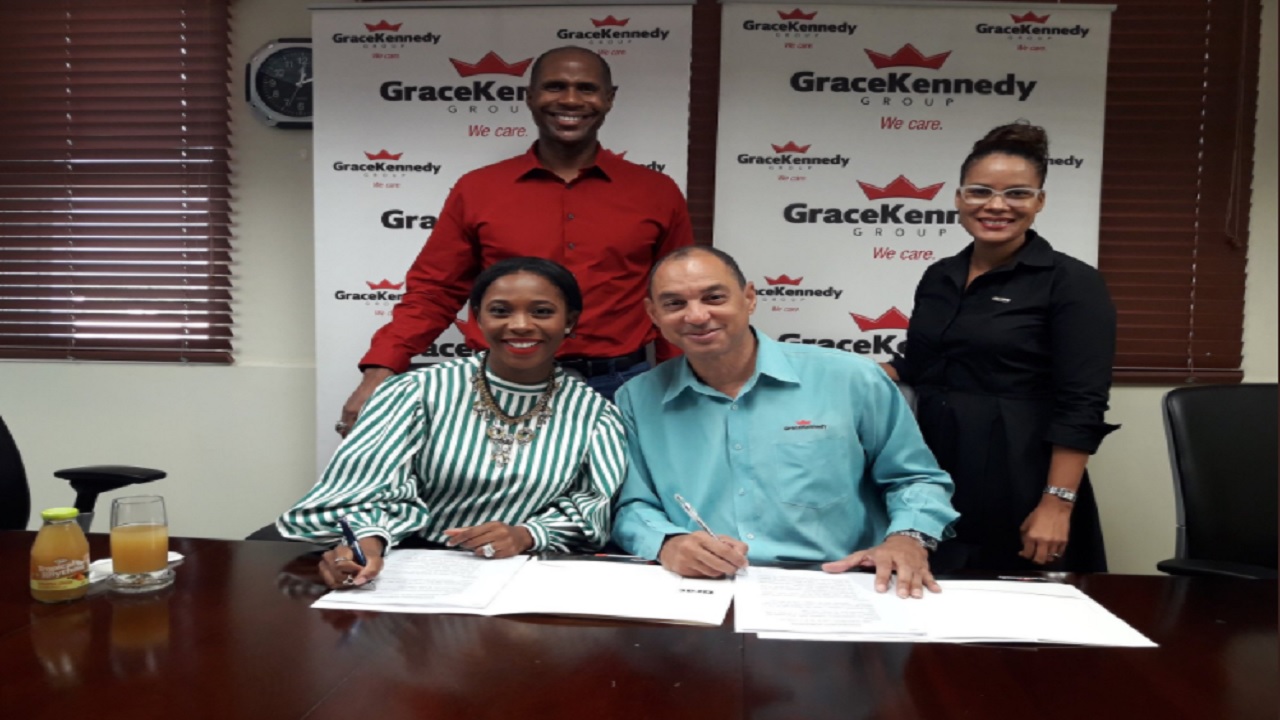 She shared with GraceKennedy that she had resumed training earlier this month.

Fraser-Pryce  first signed as Brand Ambassador with Grace Foods in 2008, for a two-year period. This was subsequently renewed for another two years.

In 2013, the agreement took on new dimensions as her contract was extended to cover a four-year period, instead of the usual two, and she became a GraceKennedy Ambassador. She also specially represented Grace Coconut Water in 2013 and 2014.

Her senior career in athletics began in 2007 when she earned her first global medal by running in the qualifying round of the 4X100m at the IAAF World Championships held in Osaka, Japan, where Jamaica earned the silver medal in the final.

In 2008, she took the world by storm, running 10.78 seconds in the Beijing Olympic 100m final, thereby winning the Gold Medal and running the fastest time in the world.

In 2013, Shelly-Ann Fraser-Pryce was awarded the highest award in track and field athletics by being named the IAAF Athlete of the Year. She earned this after becoming the first woman in history to be the Triple World Sprint Champion. She achieved this by winning the 100m, 200m and 4x100m at the World Championships in Athletics.

GraceKennedy noted, in addition to her impressive accomplishments on the tracks, Fraser-Pryce has demonstrated an equally commendable performance in giving back to the society.

As the founder of the Pocket Rocket Foundation, Fraser-Pryce provides scholarships to high school students who participate in sports and are in need of financial assistance. Through its annual Six-A-Side Football Competition, the Foundation promotes peace and camaraderie through sports among at-risk youth in Waterhouse and surrounding communities.