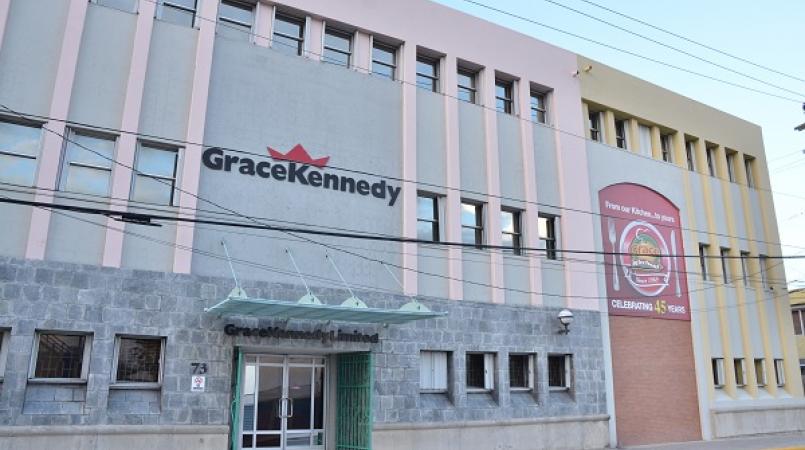 Jamaican conglomerate GraceKennedy Limited has reported a 12 per cent increase in second quarter net profit to $2.5 billion for the three-month ended June 2018.

This was driven largely by growth in its Food Trading and Insurance segments, the company said.

In commenting on the Group’s performance, Group CEO Don Wehby said, “We are pleased with the increase in profits during the six-month period. The company has performed well and we will continue to make the necessary changes to position ourselves for continued growth. We are expecting this positive trend to carry through to the end of 2018. “

The company has embarked on a multi-year transformational journey aimed at improving performance and shareholder value. Since the beginning of 2018, the Group has been reviewing its overall organizational design, cost structure, and business processes at all levels.  The changes being made, the Group CEO said, are aimed at achieving greater agility, sustainable efficiency, and revenue growth.

“The organisational changes will allow us to leverage the existing strengths within the Group as we continuously look at ways of improving the way we do things, for the benefit of all stakeholders.  We look forward to reaching our 100th anniversary more energized and well on our way to realising our goal of becoming a Global Consumer Group,” he added.

The Board approved the payment of an interim dividend of 45 cents per stock unit, payable on September 26, 2018. This is up 18 per cent from the 38 cents per stock unit paid to stockholders in September 2017. Group CFO Frank James said, “This brings the dividends declared to date to approximately $844 million, an increase of 25 per cent or $169 million over the corresponding period in 2017.”

The Group reported that its Food Trading segment experienced growth in revenue and pre-tax profits over the corresponding period of 2017.  This was due to improved performance in the domestic foods business.

While showing an increase in revenue over prior year, the Company’s international foods business experienced a decline in pre-tax profits compared to the corresponding period of 2017 primarily due to the performance of Grace Foods UK Limited.  During the period Grace Foods UK Limited made significant investments in the Nurishment and Aloe brands.   These investments resulted in increased costs however it is expected that this will lead to sustained brand value growth and a stronger market share for these products.

The Group continued to execute on its strategy of increasing its online presence with Grace Foods Canada successfully increasing its product offering, including Grace Coconut Milk Powder and Grace Pure Coconut Water, on Amazon.

GraceKennedy was also appointed the exclusive distributor for the Catherine’s Peak brand which will immediately benefit from the company’s extensive distribution network. The Company also announced its intention to acquire a 35 per cent share in Catherine’s Peak bottled pure spring water business, subject to the satisfactory completion of due diligence. This transaction forms part of GraceKennedy’s strategic growth initiative to expand the Group’s healthy product alternatives portfolio, while acquiring top Jamaican brands with broad consumer appeal capable of growing both locally and internationally.

Segments within the GraceKennedy Financial Group experienced mixed fortunes during the period, as the Money Services and Banking & Investments segments both experienced decline in revenue and pre-tax profits, while the Insurance segment grew revenue and pre-tax profits over the corresponding period of 2017. The performance of the Money Services segment was due to a reduction in transaction volumes in the remittance business in Jamaica stemming from the implementation of enhanced compliance measures. These strengthened compliance measures continue to impact the business in the short term but they are expected to lead to long term benefits for the Company and increased competitive advantage through a stronger network of agencies. GKGI showed increase in profitability which resulted from growth within the motor, property and engineering portfolios with the GKGOnline channel continuing to show strong growth.

The company expressed its appreciation on winning the 2017 Jamaica Chamber of Commerce’s Best of Chamber Award in the Extra Large Category.  The award is presented to an outstanding member company that has displayed the highest levels of sector performance and best practices in the areas of corporate leadership, product and service quality, human resource development, marketing innovation, corporate citizenship and sustained growth.

Wehby expressed gratitude to GraceKennedy’s dedicated employees, directors, customers and shareholders for their efforts and confidence in the Company. The Group CEO reiterated the Company’s guiding principles in the pursuit of its goals. “We look eagerly to the future, to the achievement of 100 years of serving our customers at home in Jamaica, and across the world, while remaining true to our core values of Honesty, Integrity and Trust,” he said.