GraceKennedy, journalist give back to Tower Street homework centre 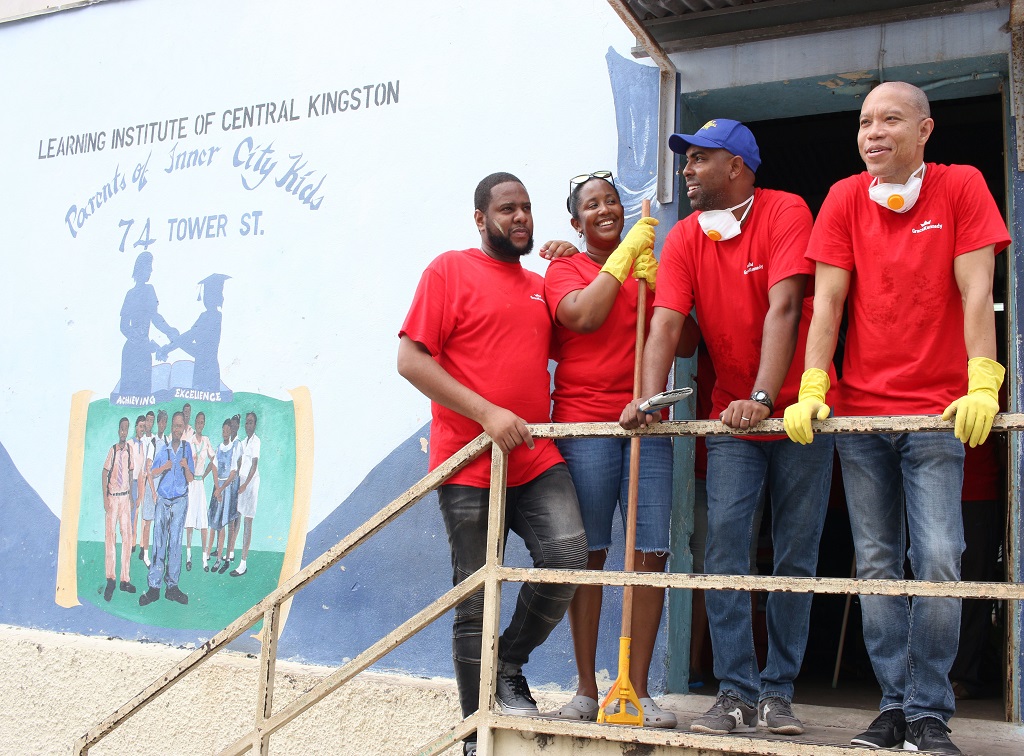 William Mitchell has a passion for giving a voice to those who are oftentimes unheard. Each day, he enjoys the privilege of telling their personal stories and shedding light on the issues they face as part of his job on the popular Nationwide News Network radio station.

His news stories are told from the perspective of persons who are affected by crime within their communities. But though many know the illustrious news reporter via the morning, afternoon and evening newscasts, what they may not know is that he also has a story of his own to tell. Against all odds, Mitchell managed to overcome the unfavourable circumstances of living in a violent inner-city community while also growing up without his parents in the care of only his older sister.

He said, “I didn’t grow up with my father, and my mother left to live in the States when I was in grade five. When I was coming up, [Parade Gardens] was much worse than it is right now in terms of violence and killings. We grew up with a lot of that around us.”

He says his saving grace at the age of 13 was one of Grace & Staff Community Development Foundation’s numerous homework centres – The Learning Institute of Central Kingston, located at 74 Tower Street in downtown Kingston.

It is for this reason that the Gold Street native decided to join the Grace & Staff Community Development Foundation, along with team members from GK Insurance and GK Capital Management, on Labour Day last Thursday to assist with beautifying the centre in order to continue providing a safe place for students. 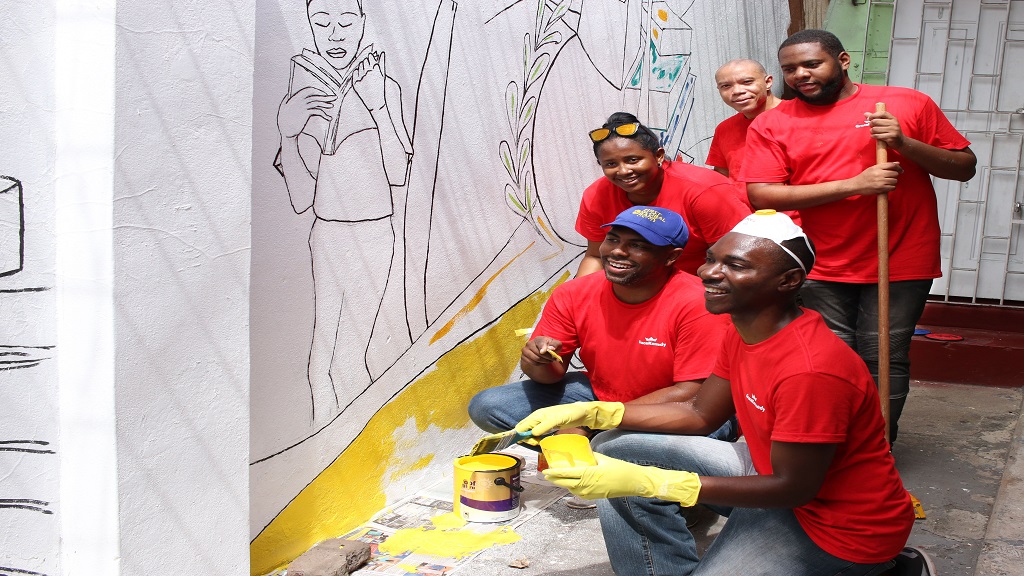 Their six Homework Centres and 1 STEM Center across the island serve over 700 students from the Kingston, Spanish Town and Savanna-la-Mar cities, with volunteer teachers assisting students from grade four to beyond high school.

Tanketa Chance-Wilson, General Manager of Grace & Staff Community Development Foundation, said, “Our original homework centre [downtown] started over 30 years ago because we were already doing intervention work in communities that are neighbouring to GraceKennedy’s offices and subsidiaries. Especially at that time, children there needed a safe space where they could complete homework assignments while socialising with adult supervision.”

Luckily for Mitchell too, he met Dr Curtis Sweeney during his teenage years at the centre. The Counselling Psychologist and Programme Coordinator at Grace & Staff Community Development Foundation, would eventually guide the Campion and St. George’s Colleges past student in finding his love for journalism after noting his love for the English language.

Steven Whittingham, Managing Director of GK Insurance, said, “We support early childhood education because it is the root of our future scholars as studies show how early childhood development helps with the development of one’s life. GraceKennedy remains in the area and commits to developing it, so there is a personal connection.” Andrew Leo-Rhynie, Managing Director of GK Capital Management, shared similar sentiments saying, “The partnership with the community, with the parents and with the students through education is something that GraceKennedy is very strong on as it lends to the nations’ growth and development.”

Mitchell is just one of the many success stories originating from the development of the centre. Michelle Peters-Mullings, who oversees its operations, said, “I believe in the development of underserved communities, and so for GraceKennedy to accept it as their corporate social responsibility speaks volume for the company. The community appreciates what the company does for them, which is to allow children who didn’t see a way out to find within their mind’s greatness.”