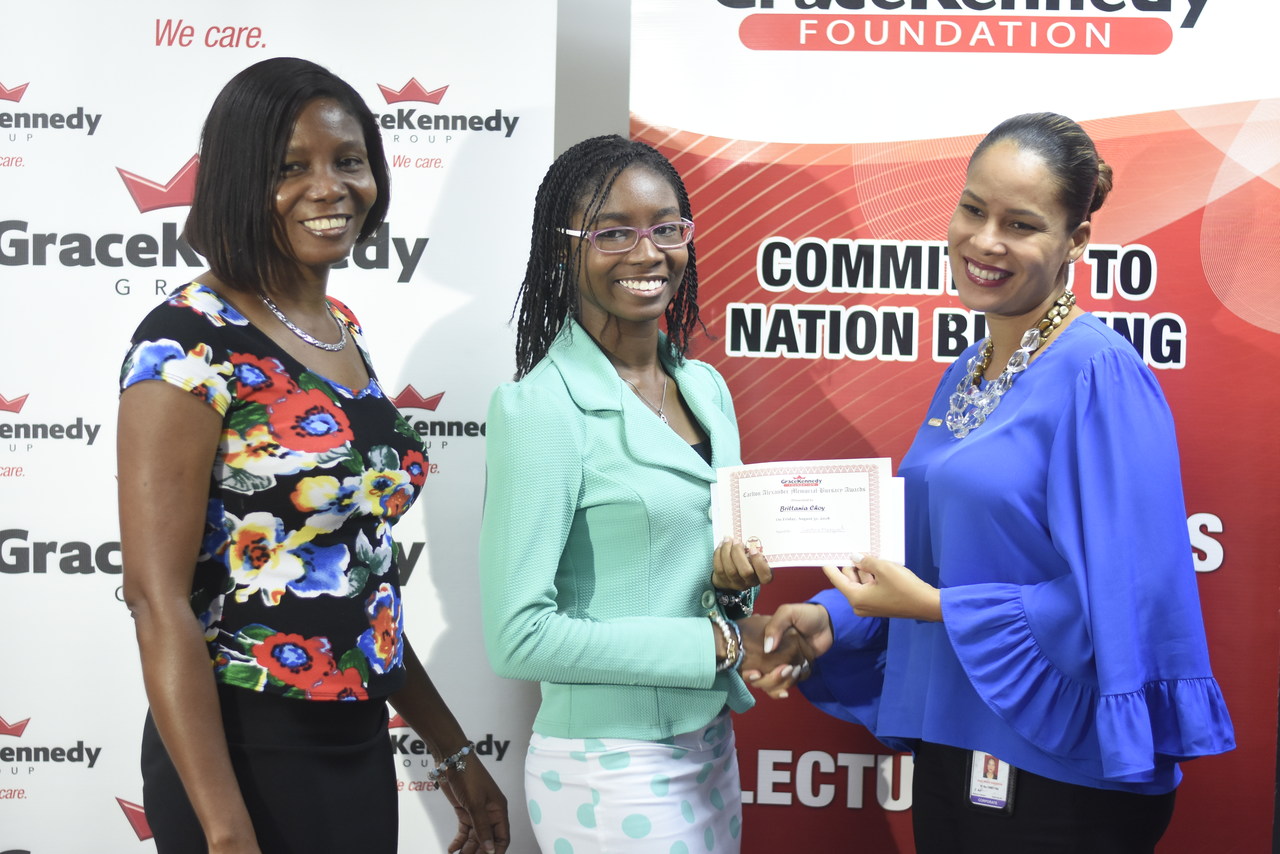 The bursaries are awarded based on outstanding academics, while actively participating in co-curricular activities. The children must also show strong leadership within their school community.

GraceKennedy Foundation awarded 20 bursaries to children of workers of the company at a function at its Harbour Street, downtown Kingston office last Friday.

The bursaries are awarded based on outstanding academics, while actively participating in co-curricular activities. The children must also show strong leadership within their school community.

They are renewed yearly after reports are provided to confirm that the recipients have maintained an acceptable standard of performance.

According to Executive Director of Grace-Kennedy Foundation, Caroline Mahfood, a student who was selected for a tertiary bursary, deferred, because she had gotten on the non-sponsored programme of the company, which gives a scholarship of $3 million.

Chairman of GraceKennedy Foundation, Dr Fred Kennedy, said that the bursaries are fittingly named after Carlton Alexander, who was a charismatic individual and well loved by staff members. He said that Alexander, the former head honcho of the company, expected very high achievement standards of staff.

Kennedy said that the bursaries fit into the company’s aim of creating environmentally sustainable programmes and promote a healthy lifestyle.

He said, “in this case, increase access to education for Jamaicans and so fulfill our mission by supporting the role that GraceKennedy plays as a corporate citizen within Jamaica.”

GraceKennedy's Company Secretary, Gail Moss-Solomon, speaking on behalf of Don Wehby, Chief Executive Officer of GraceKennedy, also told the recipients that they are honouring the legacy of Carlton Alexander.

She said, “many of you would be familiar with the stellar career of Carlton Alexander, but apart from this, he is also known for his values and his commitment to young people and to education.”

Pitterson said, “though you are from different grade levels, the concept of doing well is roughly the same. You set a goal and you work towards it, all the while remaining focused.

“Ensure that the goal you set is your goal and you are not just working towards it because your parents say you should, or because all your friends are doing it,” Pitterson said.