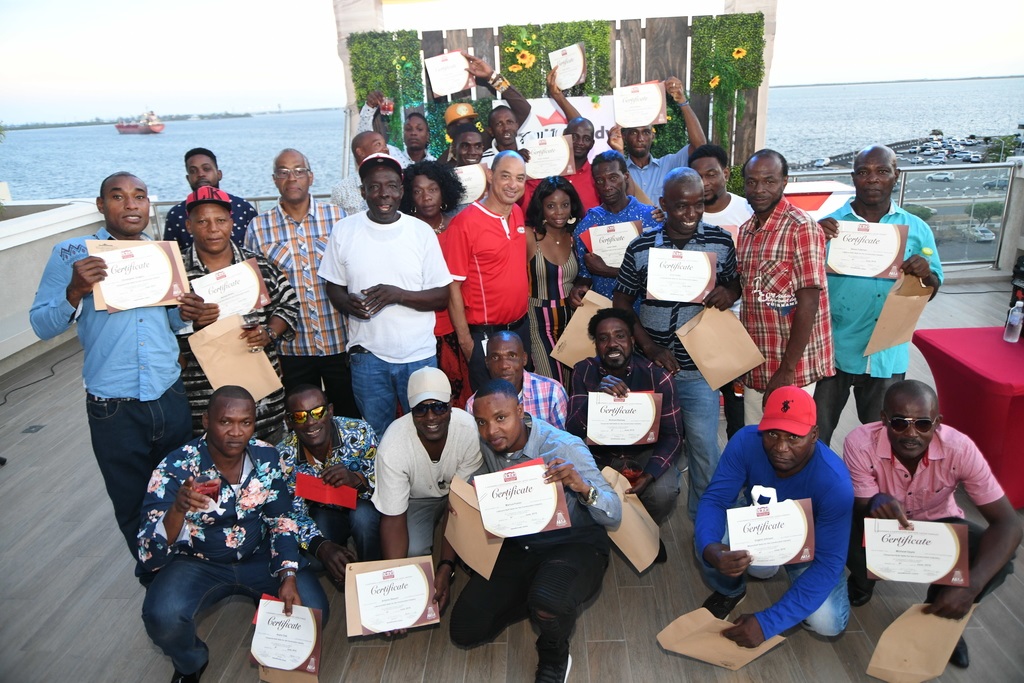 Everybody say “Grace!” GK Group CEO, Don Wehby is flanked by a proud and jubilant team of certified workers, with the beautiful Kingston Harbour as the backdrop.

With a panoramic view of the Kingston Harbour and the wider downtown Kingston as the backdrop, it was an atmosphere of gratitude and celebration as GK Group CEO, Don Wehby, hosted the community members who helped build the new GraceKennedy Headquarters on Harbour Street, at an appreciation event last Thursday.

The men and two women hail from communities in and around downtown Kingston, as well as Portmore, Spanish Town, Old Harbour and St Thomas.

The event saw the Group CEO praising them for their contribution to what he called ‘the most beautiful building in downtown Kingston’, and handing out certificates to some of the workers, who GK subsequently certified, on completion of the building, through Manpower and Maintenance Limited. 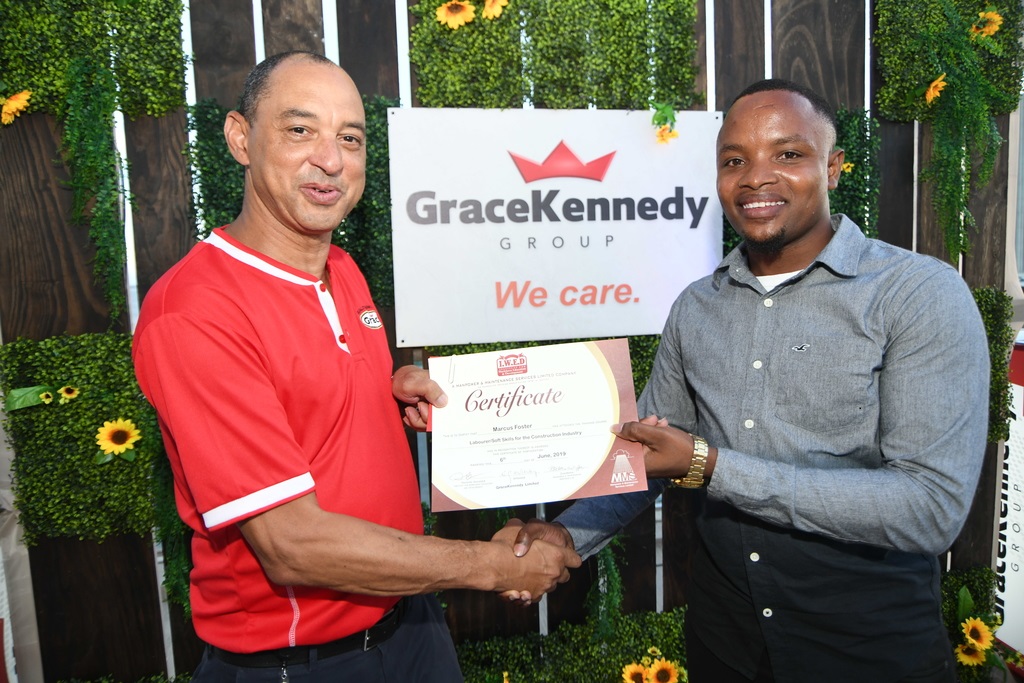 “Through dialogue with the contractors and the liaison officer on the project, we were able to identify the first cohort for certification, based on how good they were and how well they handled themselves on the site. We wanted them to be able to have something to indicate that the skill sets and experience garnered here would make them qualified employees in the future,” said GraceKennedy Group CEO, Don Wehby.

He continued, “To that end, we spoke with Mrs Audrey Hinchcliffe of Manpower and Maintenance Limited, and together we worked out a course that rounded out the technical skills they learnt here. At the end of the day, we were able to certify some 23 young men. But this is only phase one, as we plan to continue the certification until we can certify as many of them as we can.”

The project for the GraceKennedy Headquarters broke ground in 2016, with the building being completed in May of this year.

While Chinese-based Sinopharm Limited was awarded the contract for the building, they worked closely with its designer, local architect Bob Fowler and project manager, Keith Rigbye.

In awarding the contract, Wehby made it contingent on the inclusion of the majority of the workers being Jamaicans from in and around the communities where GraceKennedy operates. Some 150 community members worked on the project overall during its duration.

“We believe in teaching people ‘how to fish’. Now many of these gentlemen have skills which make them gainfully employable, and they are now better able to sustain themselves and their families. GraceKennedy is all about building capacity and building community. We really do care,” Wehby said.