Gov’t steps up drive to relocate ‘residents’ from Retirement dump 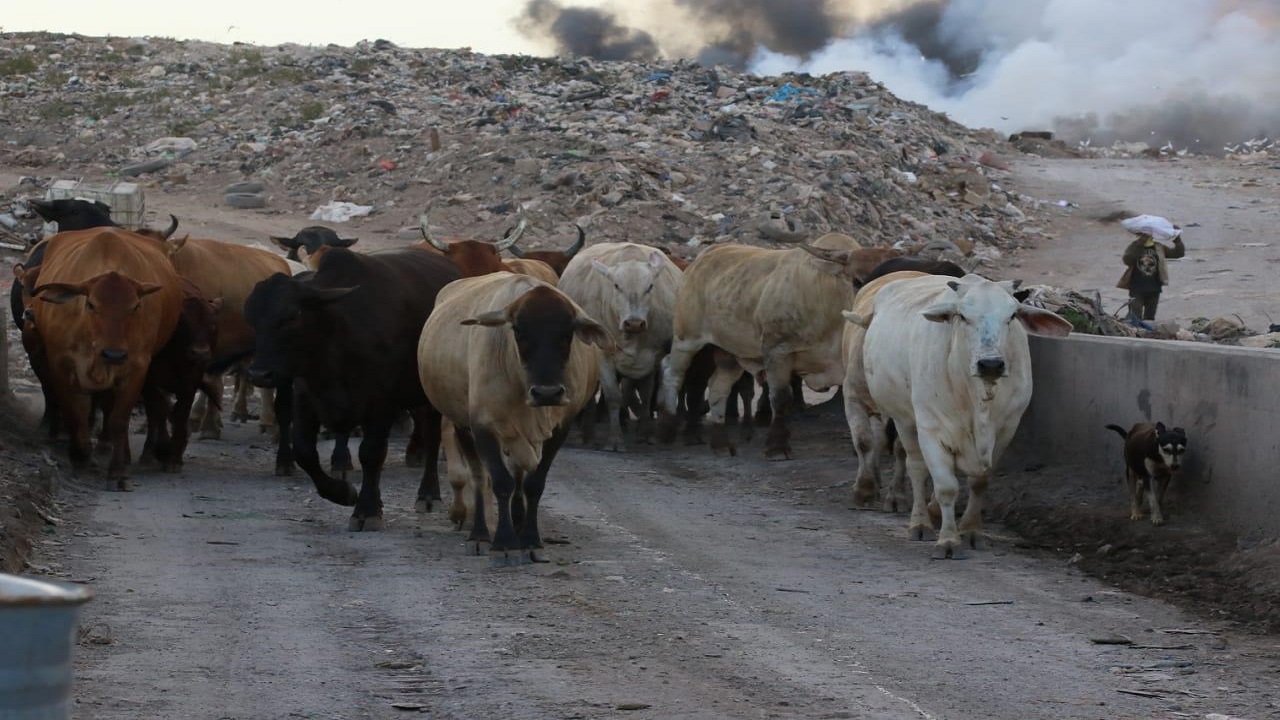 During the most recent fire at the Riverton City dump in St Andrew, stray cattle seeking to avoid the heat of the blaze contributed to the depiction of the site as more of a loosely operated ranch than an official dump. Economic opportunities, such as a cheap means of rearing animals, have long drawn people to the island's dump sites.

Minister of Local Government and Community Development, Desmond McKenzie, says plans are well advanced to separate 21 squatter families living at the Retirement landfill in St James from the facility.

McKenzie was speaking at the presentation of $1 million from Desnoes and Geddes Foundation to the National Solid Waste Management Authority (NSWMA) on Friday at Red Stripe’s plant in St Andrew.

The money is for a camera system to be installed at the Riverton City landfill in St Andrew as part of enhanced security measures that the NSWMA will be implementing to minimise the risk of fires being deliberately started at the waste disposal site.

The improved security arrangements are to be established at all the island’s landfills.

McKenzie said in respect of the 21 families who are living at the Retirement landfill, the Government will soften the impact that their removal from the site will have on their livelihoods.

“We are not a wicket Government, so we will never drive these people out of their homes, because that is what they call it, and we have to accept and appreciate that,” said McKenzie.

“We are advancing the arrangements to relocate those 21 families. We have located the lands. The municipal corporation has started to do the assessment on the location, and following that, we are going to be doing an assessment on the persons that live there, to come to a position as to how many people really are involved,” the minister indicated.

“So we are well advanced in terms of the early work that needs to be done,” he added.

According to McKenzie, after the arrangements and the relocation process have been completed, the Government will be firm in preventing a recurrence of families living at the landfill.

Both the Riverton City and Retirement Landfills were reportedly set on fire last month, with McKenzie saying that the Government had to spend over $150 million to extinguish the various blazes at landfills over a short period recently.

Smoke from St James dump still a problem for residents