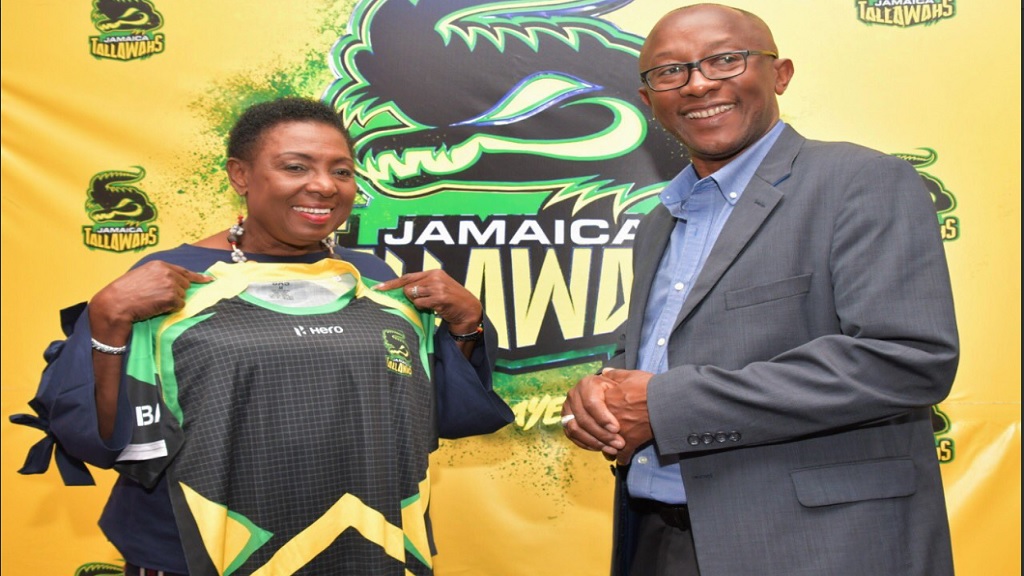 After months of doubt, the Jamaica Tallawahs will play all their home games of the 2019 Caribbean Premier League (CPL) in Jamaica, in part due to the intervention of the Government.

The deal that has been ironed out will last for at least three years.

The Minister of Sport, Olivia Grange, announced on Saturday that after much negotiations, a partnership has been forged that will see the Government providing much needed monetary support to the Tallawahs, which is regarded as one of the top franchises in the CPL.

“I am pleased to officially inform you this morning that the Government of Jamaica fully endorses the franchise and is committing through my Ministry, $2.7 million to facilitate the host games of the 2019 CPL series in Jamaica,” Grange said.

“I am here this (Saturday) morning because of the Government of Jamaica’s commitment to do all that it can to ensure the success of the Tallawahs franchise in the Caribbean Premier League cricket, not just for the pending season but for a long period of time. We are speaking about an arrangement between the Government of Jamaica and the Tallawahs organization that will be for at least three years.”

Grange also revealed that the Sports Development Foundation (SDF), which falls under her Ministry, will be providing support in both cash and kind. Specifically, the SDF will facilitate the entry of all equipment which will be exported at the end of the series.

“Where in the past the Tallawahs would have had to find the funds to pay to facilitate all the equipment coming in and then exporting, we are now taking care of that for them,” the sport minister said.

Additionally, the SDF will provide $4.6 million and the guaranteed of 60 tickets for all five nights along with two VIP boxes valued at $1.1 million for hosting of special guests.

“I am using all my government connections to negotiate and leverage these connections to assist the Tallawahs in reducing expenditure,” Grange added. She noted that the Jamaica Tourist Board was also on board.

“From every angle, I want you to recognise that this is a partnership with many partners and the Government of Jamaica is at the centre. We have created this hub and we are committed to ensuring that any support the Tallawahs need you can bank on us,” Grange stated.

“We have worked out a wonderful arrangement where we are partners and the Government of Jamaica is affording cash and kind and connections.

“Government sees collaboration with the Tallawahs as one clear way to increase investment in sporting activities that will contribute to the continued building of brand Jamaica as we seek to maximise our returns from sports,” Grange further said.

There were some rumblings from as far back as last September that Jamaica could lose the Tallawahs’ franchise because of inadequate government support.

The situation was not helped when the two-time CPL champions hosted three of their home games in Florida in the United States during the 2018 season where it had a poor run of form and where attendance was abysmal.

Following the threat to pull up stumps in Jamaica, Grange, in January said the government was willing to provide funding support to the Tallawahs, as it has done in the past, but was unable to do more at the time.

"I must mention the Prime Minister's assistance in Pepsi Cola Jamaica becoming a Tallawahs sponsor. You might say Prime Minister Holness was a 'matchmaker' in this union," Grange said.

This year, the CPL will bowl off in September for the first time. CPL 2019 will take place from September 4 to October 12.

The move to push back the competition was to ensure the availability of all West Indian players as the Caribbean side is set to host India between during July and August.

This will be season seven of the CPL and the Tallawahs have won in the inaugural year of 2013 and 2016.

London’s Gfinity eSports Arena will play host to the players draft for the 2019 CPL season on May 22.

For the draft, each franchise is allowed to retain six players and can also sign up to five overseas ­players, even though only four can be selected in an XI at any given time.