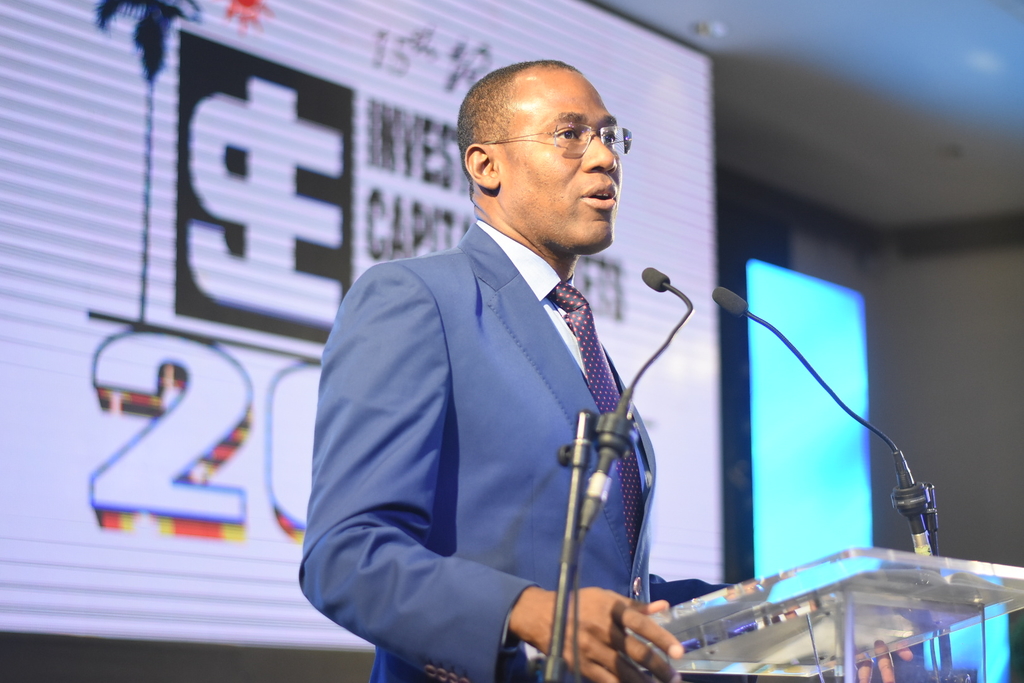 Clarke, who was addressing the 15th Jamaica Stock Exchange (JSE) Regional Conference on Investments and Capital Markets said, the government's JPS stake, which amounts to approximately 20 per cent - will be put up for public ownership shortly after the TransJamaican Highway Limited IPO.

The TransJamaican Highway IPO will commence next month.

“Again, this will be a new day in Jamaica. Up until recent times, major infrastructure assets in Jamaica have been owned and operated by foreign partners,” Clarke told the JSE conference this morning.

He said Jamaicans had not been able to participate in the gains made in the energy sector over the past 25 years.

The divestment of the government’s shares in the island’s sole public utility provider has been on the current administration’s agenda since 2017.

Opposition spokesperson on energy Phillip Paulwell had however objected to the sale  at that time. He suggested that the government consider divestment after JPS completes its 190 (megawatt) plant in Old Harbour Bay, St Catherine.

The plant was declared operational on natural gas last December. It is to be fully decommissioned this year.

It is however not clear how the government will make its 19.9 per cent stake in JPS available to the public, as stock market rule indicates that at least 20 per cent of a company has to be floated on the JSE to qualify for a listing.

The government has an option to form a new entity to hold its shares, then list it.

JPS is now primarily owned by Marubeni of Japan and Korea East West Power Company, each of which holds 40 per cent interest.

The government initially owned JPS but sold controlling interest in the power company in 2001 for US$201 million. Its current JPS shareholding is held jointly by the Account General’s Department and the Development Bank of Jamaica.

Clarke said as Jamaica deleverages, assets must be provided in the marketplace that can absorb some of the resources that would have otherwise gone to feed the government’s prior appetite for debt.

“And it is for that reason we are very pleased that the TranJamaican Highway, which will be the largest IPO in Jamaica’s history is imminent and will shortly be available for you to peruse,” Clarke said.

Clarke also said, given the size of the TransJamaican Highway IPO, it will require the participation of large institutional investors.

As a result, the government we will have a special carve-out for pension funds, he said.

“Pension funds represent hundreds, if not thousands and in some case, tens of thousands of individuals,” Clarke said. “So they don’t have to be concerned about being able to have a successful application.”

At the same time, the government will follow up on the public offer of its JPS shares with the Jamaica Mortgage Bank IPO later in the fiscal year, Clarke revealed.

“In this time that is characterized by stability ... there is no need for the government to earn an asset such as the Jamaica Mortgage Bank and we are going to turn that over to the Jamaican public via the JSE,” Clarke said.

Without providing a timeline, Clarke also reminded that the government is pursuing the divestments of certain assets in the Factories Corporation of Jamaica and the Urban Development Corporation.

“It’s too premature to speak about today but there will be some of those assets that will be divested via special-purpose vehicles and listing on the JSE. But that is for a future time,” Clarke said.