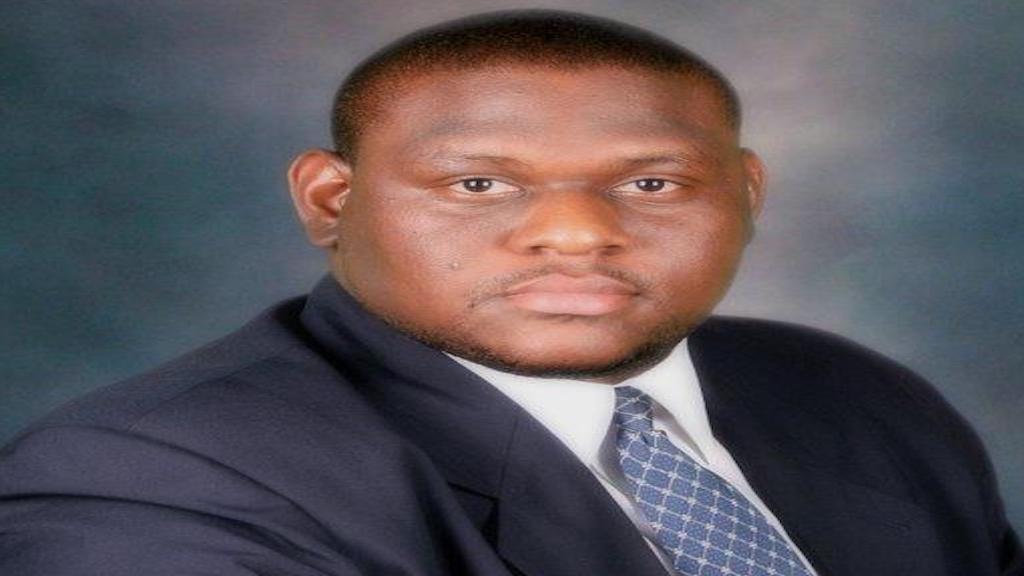 A government official is under fire for comments he made on social media in apparent reference to the recent murder of Member of Parliament Dr Lynvale Bloomfield.

Senior technical coordinator in the education ministry, Marlon Morgan drew the ire of social media users when he suggested that it was ironic that Bloomfield was killed after he and other opposition MPs voted against the extension of the states of emergency across several parishes.

"Guess who was among those who voted to discontinue the SOE because gunfire wasn't barking all around him in Passley Gardens as they do in Norwood, Flanker, Salt Spring and other challenged communities?" Morgan wrote on Facebook. 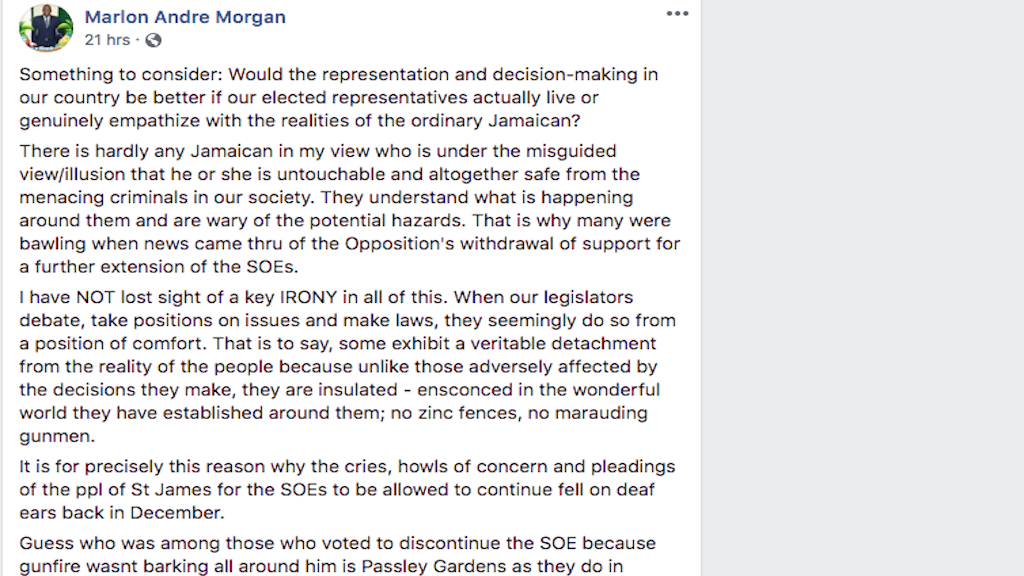 "Many like him, dont expect or even remotely anticipate the fate that befalls sooooooooo many of their brothers and sisters from day to day in this country to befall them. That kind of travesty and hypocrisy stinks!" he continued. "A dat deh pan mi mind inna di night yah. Di travesty! Di hypocrisy! The honourable gentleman didn't conceive of murder turning up at his door. But he, like the rest of his colleagues, if their vote back in December is anything to go by, was ok with it turning up at the doors of others."

Bloomfield, who was in the middle of his second term as an MP for east Portland, was found with multiple stab wounds in his bedroom at his Passley Gardens home in the parish shortly after 10:00 am on Saturday. His body was discovered by a household employee.

Morgan's post triggered backlash from many social media users. Among them was People's National Party Councillor for the Papine Division in Eastern St Andrew, Venesha Phillips, who expressed disbelief at the comments.

"Marlon did politics really do this to you? So Bloomfield’s slaughter was one of those dire consequences?" Phillips said.

"I’m in tears because you are supposed to be part of the future of Jamaica Marlon. Don’t let politics do this to you bro please don’t give up your very soul," she added.

Garcia Swaby meanwhile described his statement as "a downright shame".