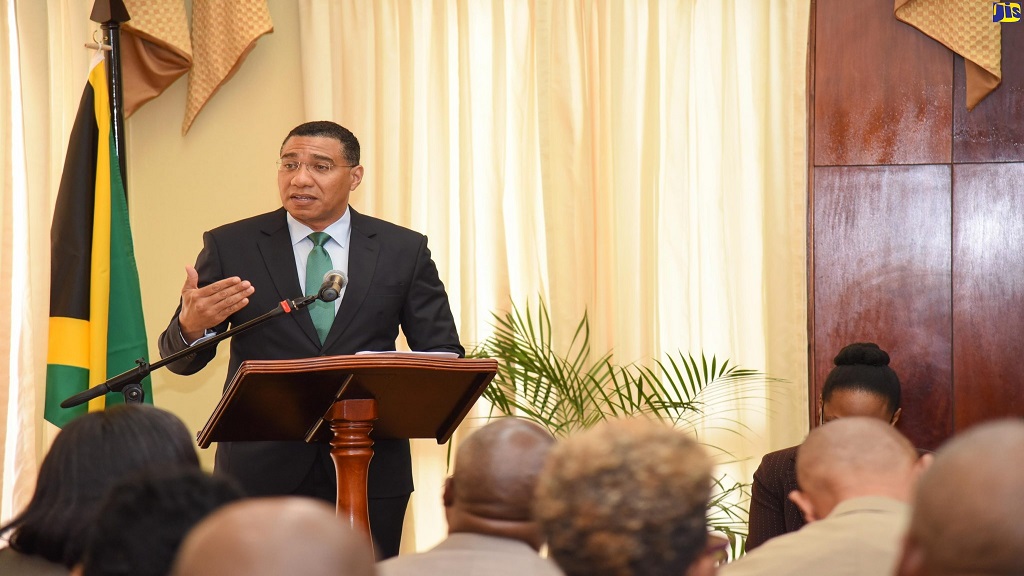 The Government has ordered some 80,000 kits that are expected to arrive in the island in October as it moves to broaden testing for COVID-19 with the introduction of antigen or rapid testing.

This has become necessary as Jamaica has recorded more than 4,000 cases of the coronavirus in just seven weeks, to push the country's tally to 5,270 cases and 75 deaths as of Tuesday.

The results of antigen tests could be available within 30 minutes. This contrasts sharply with the gold standard PCR test, which can take several days or even weeks for results to be known, and which is also more expensive.

Prime Minister Andrew Holness, who made the announcement of the expanded testing on Tuesday during a virtual Jamaica House press conference, said private laboratories are to be engaged. He said the antigen test is to take place at all major hospitals and health centres, certified private laboratories and the National Public Health Laboratory.

“Effective October, we will be expanding our testing to include the use of antigen testing following the WHO/PAHO (World Health Organisation/Pan-American Health Authority) approval,” Holness stated.

He said antigen testing is to be conducted on persons who are symptomatic.

The prime minister further said that while the PCR test remains the gold standard, antigen tests achieve a high degree of reliability at a fraction of the cost when they are used strategically.

For his part, the Minister of Health and Wellness, Dr Christopher Tufton, who also addressed the press conference, said the training of critical personnel to conduct the tests is currently taking place ahead of the test kits arriving in the country. He said the antigen test is more than 90 per cent accurate when applied when persons are showing symptoms.

“We expect that the antigen test will significantly ease the burden and the wait that persons sometimes experience because they have to wait on the PCR test,” said Tufton.

He also said all private laboratories conducting testing will be mandated to report the results of their tests to the Health Ministry.

Meanwhile, Holness stated that the pre-testing requirements for entry into Jamaica under the controlled entry programme remain the same for both tourists and residents. He said it will remain in place until a review that is currently taking place is completed.

Of note is that the United States, the country from which a majority of visitors and residents arrive, is seeing an increase in the positivity rate in the number of persons testing positive for COVID-19 in many states. Only five US states have reportedly met the one per cent or less positivity rate.